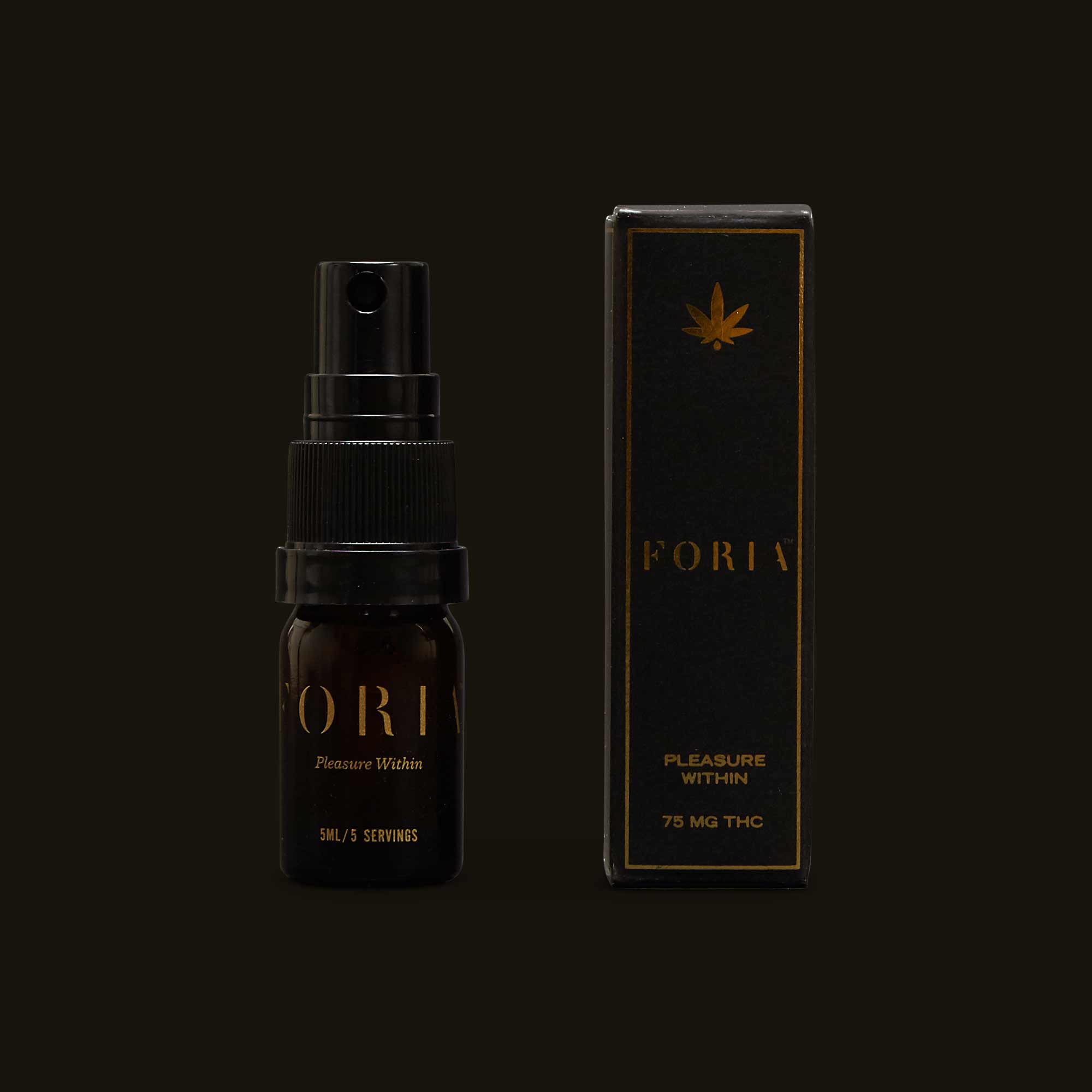 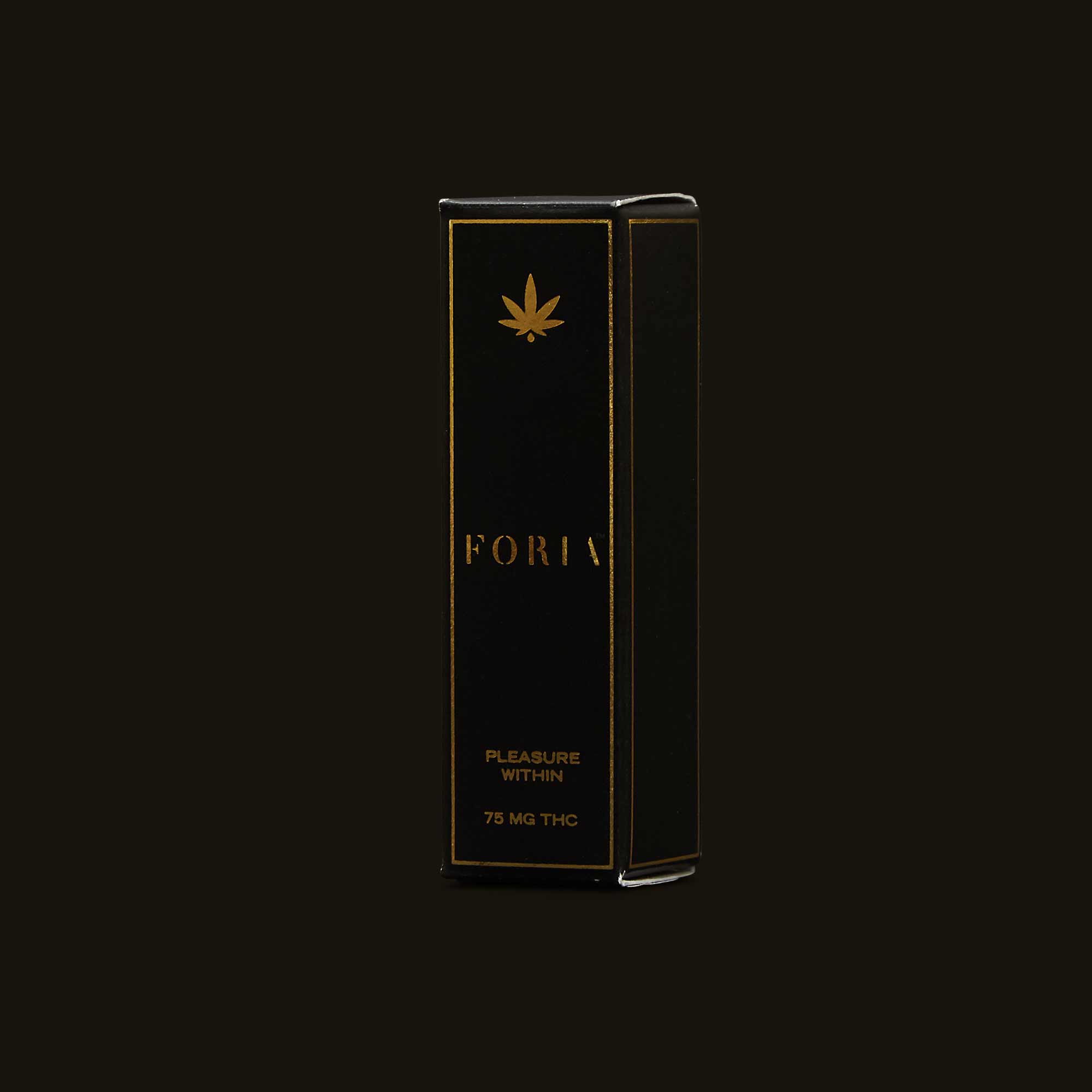 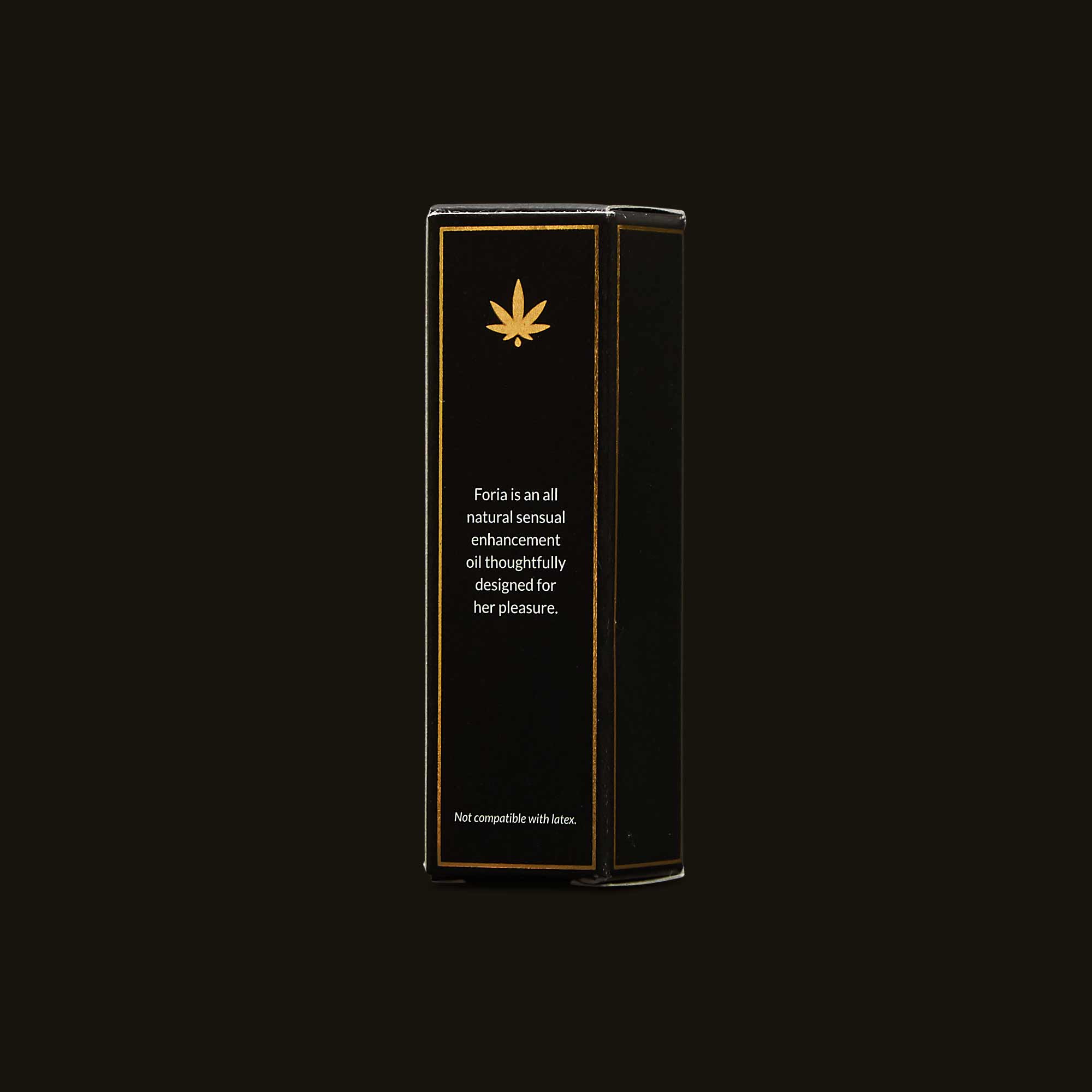 As our committee rates FORIA Pleasure Within, we capture their experience in real time through our ratings app and report everything back here.

Weed Lube Gave Me +1 Orgasms And A Ke$ha Boner

I planned a night full of post-BBQ sex, lube, and secret pop shows. What could possibly go wrong?

“The third ingredient listed is ‘love.’”

So began my saga with Foria, a lube made of—you guessed it—weed, coconut oil, and an abstract concept that’s the subject of just about every pop song ever made. My friend was cradling the relatively tiny $88 spray bottle in her hand, reading the ingredients aloud, and laughing her ass off. Already, no one was taking my weed lube review mission seriously.

Foria won’t get you high in the “head high” way that you experience when you smoke. It’s meant to be used as a topical to enhance sex by making the vagina—for lack of better words—more chill. Users say they experience a feeling of muscle relaxation and tingling that makes it easier to have an orgasm or multiple orgasms. Instead of being like the “tampon soaked in vodka” express lane to blackout city of college folklore, Foria is like giving your vagina an edible and telling it to calm down for a few hours.

I snatched the bottle back.

“Foria is like giving your vagina an edible and telling it to calm down for a few hours.”

My friend cackled. Luckily, her cynical ass wouldn’t be the one using the weed lube with me. A guy friend who I’d slept with before agreed he’d partake. I was set. I had an evening filled with plans: a friend’s birthday party and a sexual experiment involving cannabis/love-infused lube. It was at this moment the lord decided to test me.

“What are you doing tomorrow at 2am?”

This cryptic text from my friend who’s always getting me into weird Hollywood things was about to ruin all of my plans. I knew it. We went back and forth for a while. I asked around. Finally, my fate was sealed: The next night, on the night of my weed-sex extravaganza, there would be a secret Ke$ha show at an after-hours spot at 2am. I fucking love Ke$ha. I had to make a choice: weed sex or pop song love?

“It was easier to be turned on in that moment without anything else, which is weird for me.”

The night before my big night out, I sprayed Foria on my vagina and waited. Visions of the “Your Love Is My Drug” video swam in my head. I was distracted by my predicament. Somehow, I’d have to attend a birthday party, have sex, and leave the sex to see a secret 2am show all while managing to take notes. After a very long hour of worrying, I noticed the “warmth and tingling” I’d read so much about. It took a while to kick in. It was easier to be turned on in that moment without anything else, which is weird for me because I usually need visuals or some other form of stimulation that’s not just, uh, my hands.

While Foria did work a certain kind of low-key magic on me while I was alone, I was almost less into it because I was so excited to use it for sex. My sex life is good as is, but what if weed lube was the key to unlocking consistent orgasms? As it stands, I really only experience orgasms during sex when I’m in control of the positioning. They’re never spontaneous. Using weed lube alone, with so much to distract me, felt like eating snacks before Thanksgiving dinner; it just felt like sabotage.

The next day, I woke up to no less than five texts about Mira Gonzalez’s piece on Broadly about drinking an entire bottle of weed lube and being high for three days. I felt sort of terrified. I also felt like I’d been challenged to a duel. Obviously, if Mira ate the lube, I had to eat the lube. I didn’t want to rip off her idea, but I also didn’t want to miss out on a potentially great idea. Foria’s packaging confirmed it could be used as an edible. I made a mental note to liberally spray Foria in my mouth later that evening.

The night really began with attending a birthday dinner for a friend, which was key to my grand plan. Foria’s site said that eating a “fatty meal” before application can make it work better and faster, which I guess is why three Korean BBQ courses and four hours later, I ended up in the bathroom of the Hollywood Dave & Buster’s, shamefully spraying weed lube on myself in the corner of a handicapped stall. About an hour and a half after that personal low, I went to my friend’s place to have sex. I was feeling neither warmth nor tingling upon arrival. We sprayed the Foria in our mouths and I applied even more of it. Liberally.

“I wasn’t shaking, but there were muscle contractions.”

Within a few minutes of him doing his best work, I was experiencing something orgasm adjacent, something I can best describe as one third of a Very Good Orgasm. I wasn’t shaking, but there were muscle contractions, and I felt more turned on than I ever had been via foreplay in recent memory. I started to feel kind of high, but I couldn’t tell if it was the fact that I sprayed it in my mouth or that I’d just had a sort of orgasm. The actual sex felt like there was added friction involved, which struck me as weird, because, “lube.” Right?

I was trying not to think too much. At the same time, I was taking stock of everything I felt. Was I high or turned on? The added friction felt good, like I could feel everything that was happening more than usual. Maybe that’s the “warmth” everyone referred to in reviews. Having a second orgasm seemed like it wasn’t going to happen, even though everything felt better than usual.

And then it did. It wasn’t earth-shattering or particularly different, but the timing of it caught me off guard. While Foria wasn’t totally game-changing, it definitely delivered something pleasurable. Afterward, I stood up and felt dizzy. I realized I’d been holding my breath. That didn’t seem to fit the “makes you more relaxed” description I’d read of Foria earlier, but I was pleasantly perplexed. Luckily, I had plenty of time to contemplate this in the Uber on the way to see Ke$ha. I felt like a piece of shit for leaving right after sex, but I’d briefed him on the situation beforehand. Incidentally, it was a lot like a Ke$ha song about leaving someone right after sex.

At the show, I told my friends about my exploits as we waited for Ke$ha to take the stage. A half hour went by. Then two. It was too late to get drinks and leave our spots in the front row. But I still had my trusty Foria in my bag. I decided to be a friend and spray a ton of it in two of my friends’ mouths, then doing the same for myself. Another hour went by. I felt incredibly tired. As my eyelids began to shut, Ke$ha took the stage. In a short set, she guzzled fake blood, spit beer on us, and gave a tear-jerking speech about not letting anyone dull your shine. I felt reborn. I also felt too high to stand. Was I even standing anymore? At the end of the show, I stumbled outside, barely able to open my eyes or feel my gums. Yup. Foria was definitely a powerful edible.

After I finally got my eyes open and figured out how to open my front door and get in my bed, I laid awake for a few minutes. Which part was best? The solo stuff? The sex? The edible high combined with being spit on by one of my favorite pop stars? I couldn’t decide. Perhaps this is the biggest selling point of Foria: When used incorrectly, liberally, and by someone with an open mind, it can lead to multiple pleasurable, albeit questionable, experiences.

Be the first to review FORIA Pleasure Within from Foria and help others find their high.