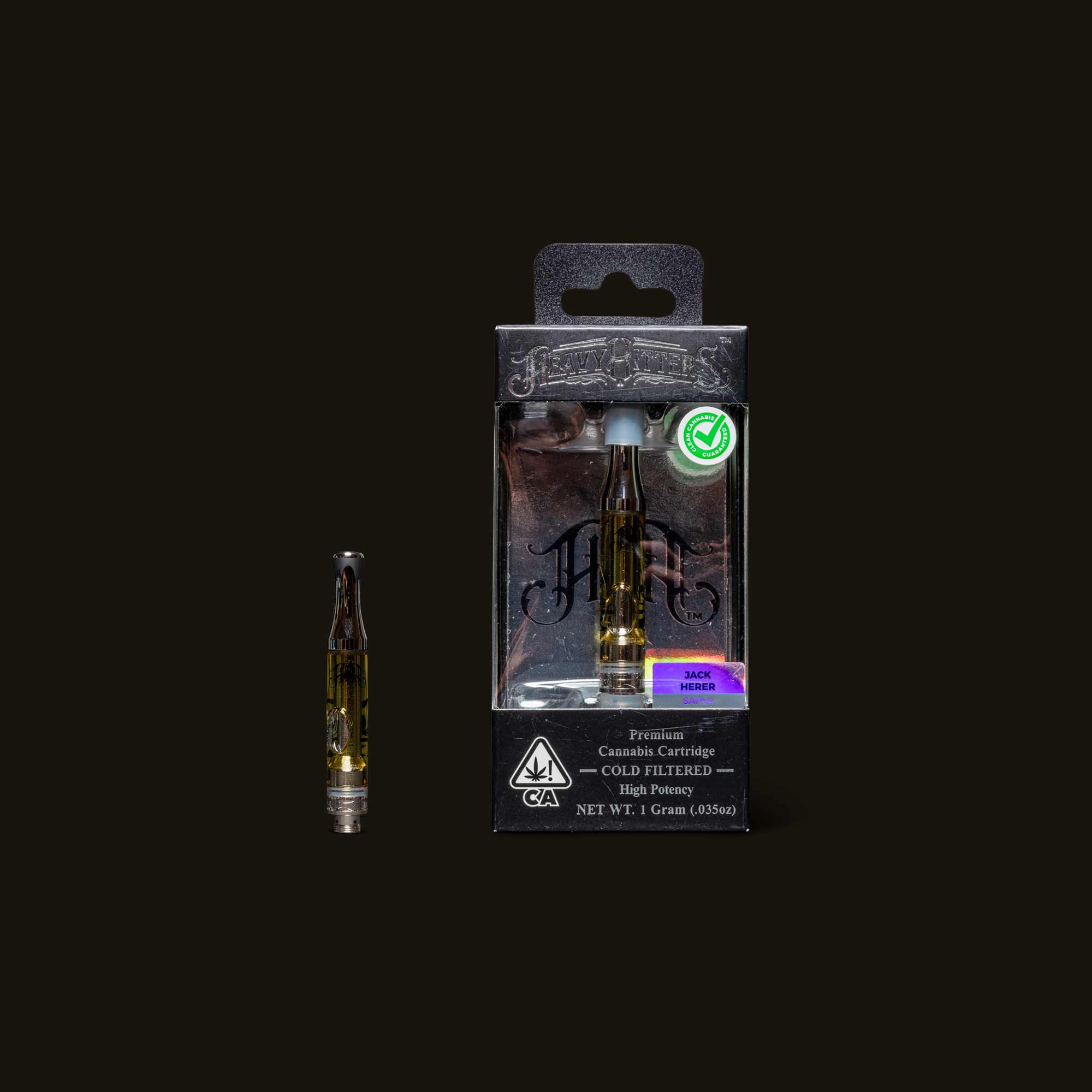 Heavy Hitters' Jack Herer Cartridge is earthy and uplifting, but don't underestimate the head high. The powerful hazed behind the eyes will likely leave you looking through rose-colored glasses. Take a few hits when you're in need of a mood boost, especially if it's early on in the day and you need to keep your energy up.

Ranked 83 of 213 in Vape Pens for feeling Euphoric. 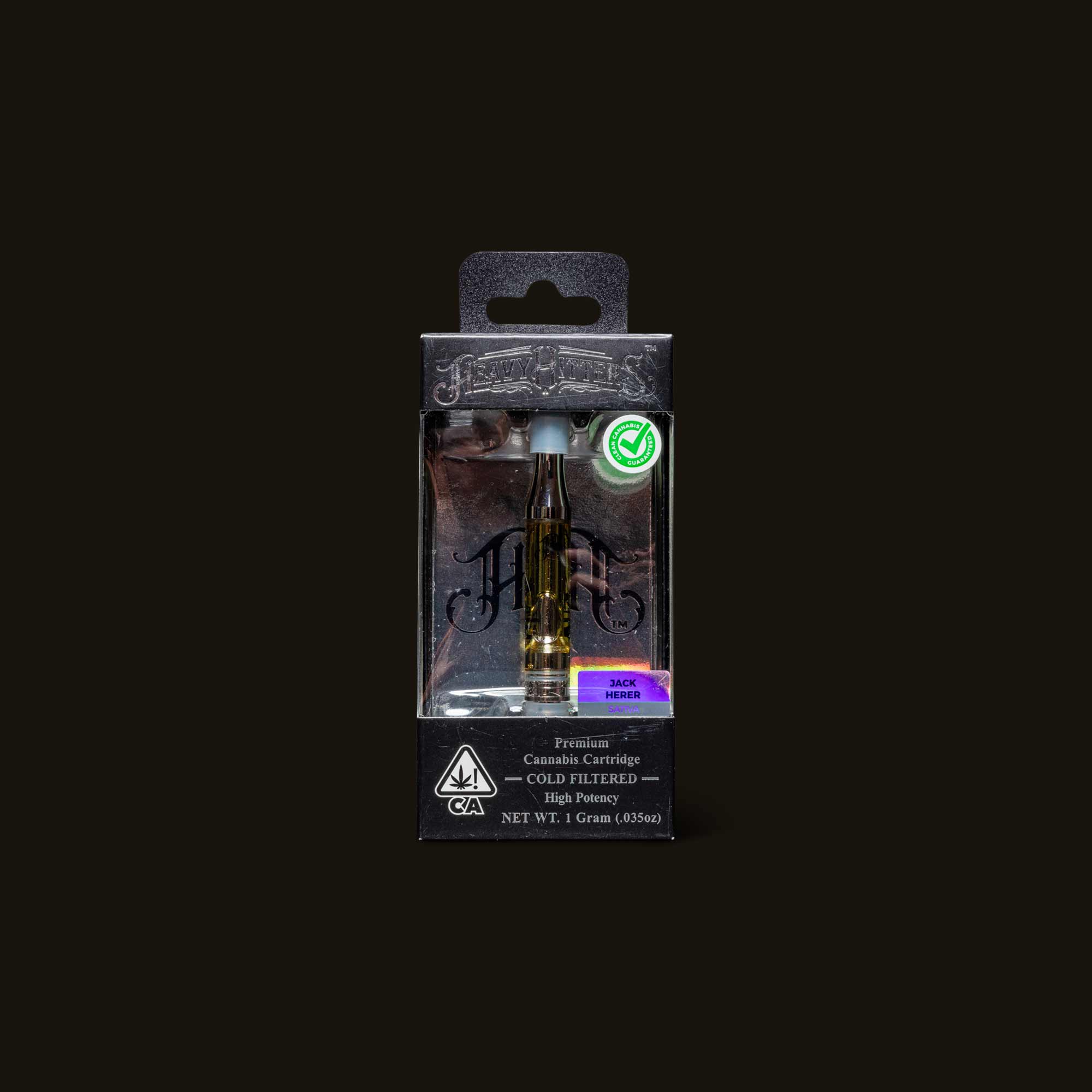 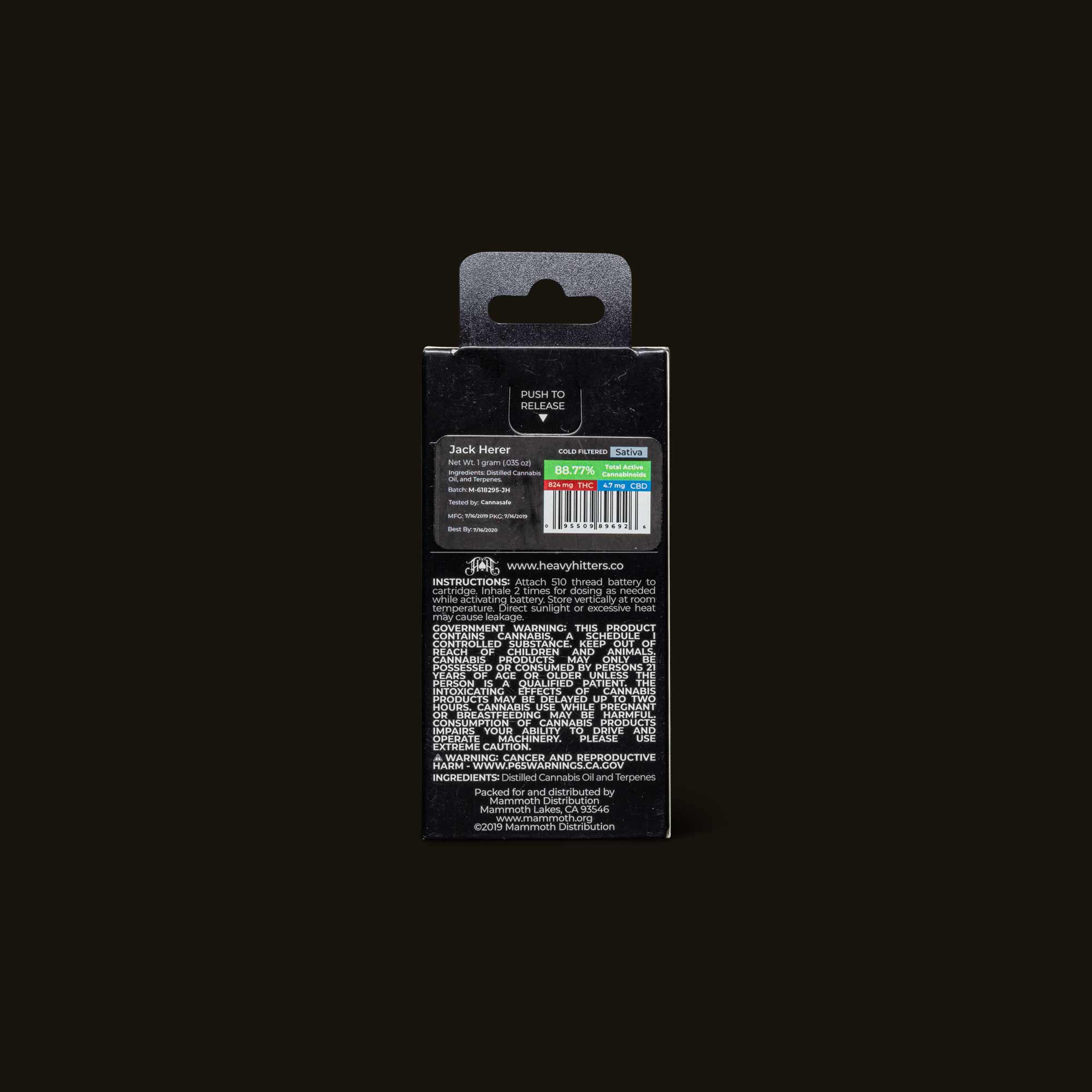 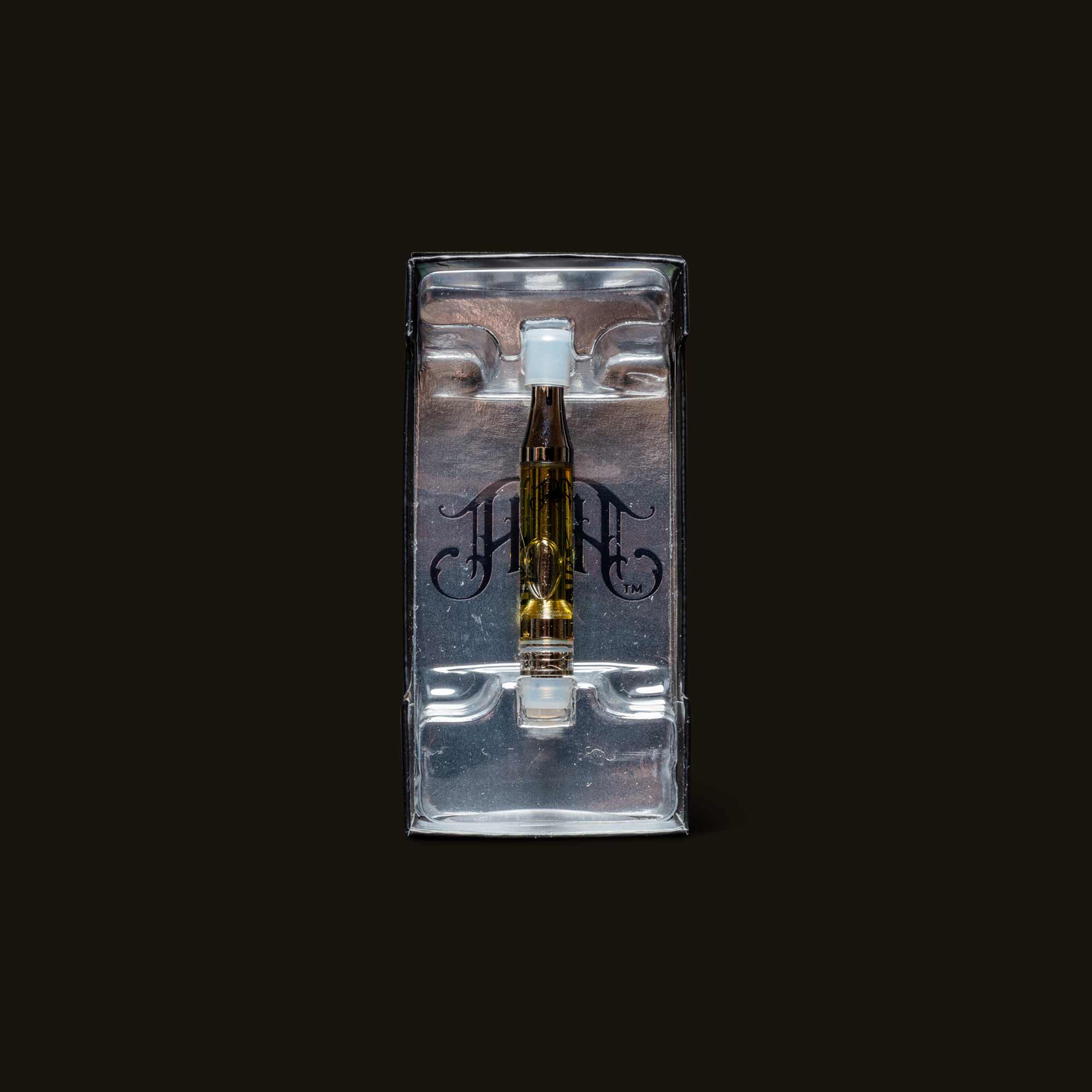 As our committee rates Jack Herer Cartridge, we capture their experience in real time through our ratings app and report everything back here.

Ranked 83 of 213 in Vape Pens for feeling Euphoric.

The blissful nature of this vape complemented a family outing perfectly, whether or not I was good at hiding it.

This Jack Herer vape cartridge from Heavy Hitters is a smooth-hitting sativa that quickly instills the smoker with a sense of energy and optimism that is the footprint of the Jack Herer flower. While the taste was a departure from what I’m used to with this strain, the effects were undeniable. I felt a quick onset of excitement that flowed nicely into a sustained high—all without the anxiety commonly associated with sativas.

“I could feel my batteries recharging in real-time.”

I partook of this vape during a weekend away from home, surrounded by family. Vape pens are always de rigueur in such situations, due to their covertness and lack of odor. I fortified myself often with this Heavy Hitter vape cartridge as it provided me with the sort of good-naturedness and patience that one requires in order to deal with much of my kinfolk.

In the spirit of family outings, we went to a local reservoir called Whiskeytown Lake. It’s a recreational area set in the Shasta-Trinity National Forest and I could hardly think of a better place to get high. Nature’s grandeur was laid out before me in stunning technicolor and my Jack Herer Heavy Hitter vape acted as a sort of oral walking stick. Coming in at 82.4% THC, it helped me appreciate each step and breath I took while running my dog through his first snowfield. As my nieces and nephews joined in the chase, I could feel my batteries recharging in real-time.

There was an attempt to build a snowman but the quality of the snow didn’t lend itself to that. Instead, we engaged in an impromptu snowball battle that I took way too seriously. I simply would not allow myself to be bested by a gaggle of ten-year-olds. One who is vaping something called a Heavy Hitter does not merely lay down his arms in surrender.

As we left our scenic wonderland, we decided to make a stopover at the Old Shasta County Courthouse Museum. It showcased much of the pioneering history of the area and in the basement, one could find a hologram of what is supposed to be a condemned man waxing rhapsodically about train robberies and the like. I must have stared at that hologram for a good ten minutes before my youngest niece tapped me on my shoulder and reminded me there were other exhibits to see.

One of those exhibits was a replica of the gallows they used during the Old West. Thankfully that was located outside. I quickly hid behind a stack of novelty wine barrels to sneak another puff before I wrapped my head around the hangman’s noose (so to speak). The kids were half scared and half riveted at this point. I was completely high.

“I lingered in the rain for no other reason than it felt invigorating.”

A decent case of the munchies had now stricken me so I made my way to the General Store next door. It was decorated as one would picture a late 19th-century gold-mining community convenience store to look like. I purchased a giant chocolate chip cookie and herbal tea, which complimented this high well. I had to hide behind an old decorative wagon to eat the cookie because I knew my sister’s kids would ask for a bite and I was too famished to relinquish any. I wasn’t proud of this.

Together with a mild case of dry eyes, this made up the extent of my side effects. The clouds began to darken overhead and a mighty wind was picking up. Soon cold showers would start to pour down and while others ran for cover I lingered in the rain for no other reason than it felt invigorating. It is hard not to be grateful when you are surrounded by family and rustic natural beauty. This cold-filtered distillate allowed me to take a step back and notice such moments. It is during these times that one is filled with a deep sense of blissfulness that is so often associated with the Jack Herer strain.

Upon return to my sister’s house, I quickly doubled down on my high and took a dip in the outdoor jacuzzi. If you haven’t been high while taking a soak in a hot tub during a cold winter’s day, then this is an experience you may want to seek out. The sight of me submerging myself in bubbling hot water drove my dog into a nervous fit. Clearly, he thought I was in danger of drowning and in his attempt to save me fell into the nearby pool himself. I had to spring out of the jacuzzi and pull out the little fella’ by his collar. At this point, we were both on the verge of hypothermia, so I went back inside and covered us both in towels.

I was now properly melting into the couch after the day’s adventures. My dad saddled up next to me and asked if he could try the vape pen I had apparently not been too stealthy about after all. This marked the first time my father and I got high together, thus making this cartridge not only a means for realizing the beauty right in front of you but also as a bonding experience.

Maybe it’s apropos that Jack Herer was seen to many as the father of cannabis rights and here I was passing the pen back and forth with my own father. Growing up I could hardly imagine such a thing. Come to think of it, I could hardly have even imagined the legal availability of cannabis itself. My how times have changed.