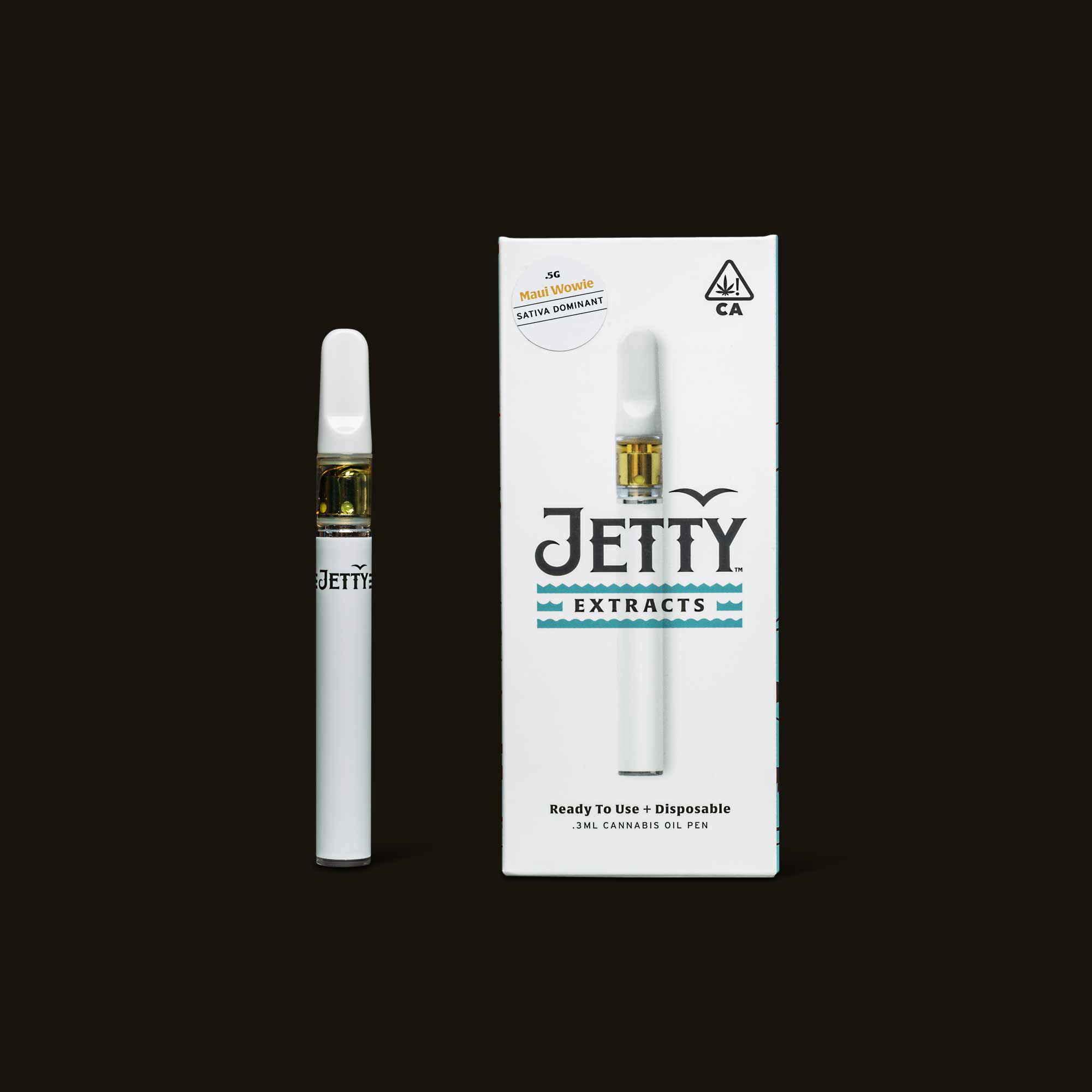 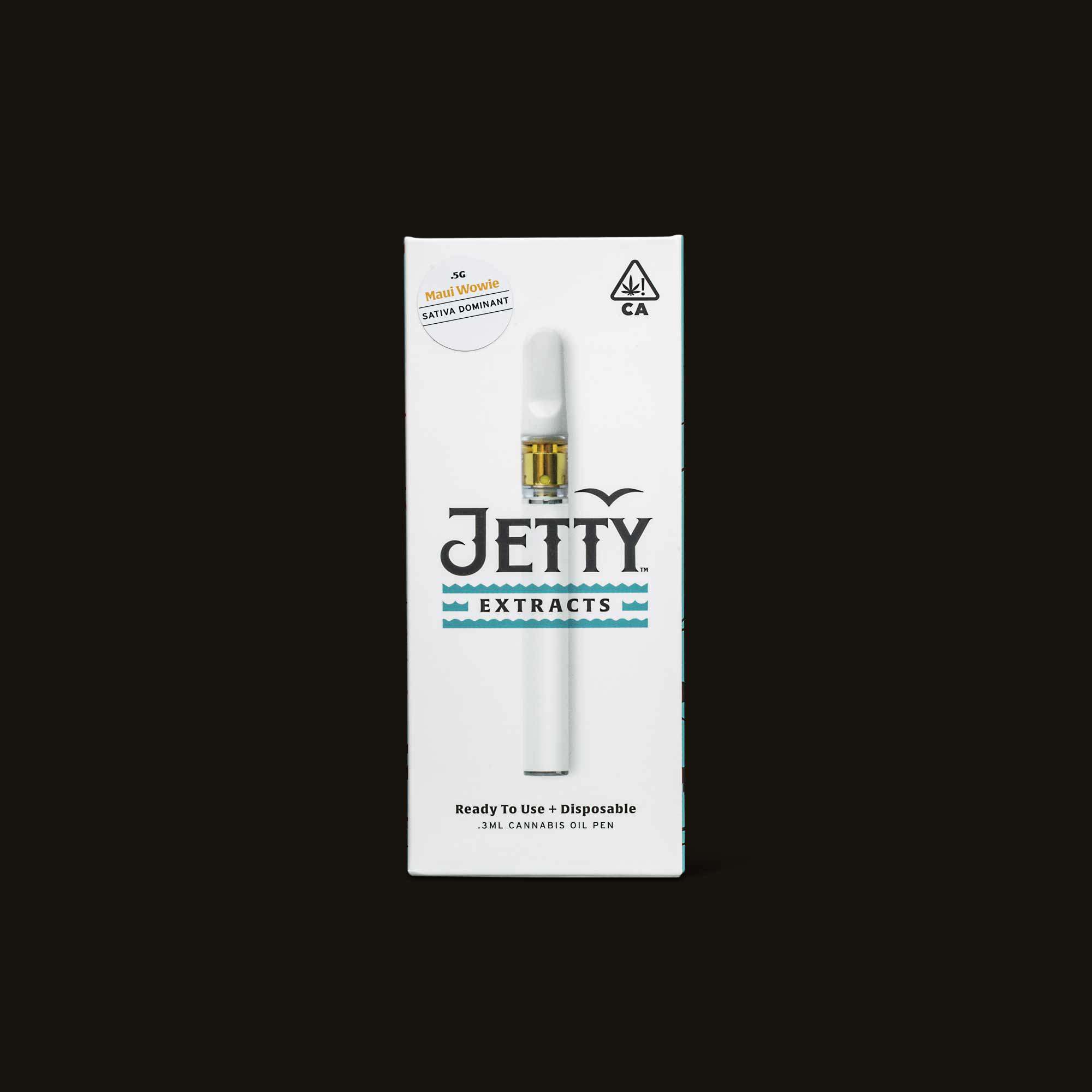 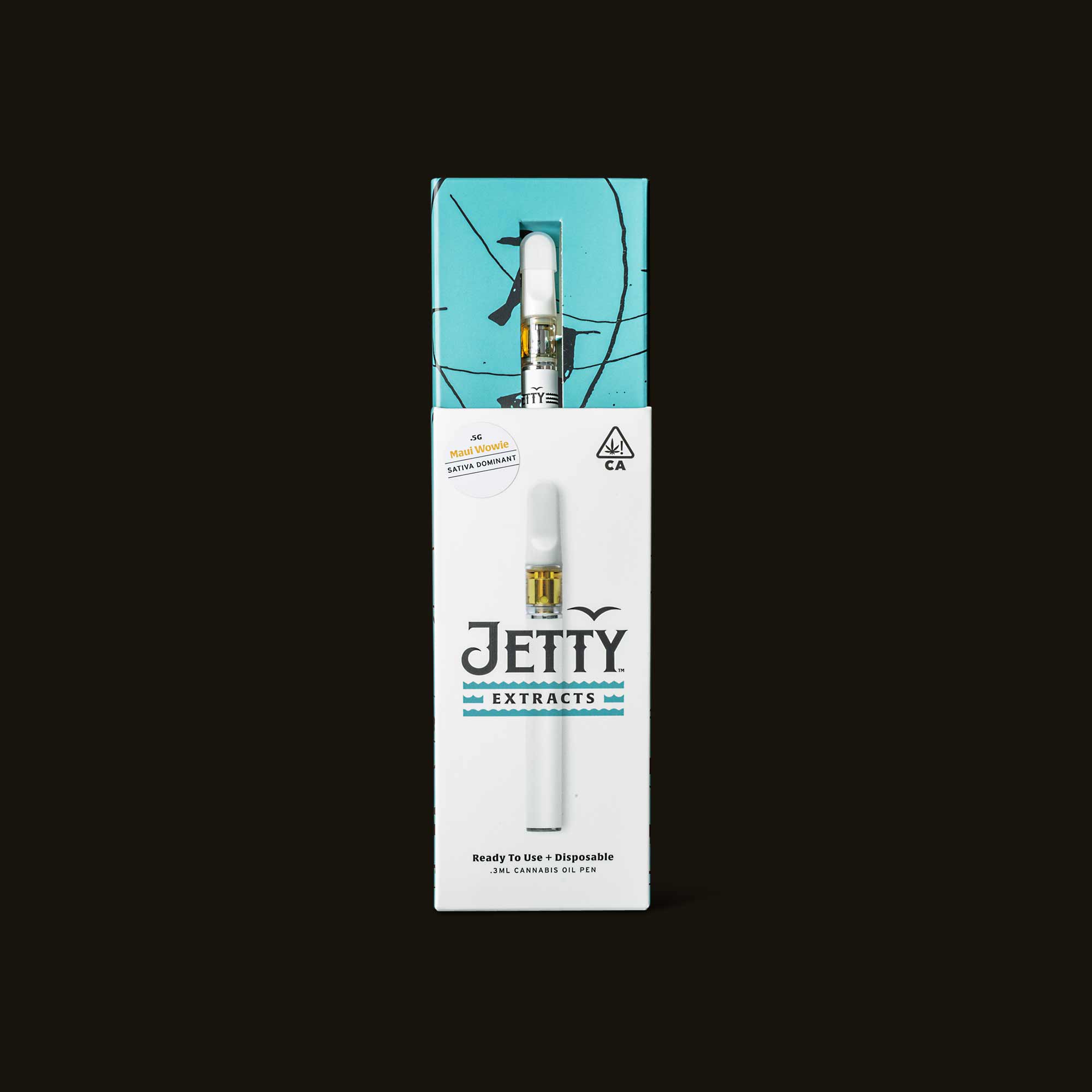 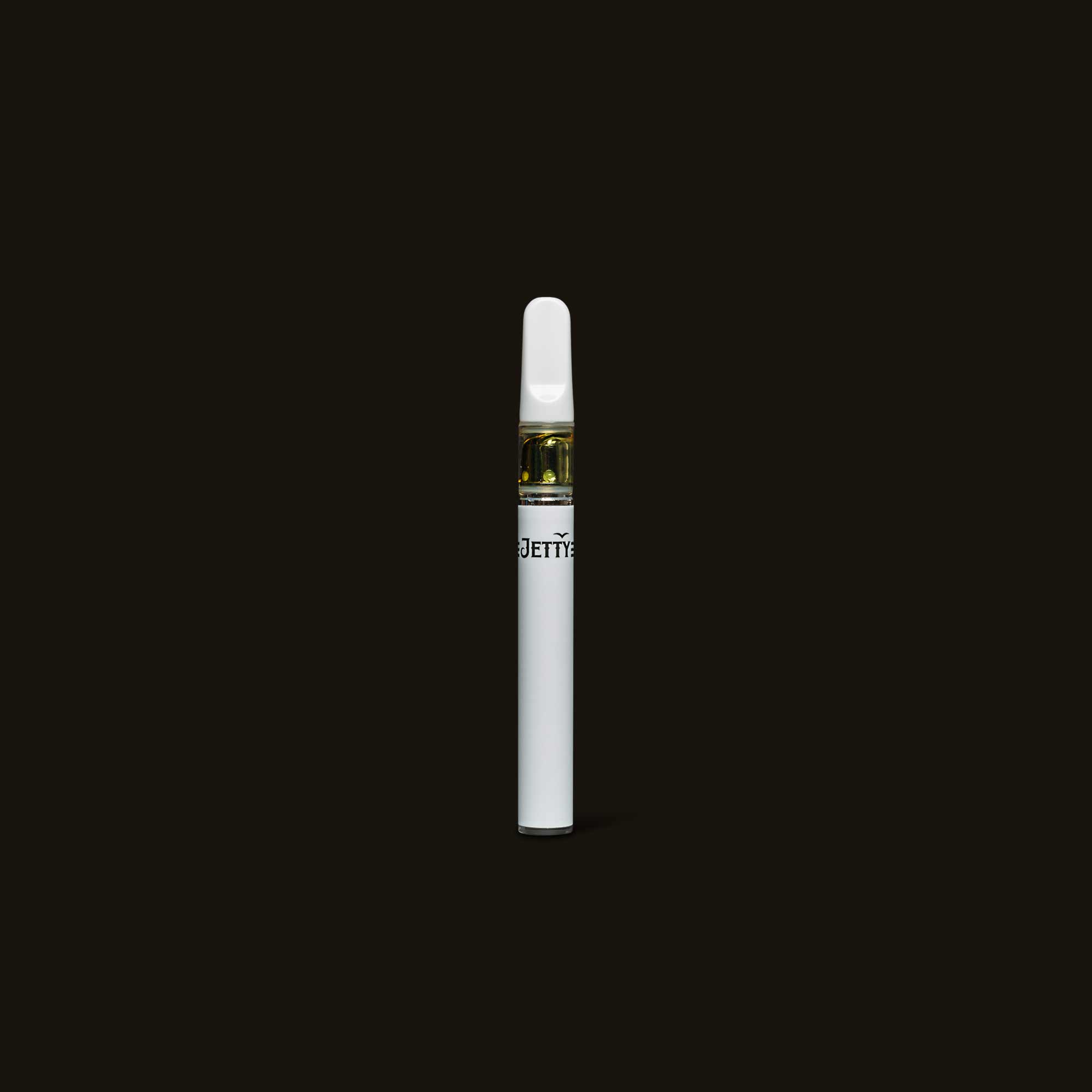 As our committee rates Maui Wowie Disposable, we capture their experience in real time through our ratings app and report everything back here.

Nature Looks Good On This Vape

If you're looking to run an extra four miles or enjoy the hell out of sunshine and shadows, this is the vape for you.

IN REVIEW: If you're looking for an introspective high that will see you through an endurance run, look no further. Just be warned that Jetty Extracts' Maui Wowie disposable vape will encourage you to get outside and explore, so make sure the weather and/or your wardrobe is ready to support that.

Jetty Extracts’ Maui Wowie vape pen is a sleek entry into the disposable vape market. This strain has been around for close to four decades now and is best enjoyed in the sort of climate it was originally bred in. Luckily I live in Southern California, where sun and heat come in abundance, and thankfully so does a wide variety of cannabis options.

As far as disposables go, this Maui Wowie pen is a euphoric thoroughbred. The taste was layered with sweetness and notes of pineapple shone through. It made me yearn for a more tropical setting—something with a toucan and bongos preferably. It is one thing to imagine and another to do, however, and this strain is a doer. So I decided to create my own little slice of Shangri-La after a series of smooth-hitting pulls.

“The entire process of collecting, washing, chopping, and juicing was an exercise in Zen.”

First I made myself a juice. I used whatever vegetables and fruit I had lying around in that bottom drawer of the fridge. The one that always gets stuck, so I pull it too hard and then it skates across the kitchen floor and I yell out profanities and my dog starts barking from upstairs and the wife asks if I broke anything. That drawer.

This time I was as cool as the week-old cucumber I found. The entire process of collecting, washing, chopping, and juicing was an exercise in Zen. The finished product was a sweet and refreshing concoction that complimented the vape nicely. It was now time to experience this high in the very place this strain flourishes. So what if it was 98 degrees outside?

I took a couple “for-the-road” tokes and grabbed my stylish, fluorescent green fanny pack with water bottle holder attached. I slid the disposable pen into a side zipper and ventured out into the great unknown. My midday jog started off sluggishly but as soon as the sun got a hold of me and the Maui Wowie wound its way through my body, I was off to the races. Truly, I could not have asked for a better workout enhancer.

Normally I turn around at about the two-mile marker, but with this high, the sky was the limit. Between the euphoria, the Native American Drum music I had playing, and the unforgiving heat, I entered a THC-induced autopilot that is as close to a moving meditation as I am likely to get.

Before long I was at the entrance of Pt. Mugu State Park, a mere four miles from home (which meant another four miles back). I took in the majestic peak of Boney Mountain and decided that this location was as opportune as any to finish off what was left of the Jetty disposable. I threw it away in a small trash can adjacent to a park map detailing trailheads and local fauna. I tried to orientate myself by craning my neck towards the mountain range and referring back to the antiquated map.

“The everyday mundanity of life suddenly took on a new luster and with it came a sense of joyful awareness.”

This proved unsuccessful as my attention span was hindered by a high that had reached its zenith. I found myself entering a sort of fugue state, staring at the illustration of an ornery rattlesnake. I started to ask myself important questions like, “I wonder how many rattlers are hiding within my field of view.” It was clearly time to go.

It became apparent that my experience with this vape pen had taken on a different paradigm altogether. What started as a clear-headed jolt of energy had morphed into a Fellini movie of sorts. I began to notice the inherent strangeness of things and became awash in giddiness. There was the man riding his beach cruiser with three identical Border Collies in tow, the lady pounding on the door of a nearby Lutheran church, and the road crew quenching their thirsts with pouches of Capri-Sun. The everyday mundanity of life suddenly took on a new luster and with it came a sense of joyful awareness.

As I turned my last corner for home, I noticed how sensitive I was to both the sun and the shade and how every split-second I spent under the refuge of a palm tree became as refreshing as if I were standing in an icebox. On the flipside, I found every step I took under the blaring sun to be an exercise in purging pain. It was all a matter of perspective. What would normally be an oppressive and draining workout took on the dynamic of human potential being realized.

By the time I got home and cranked the air conditioning, I was on the downward trajectory of my high. While I lamented its short-lived nature, I came to learn that Maui Wowie’s “wow factor” lay in its ability to balance contentedness with chaos—a fitting profile for a plant that was born on an island made of lava. To enjoy this disposable vape within the confines of four cramped walls would be a cardinal sin. Its true magic lies in its outdoor DNA and may be best described with the words of Henry David Thoreau: “I believe that there is a subtle magnetism in Nature, which, if we unconsciously yield to it, will direct us aright.” The same holds true for this venerable strain. Mahalo.