Lagunitas teamed up with AbsoluteXtracts to offer a weed-filled alternative to alcohol. This CBD-heavy option will have you uplifted all day without ever having to worry about going too far or waking up with a hangover. The effects are mild, and the hop-forward flavor mirrors an IPA. If you're looking for something heavier with a buzz that builds like beer, check out their 1:1 option that hits a bit harder.

Ranked 13 of 76 in Beverages for feeling Relaxed. 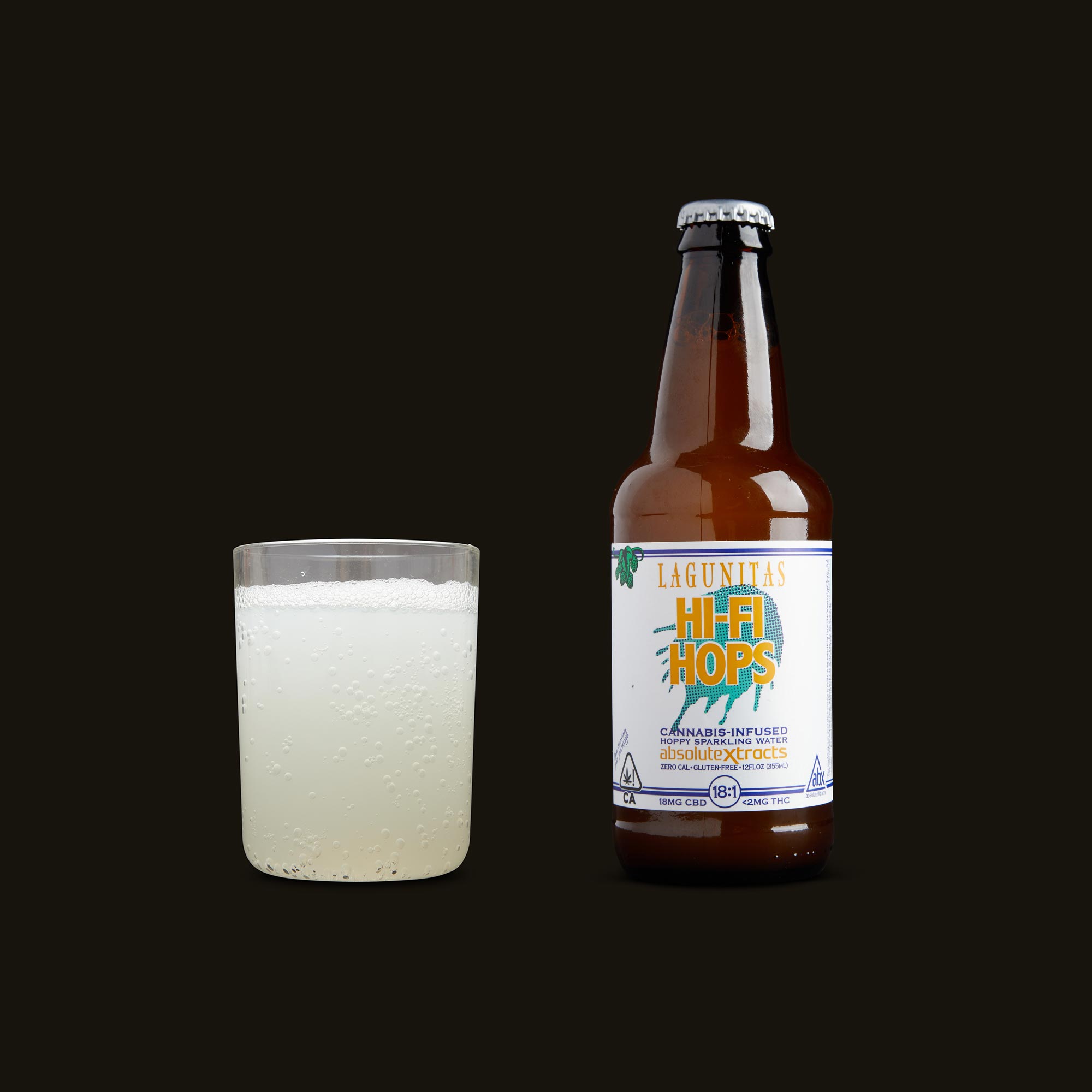 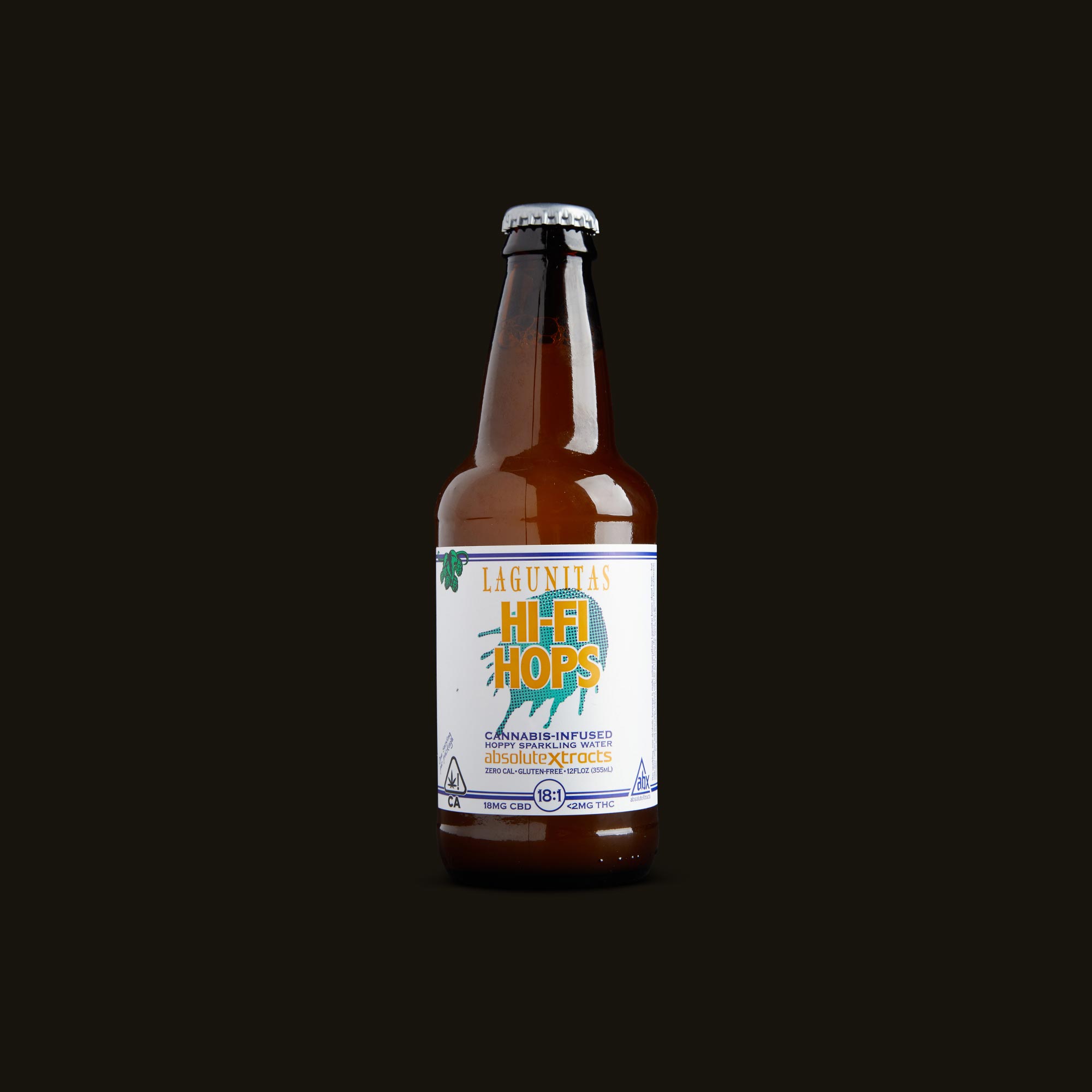 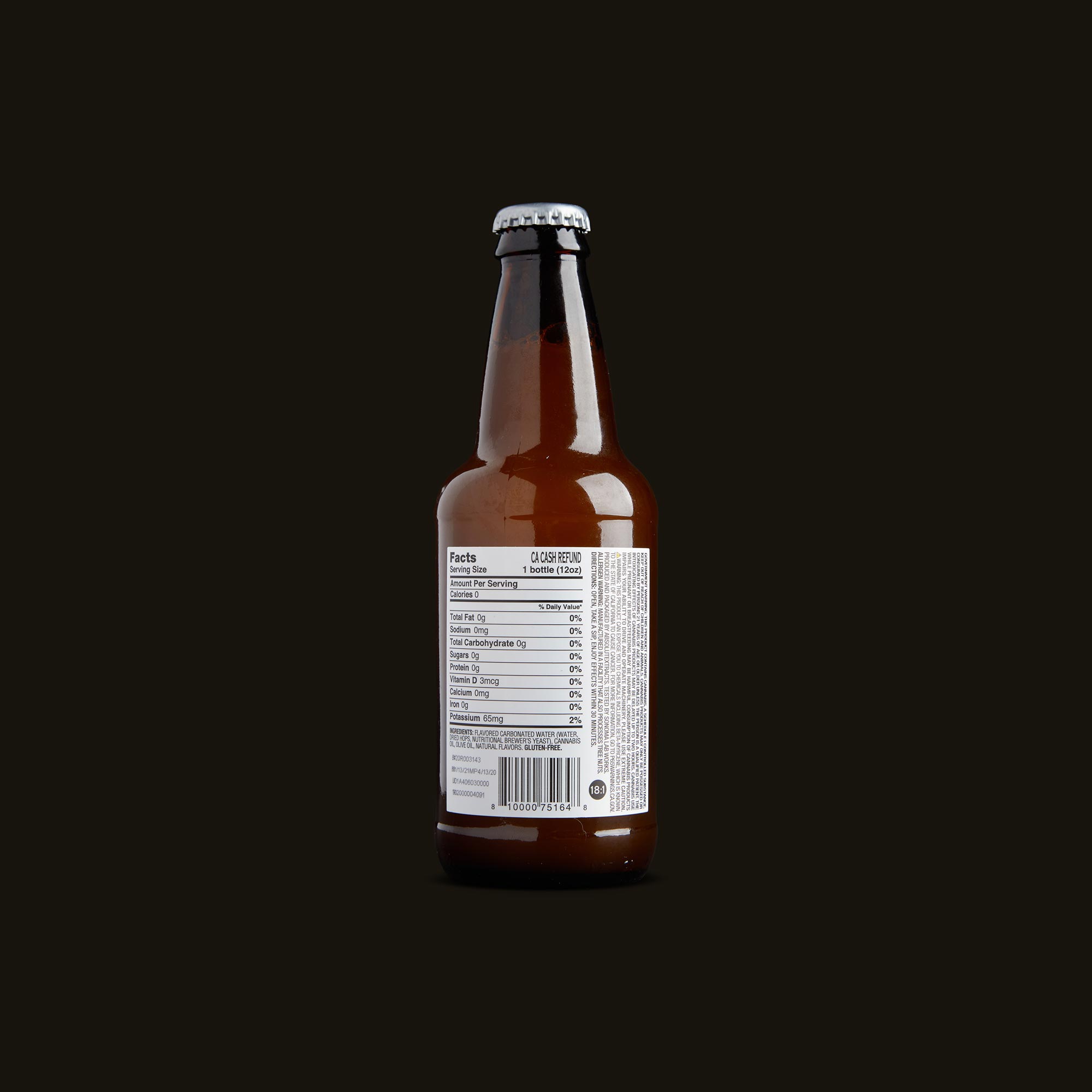 As our committee rates Hi-Fi Hops 18:1 Unplugged CBD, we capture their experience in real time through our ratings app and report everything back here.

Ranked 13 of 76 in Beverages for feeling Relaxed.

Really digging the taste of this hoppy beverage. Nice notes of grapefruit and a really bold aftertaste. Feeling relaxed and clear-headed.

Meet The Cannabis Beer That Leaves You Calm And Clear

Two brands at the top of their game came together to offer us a CBD-heavy beverage full of uplifting effects.

IN REVIEW: Hi-Fi Hops is that new kid that keeps showing up at every party, though no one’s complaining. This alcoholic alternative boasts zero calories or carbs and 18mg of CBD and 2mg of THC, making it a perfect doseable option for day drinking. Take a six-pack to your next socially-distanced shindig, or keep a few in the fridge to unwind after a tough day. Expect to be instantly uplifted and no worse for the wear the following day.

Lagunitas paired up with AbsoluteXtracts to deliver a cannabis-filled, alcohol-free beverage that drinks like an IPA. Taken at face value, the idea of the afternoon beer has always appealed to me, but I rarely partake as it tends to drag me down for the remainder of the day. This 18:1 Hi-Fi Hops had the opposite effect. It’s a hoppy sparkling beverage that took the edge off without any of the caloric or karmic guilt that sometimes comes with a cold brewski.

I enjoyed this beverage mostly while I was doing some yard work. I sipped away as I noted the condition of the garden gnomes and cleared out some leaves. I even got on all fours and fished out the loquats that were stuck between the wooden deck planks. For those of you unfamiliar with loquats, join the club. All I really know about them is that they’re small fruits and that you can eat them, but I never have nor really know how to.

“My mind was finely tuned to puzzle-solving as a result of this hoppy CBD-heavy drink.”

As I plucked these suckers from tight corners, I caught a glimpse of my reflection in the kitchen window and realized I was turning into my father. The only things I was missing were the white New Balance shoes and fishing themed T-shirt.

Dear old dad was a Coors man, and he never did think much about the healing ways of mother ganja. Luckily for all of us, times have changed. Today’s modern man is a delicate beast of paleo diets, designer sneakers, and medicated elixirs. This offering from Lagunitas reimagines beer while tapping into our new health-conscious culture.

I definitely felt less groggy or bloated than I would after a traditional beer, and my focus was a lot clearer. I don’t mean to brag, but I finished the previous Monday’s New York Times crossword puzzle (the easiest day) in record time. At the very least this should tell you that my mind was finely tuned to puzzle-solving as a result of this hoppy CBD-heavy drink. So maybe crack open one of these before you sit down for a long evening of code-breaking or Sudoku solving. At any rate, none of that would even be attempted had this been a regular bottle of beer.

This Lagunitas & AbsoluteXtracts hoppy mashup tastes like a very light Hefeweizen with a spring in its step. It has refreshing notes of grapefruit and a bold aftertaste that lends it some true character. It’s a delicately balanced drink that perfectly straddles the line between craft beer and a sparkling beverage. I could have cleared a six-pack of these while I did my chores and still logged an afternoon workout before the end of the day. Unlike dear old dad, who finished a sixer of Rocky Mountain bullets before halftime of the Sunday morning football game, only to fall asleep by the 4th quarter. Sometimes he could be found in the dog bed of our beloved Saint Bernard, Otis. Later in life Otis became our legal guardian, but that’s not a very interesting story.

The effects of this cannabis drink were mostly soothing in nature. All 20mgs of the cannabinoids I drank were starting to wash over me like a cool breeze. The subtle buzz started in my feet and worked its way up to my head, not unlike those shiatsu chairs you find at the mall. The kind that dig into your problem areas for a dollar a minute and suddenly shut off right as it starts getting good. Like most CBD-heavy products, the life of this high was brief but effective.

“The subtle buzz started in my feet and worked its way up to my head, not unlike those shiatsu chairs you find at the mall.”

It put me in the sort of relaxing mood that’s tailor-made for a Sunday at home. I was clear-headed and content from the onset, and there was little danger of getting too high by cracking open a few more. At only two total milligrams of THC per 12oz. bottle, this is a user-friendly cannabis beer that soothes rather than sedates. With glimpses of euphoria, this drink is a nice choice to take with you to the beach, the slopes, or to just kick back in your own yard to watch the sunset.

I see an Oktoberfest for medicated-beer aficionados somewhere in the not too distant future, with lederhosen and cannabis as far as the eye can see, and an Oompah band with a very chill jazz drummer. A world where bar fights are a thing of the past and hangovers have been eradicated. It’s a lofty dream, but Lagunitas more than makes its case with their Hi-Fi Hops brew.

Be the first to review Hi-Fi Hops 18:1 Unplugged CBD from Lagunitas and help others find their high.