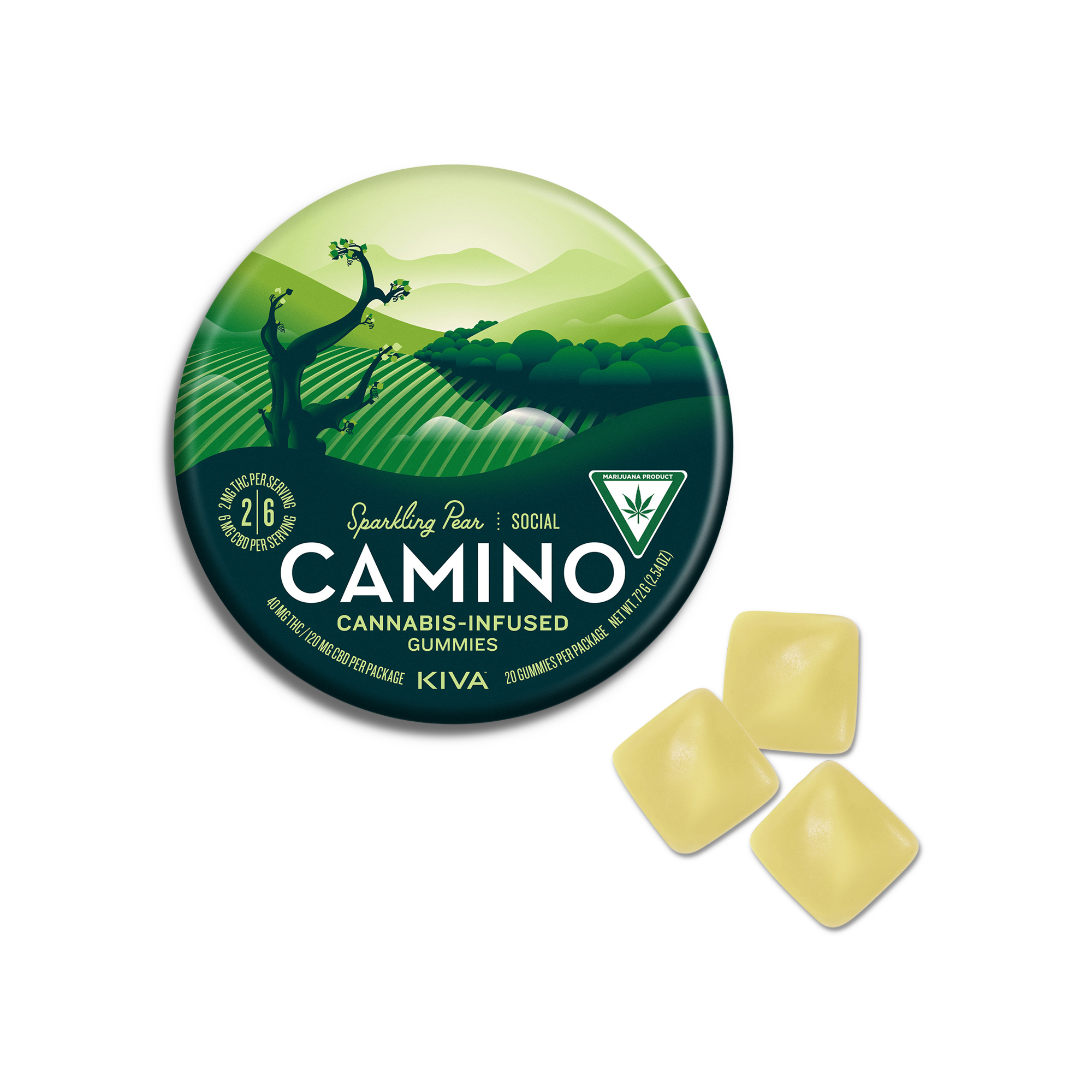 As our committee rates Camino "Social" Sparkling Pear Gummies, we capture their experience in real time through our ratings app and report everything back here.

Smooth shape felt pleasant in my mouth. My tongue immediately caressed the small, plump sparkling pear gummi. The taste - delicious. Within a couple of hours I felt relaxed and wanted to melt into my vegan leathery chair. Kiva Convections, you've got a new fan.