Ranked 3 of 374 in Edibles for feeling Relaxed. 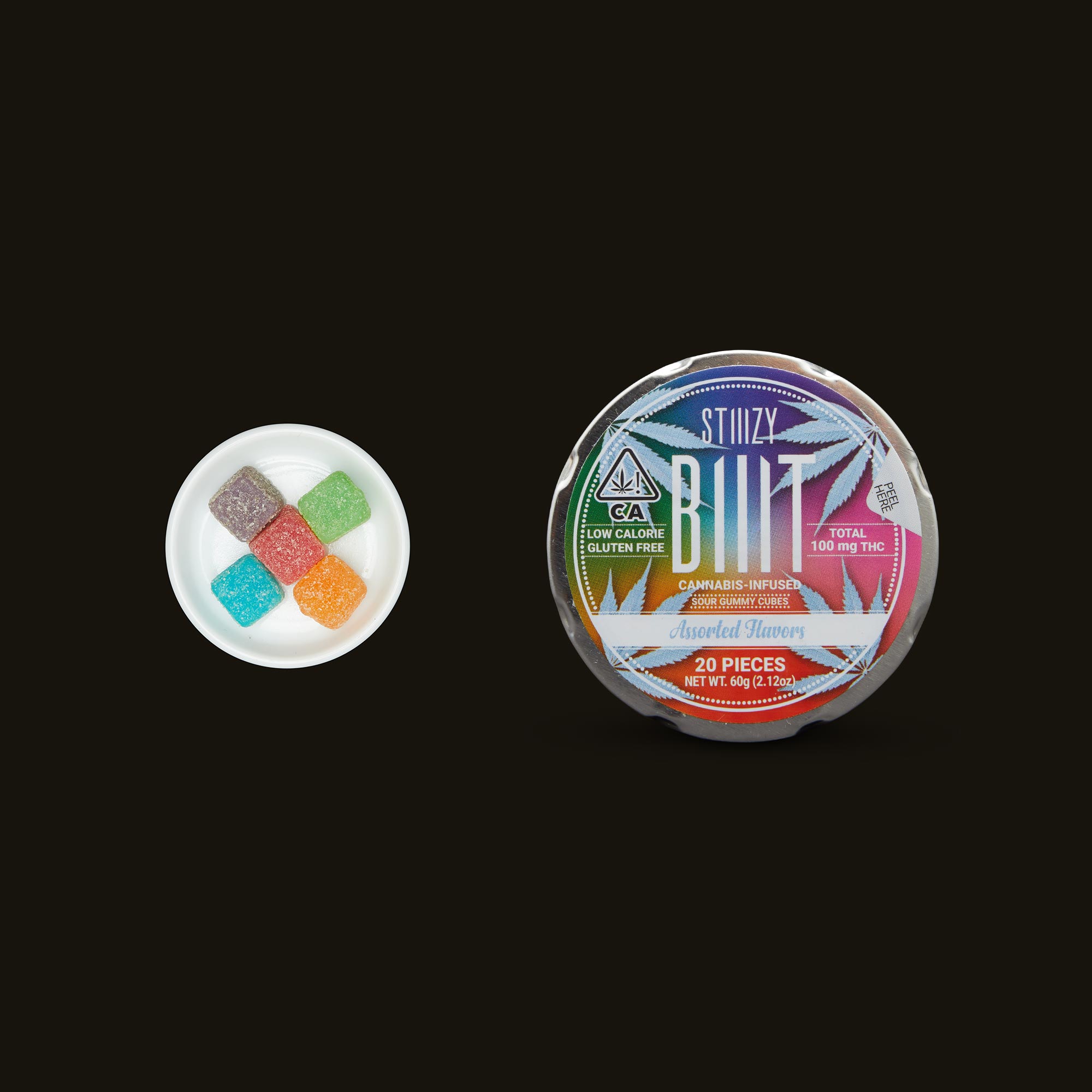 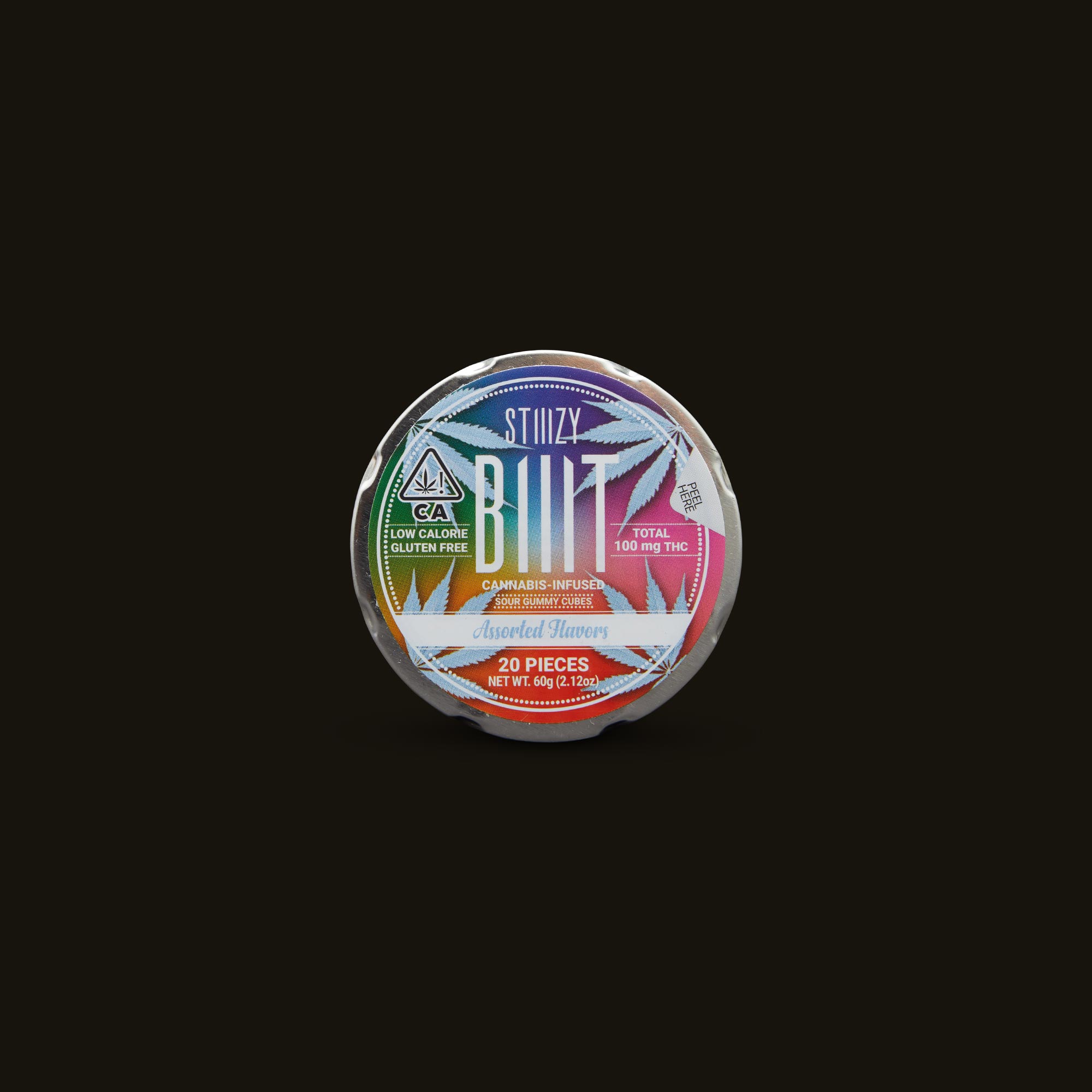 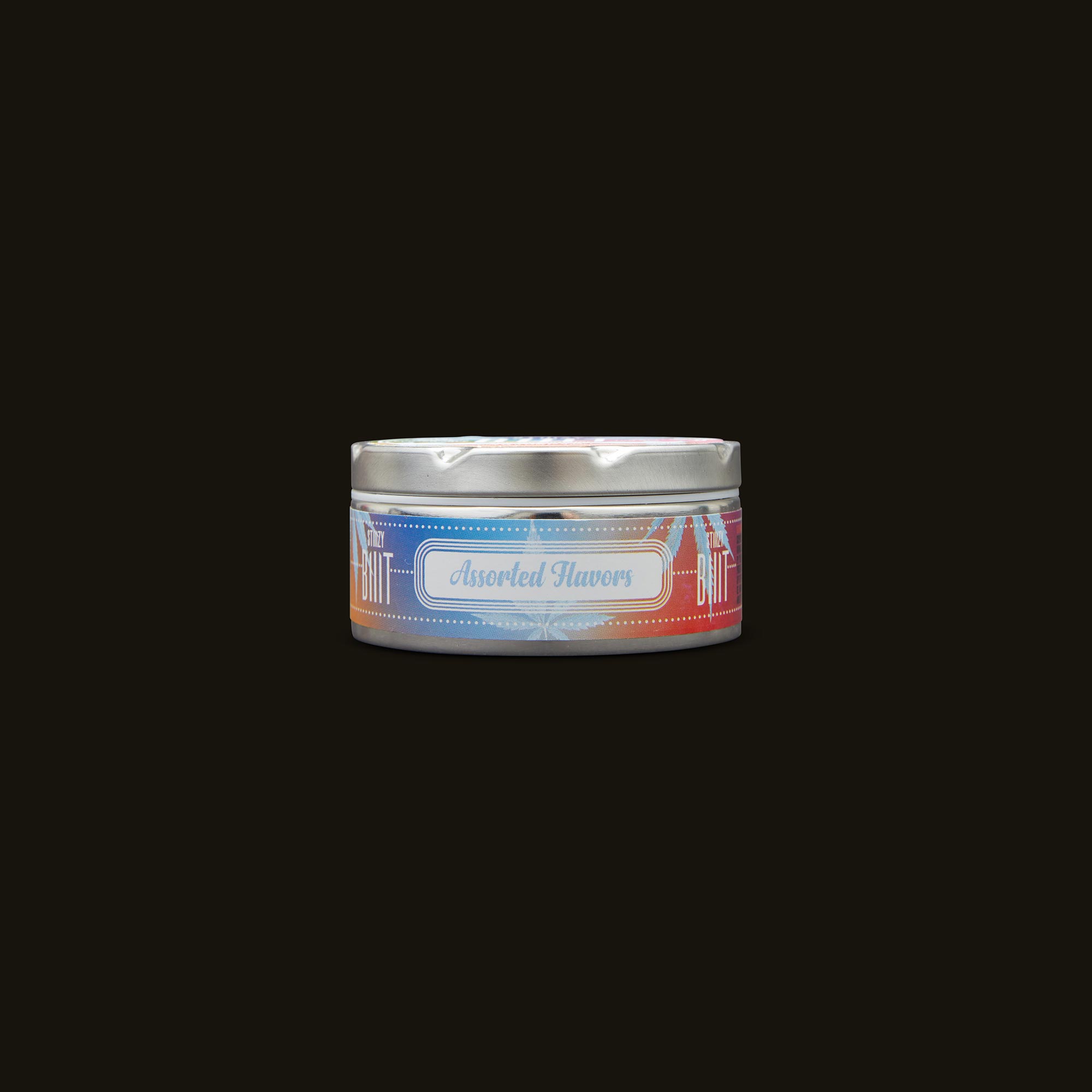 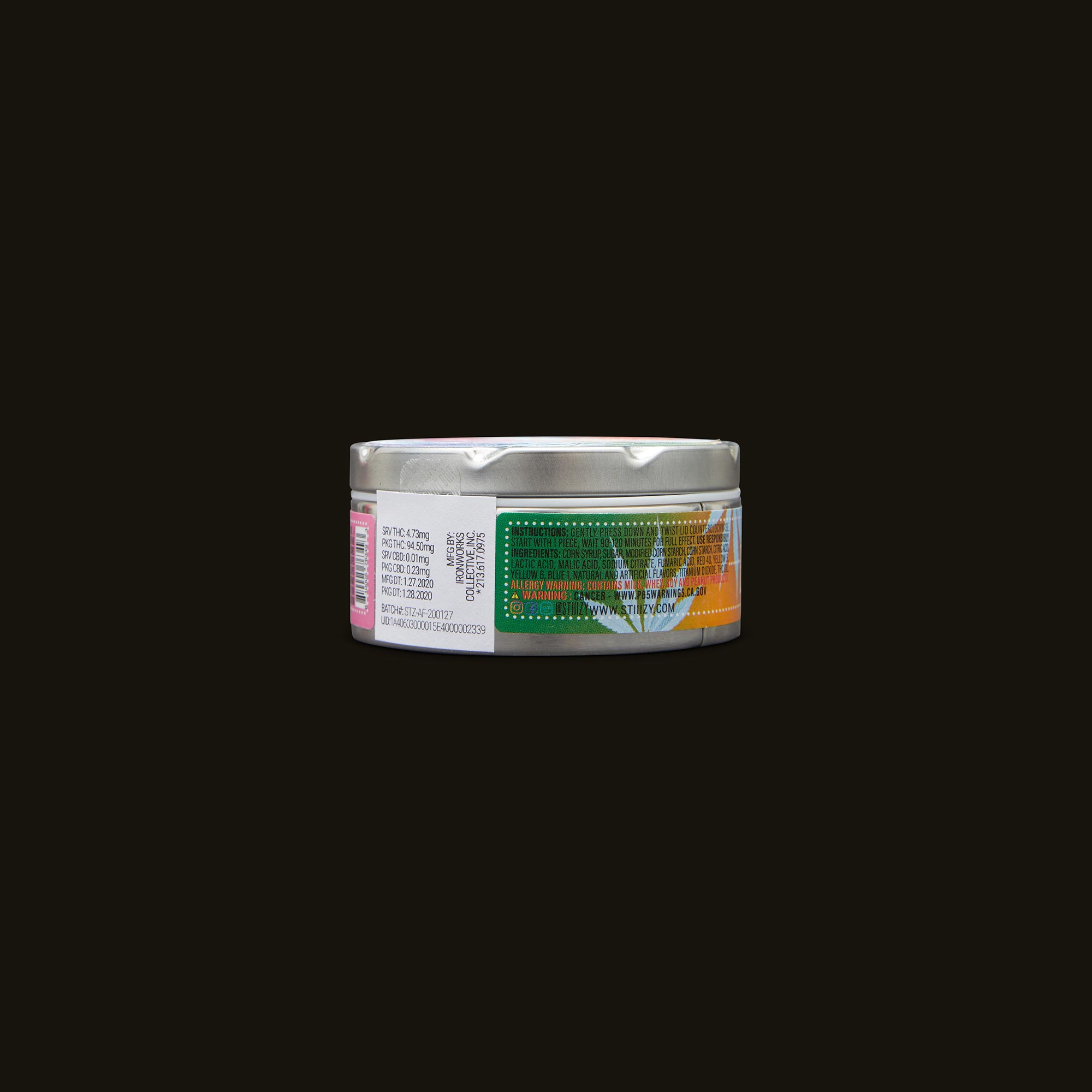 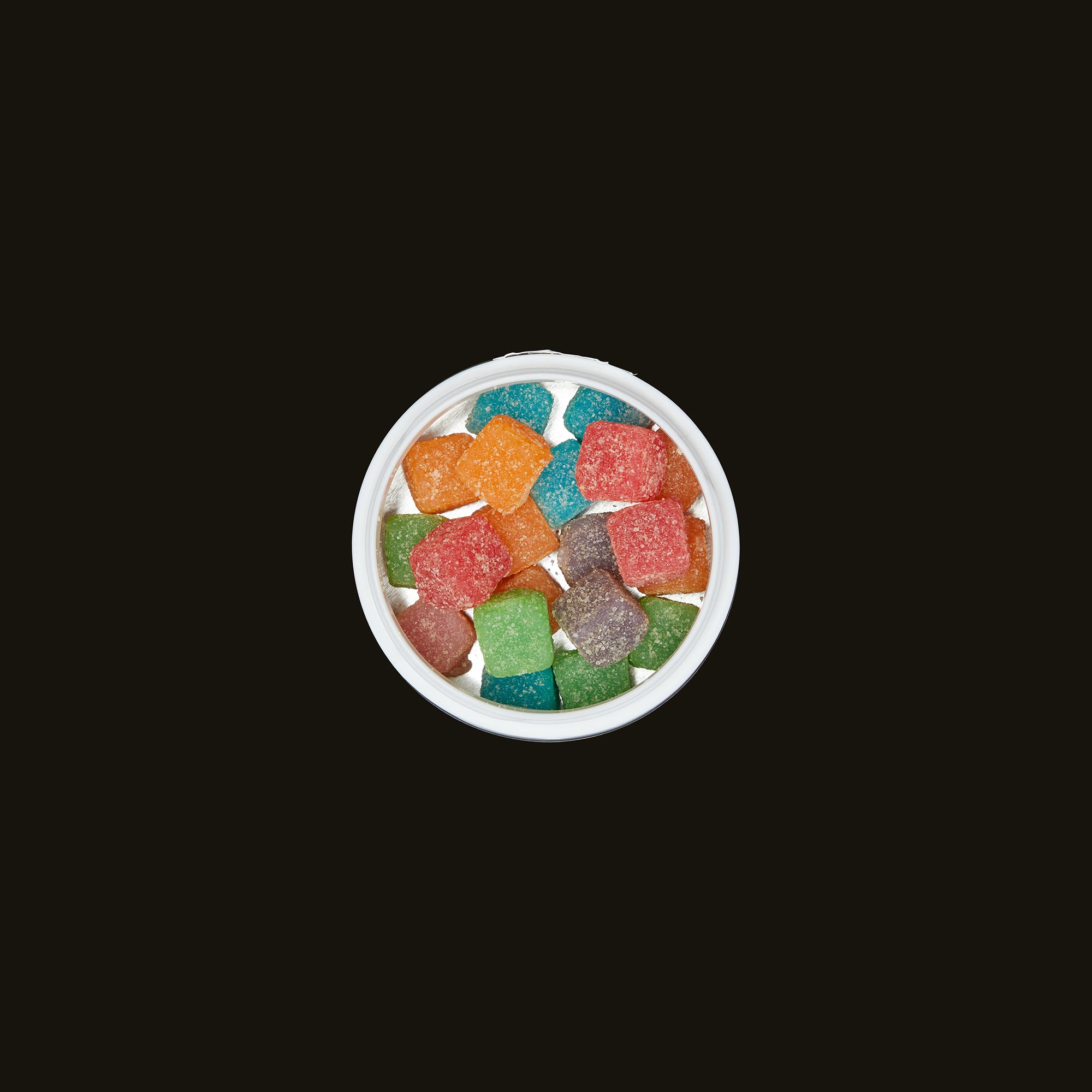 As our committee rates Biiit Assorted Gummy Cubes, we capture their experience in real time through our ratings app and report everything back here.

Ranked 3 of 374 in Edibles for feeling Relaxed.

Choose your flavor and decide how you’ll savor, Stiiizy’s gummies offer an experience left up to your own design.

IN REVIEW: Each of these gluten-free gummies is full of 5mg of THC and an easygoing high you can take into almost anything. Their doseable nature makes them a solid starting point for those new to edibles, and those with a higher tolerance can indulge in these mouthwatering flavors as much as they please. Health-conscious ‘cannaseurs’ may want to look elsewhere, but those looking for a sweet treat with a high that’s hard to beat should give these a shot.

STIIIZY’s Biiit Gummy Cubes will satiate both your sweet tooth and your desire to get high. If you’re looking for something healthy in your edibles, I tip my hat to you and wish you well, as you won’t find that in these Sour Gummy Cubes that are straight-up candy. Tasty candy too. They harken back to those Sour Candy Strips I used to buy from 7-11 for a quarter apiece. If you had friends back then, you’d always whip them with it before consuming. Those were the days.

I suppose you could mash these STIIIZY cubes together and use a rolling pin or vodka bottle to fashion them into one long bullwhip, but that would really defeat the purpose. After all, we are cannaseurs, not conquistadors. I consumed three to start, and I found a ratio between sweet and sour that landed on a perfect note. These gummies contain 5mg of THC and come in an assortment of flavors.

“The assorted gummies had triggered a deep and primordial hunger that would only be satiated by no less than six fish tacos.”

Expect a subtle high from the onset. Something that’s supremely soothing, yet familiar. It’s your parents holding your hand through the neighborhood as you knock on doors during Halloween. It’s the breeze you catch while you sway on your first hammock. It’s pulling up to a parking meter that has two hours remaining when you only need one. It’s nostalgia delivered in quick bursts, and I was all in.

An hour after onset, I was feeling the full brunt of these edibles and soon forgot that I was supposed to be picked up by a friend who was heading over to the nearby shopping outlets. As I was remembering this, the doorbell rang and my friend had already shown up with his sometimes estranged son. I was very pliable at this juncture, so I followed them back to their car, and just like that, we were on the way to the mall. In all honesty, they could’ve told me they were making a pit stop to rob a bank and I would have been like, “Sounds cool.” This high really had me going with the proverbial flow.

I was happy to see there weren’t a lot of people at the mall. I didn’t feel like dealing with crowds. My friend and his wayward son wanted to go sneaker shopping, and I thought that was a great idea. I left them after only a few minutes because my attention span wasn’t really firing on all cylinders. Instead, I wandered in and out of some designer factory stores and tried on some sunglasses at one of those sunglass boutiques where the sales clerk will always tell you that the frames you tried on, “Really compliment your face!” Even though I looked like Elton John without the talent.

I somehow managed to bump into my friend and his offspring in front of an Aeropostale, and that really freaked us out because we had no idea this store was still in business. I tried to explain to my friend’s high school-age son that this was THE place to be back in the mid-’90s. Especially if you were buying overalls or carpenter jeans or horoscope pendants. He looked at me like I was high, which of course I still was. There ain’t much that can escape the judging eye of today’s youth.

“The entire experience was like stepping onto a conveyor belt that overlooks the landscape of past experiences and reinterprets them in a new and joyous light.”

After our little Sex and the City shopping spree, we absconded to a nearby taco eatery. This was like manna from the heavens for me because at this point the assorted gummies had triggered a deep and primordial hunger that would only be satiated by no less than six fish tacos. I was overwhelmed with joy when I saw that they had a salsa bar at this particular establishment. Being high and stacking up little containers full of all kinds of salsa is one of the small pleasures in life one only gets to do so often. I figured they would get rid of open-air salsa bars in the midst of a pandemic, but I also thought Aeoropostale had gone the way of the majestic Dodo bird, so what do I know?

STIIIZY’S assorted gummy cubes unlocked a whirlwind of joyous memories and set me off to revisit old haunts and connect with friends. The entire experience was like stepping onto a conveyor belt that overlooks the landscape of past experiences and reinterprets them in a new and joyous light.

Be the first to review Biiit Assorted Gummy Cubes from Stiiizy and help others find their high.