Ranked 6 of 489 in Flowers for feeling Euphoric. 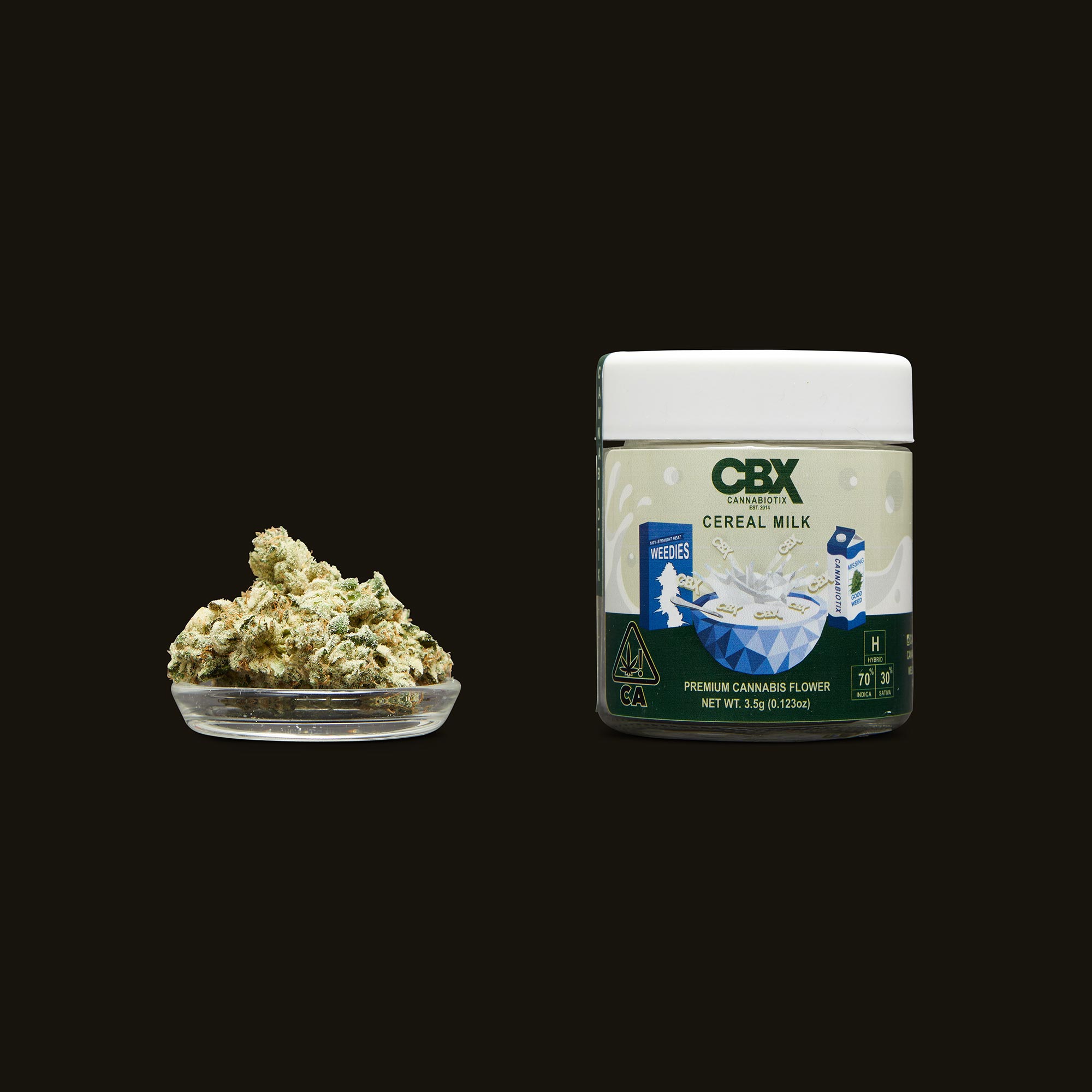 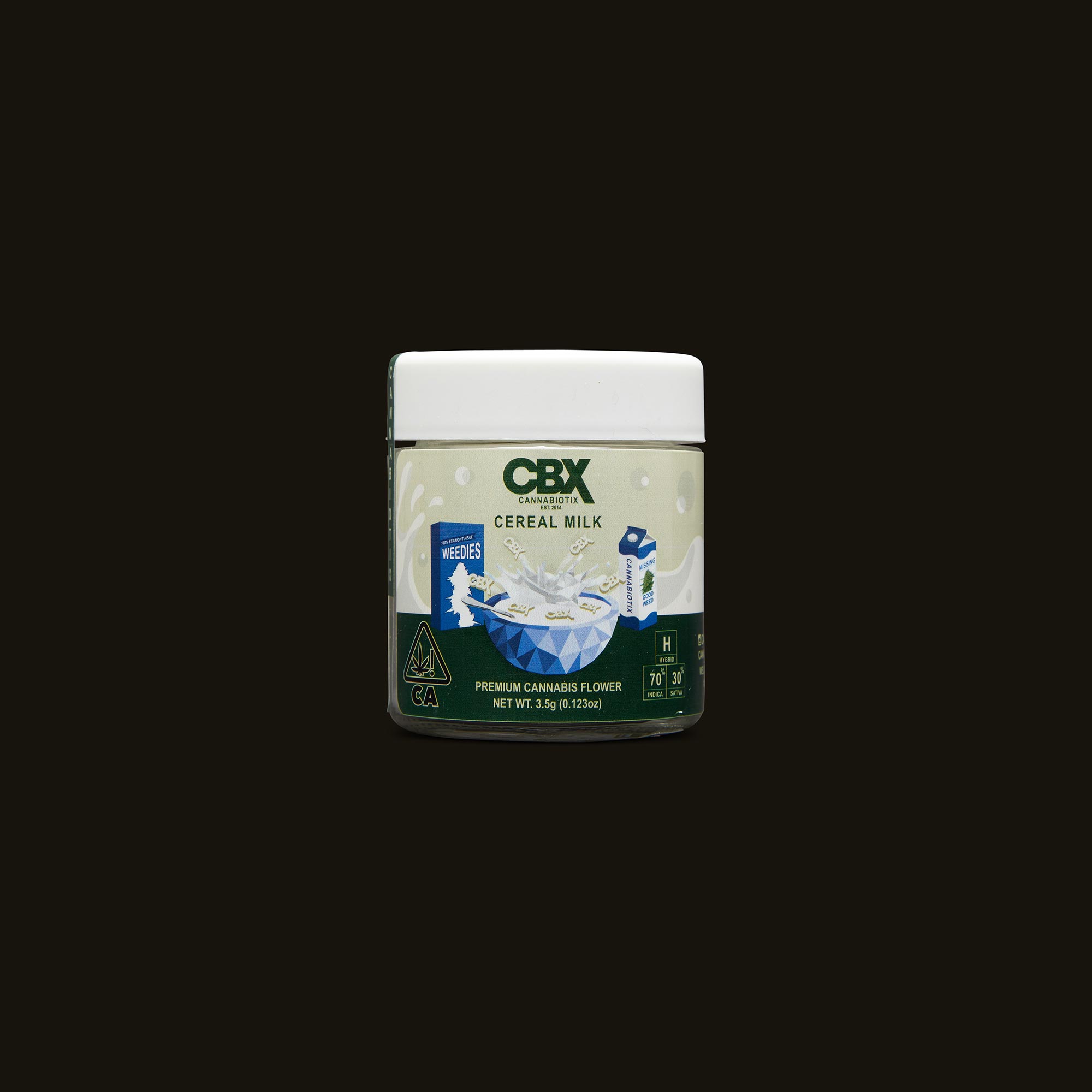 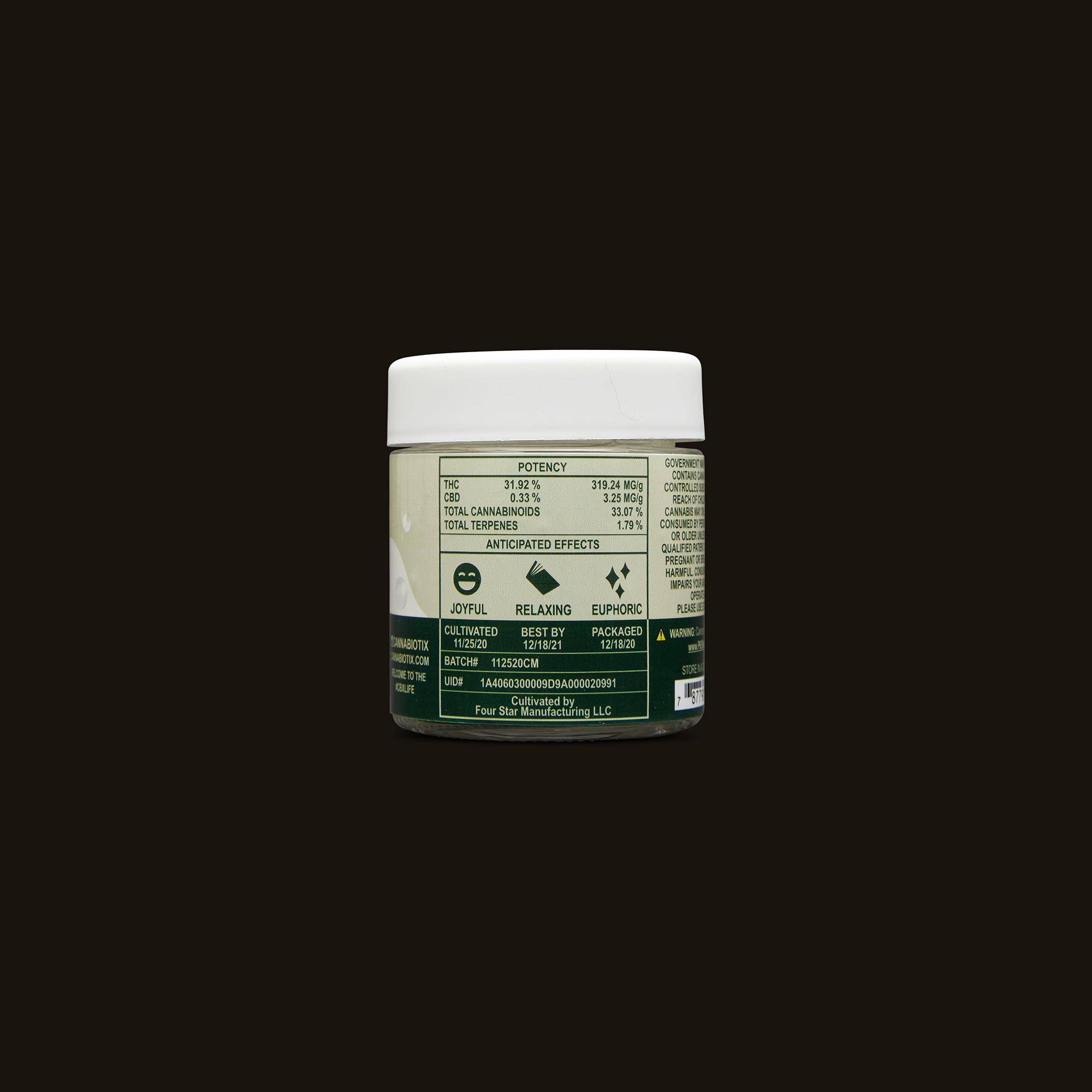 As our committee rates Cereal Milk, we capture their experience in real time through our ratings app and report everything back here.

Ranked 6 of 489 in Flowers for feeling Euphoric.

A unique tasting flower that has me ready to attack the day. Lots of trichomes and a sweet tasting bud make this my breakfast du jour.

Cereal Milk by Cannabiotix is a joyful, energetic sativa flower that makes a great wake-and-bake option.

IN REVIEW: Cereal Milk is a go-getter of a sativa flower that contains 28% THC and uplifting effects. Frosted with trichomes instead of sugar, the flavor profile is reminiscent of your favorite fruity cereal from childhood, though the head rush you’ll get hits a bit harder than you might remember. Expect bursts of euphoria and energy to lead to worthwhile insights as this beautiful flower will pull back layers and help you power through even the hardest of days with ease.

Cereal Milk is an aptly named flower that tastes like your favorite childhood bowl of Fruit Loops. It’s coated in white trichomes that are flush with a potency that can really take you places. I sampled this on a morning where I was inundated with petty grievances and setbacks that had me feeling down in the dumps. Upon smoking a healthy-sized bowl, I was almost daring the cannabis gods to turn around my foul mood. And with Cereal Milk, it was an, “Ask and ye shall receive,” sort of high.

“This bud was no less than a salvage team that’d come to lift me from the pits of depression.”

I’d been ambling about my sofa area and not really doing anything resembling productivity all morning. Instead, I was stewing and creating scenarios in my head that just put me on a firmer path to sadness or negativity. It wasn’t long after I smoked this flower that my entire outlook shifted towards the positive and joyful. Therein lies the magic of marijuana, and this Cereal Milk by Cannabiotix encapsulated that perfectly. Within 10 minutes I had finally made the bed, sent out the emails that needed to be sent out, and did the house chores that needed to be completed. I even got in a deep stretching session that helped get me poised for a wonderful morning. This bud was no less than a salvage team that’d come to lift me from the pits of depression.

I was going to add that I also made the phone calls that I needed to make this morning, but this was no pushover of a flower. I was really high, and I was afraid that if I’d called my employer I would go off on a tangent about medieval castles or the infield fly rule. Best I waited a bit. Instead, I grabbed the dog and we went out on a majestic hike leading high above the Conejo Valley. I did not envision this sort of output only a short 30 minutes prior. Perhaps the greatest laurel I could lay at the feet of this flower is that where once I was lost, with it I felt found. I felt like a stoned Lazarus.

As a sativa, this gets top marks. Not only was it an uplifting high, but it was also a very focusing one. There wasn’t any incessant mind chatter or anxiety associated to be found. It was simply deeply relaxing in the body, and it allowed me the energy and clarity I needed to tackle chores both large and small. There was also a nice creative layer to this as well. I found myself figuring out different plotlines and character arcs of some stories I was working on. I much preferred this mode of thinking in comparison to the first-world problems I was encountering and obsessing over earlier. This was a high that laid bare all my anxieties and left them out to dry so that I could better see them for what they are. In this sense, this high was immensely clarifying, and even freeing to a good extent.

“This was a high that laid bare all my anxieties and left them out to dry. ”

There was also an energetic boost that easily saw me through a six-mile trek with the pooch full of insights. I had a bit of dry eye that could have been just as easily attributed to the weather, but outside of that, this was an issue-free buzz that delivered the goods.

If you need a quick reset, this is the sort of strain you should be reaching for. It’s a shot of joy and something that will be seen as a godsend by those who are prone to losing themselves in negativity. It’s only fitting that this be associated with a breakfast meal because as they say, it’s the most important meal of the day, and this high was the most important part of mine. At any rate, I could hardly think of a better way for you to start your day. Or in my case, to reconfigure it.

Mmmmmm… smells SO GOOD. This bud is apparently iconic in the Southern LA region and it makes perfect sense. Sugary buds, sweet diesel scent, and a notably happy high. Only problem with this bud is it smells and tastes so good it’s hard to stop smoking, just like that second bowl of cereal.

CBX cultivated a beautiful version of Cereal Milk! Caked with trichomes, the buds glistened in the light. I picked up scents of pine, earthy, rubbery sweetness and vaping it in my dry herb vaporizer, the flavors were of pine, sugary cream, spice, cooling mint. I felt very calm and at ease!

I love this strain. I don’t know the genetics but the taste has that yummy funk that reminds me of U.K. Cheese and the smiley buzz made me think of some blue strains. Euphoric, relaxed, perfect for a great unwinding evening on the couch.