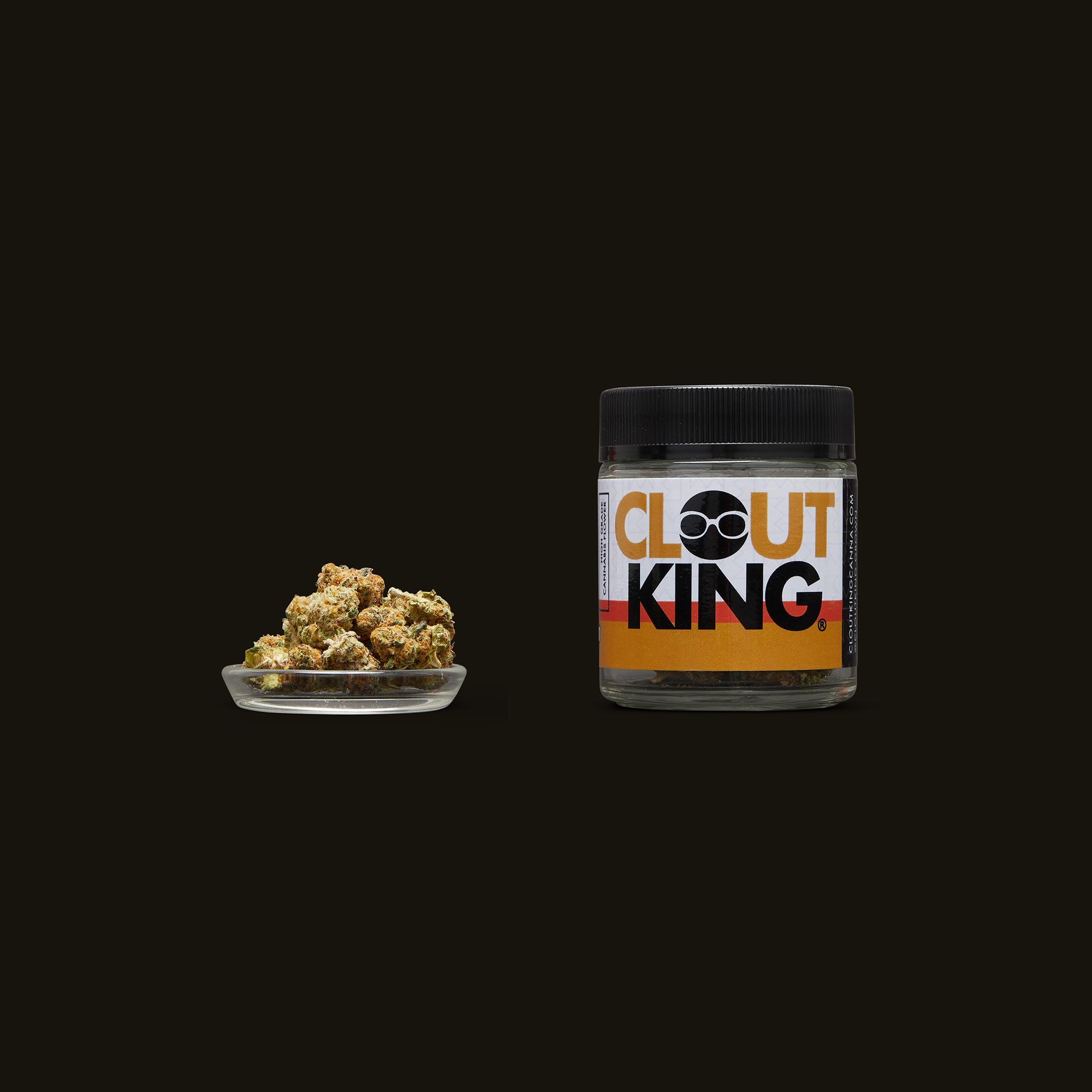 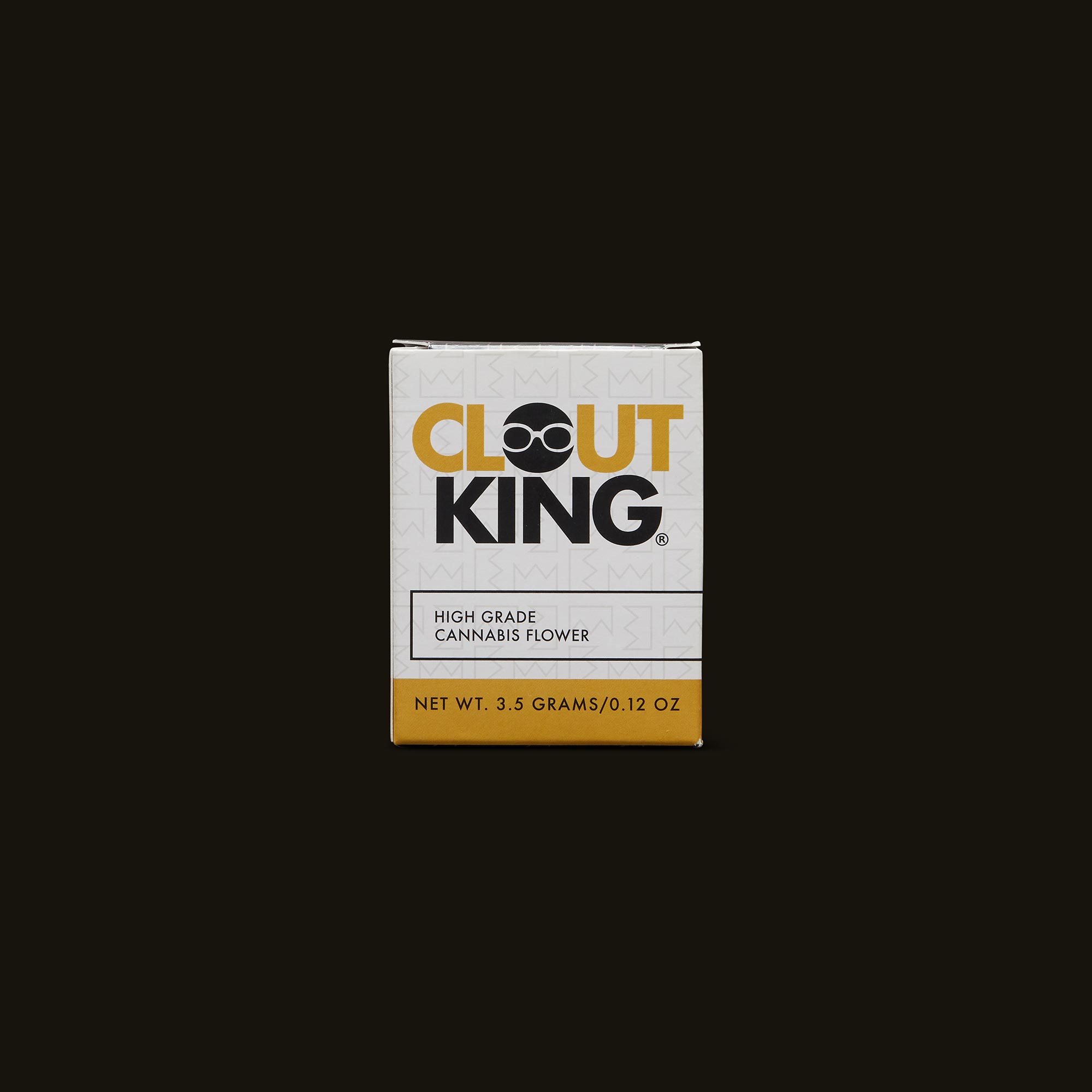 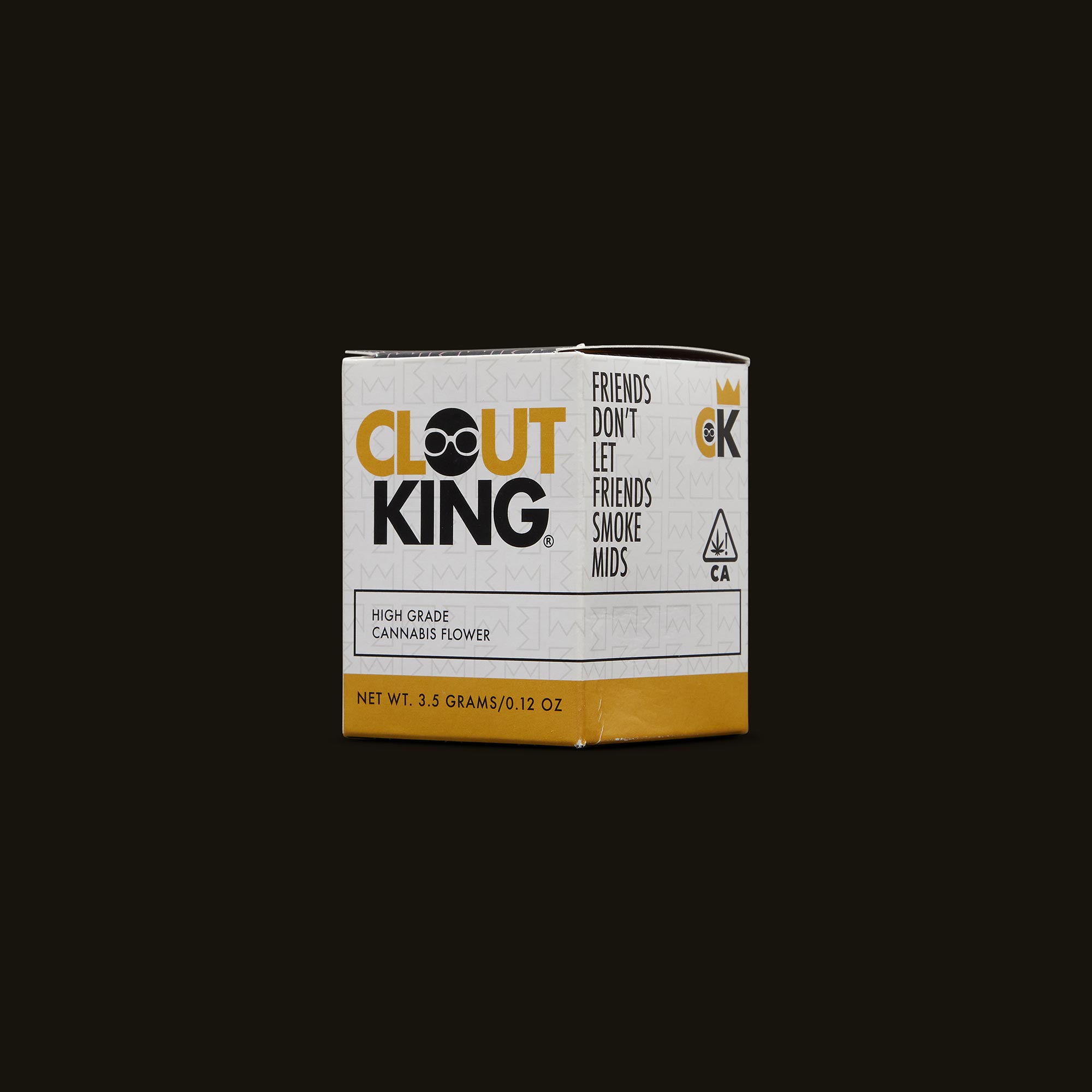 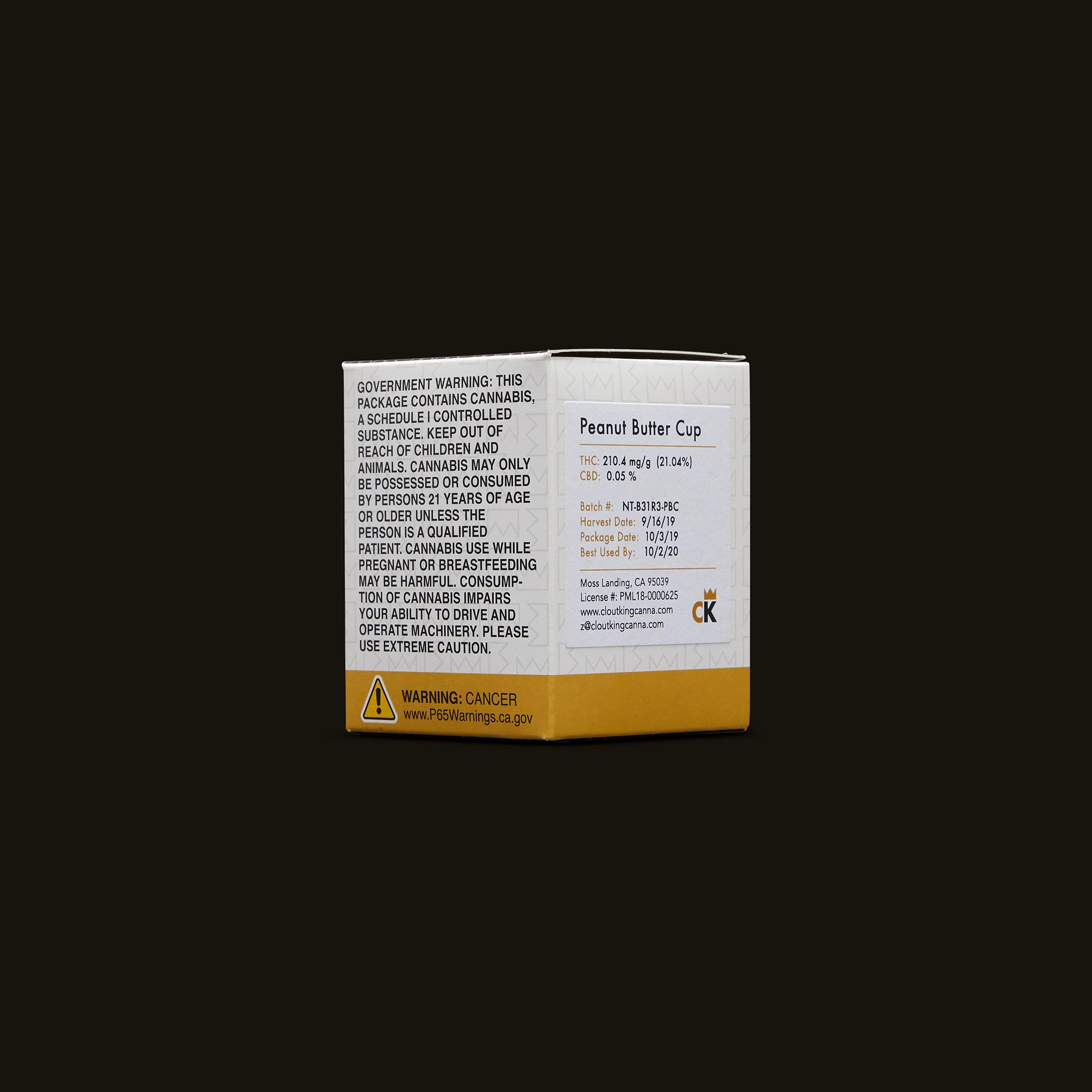 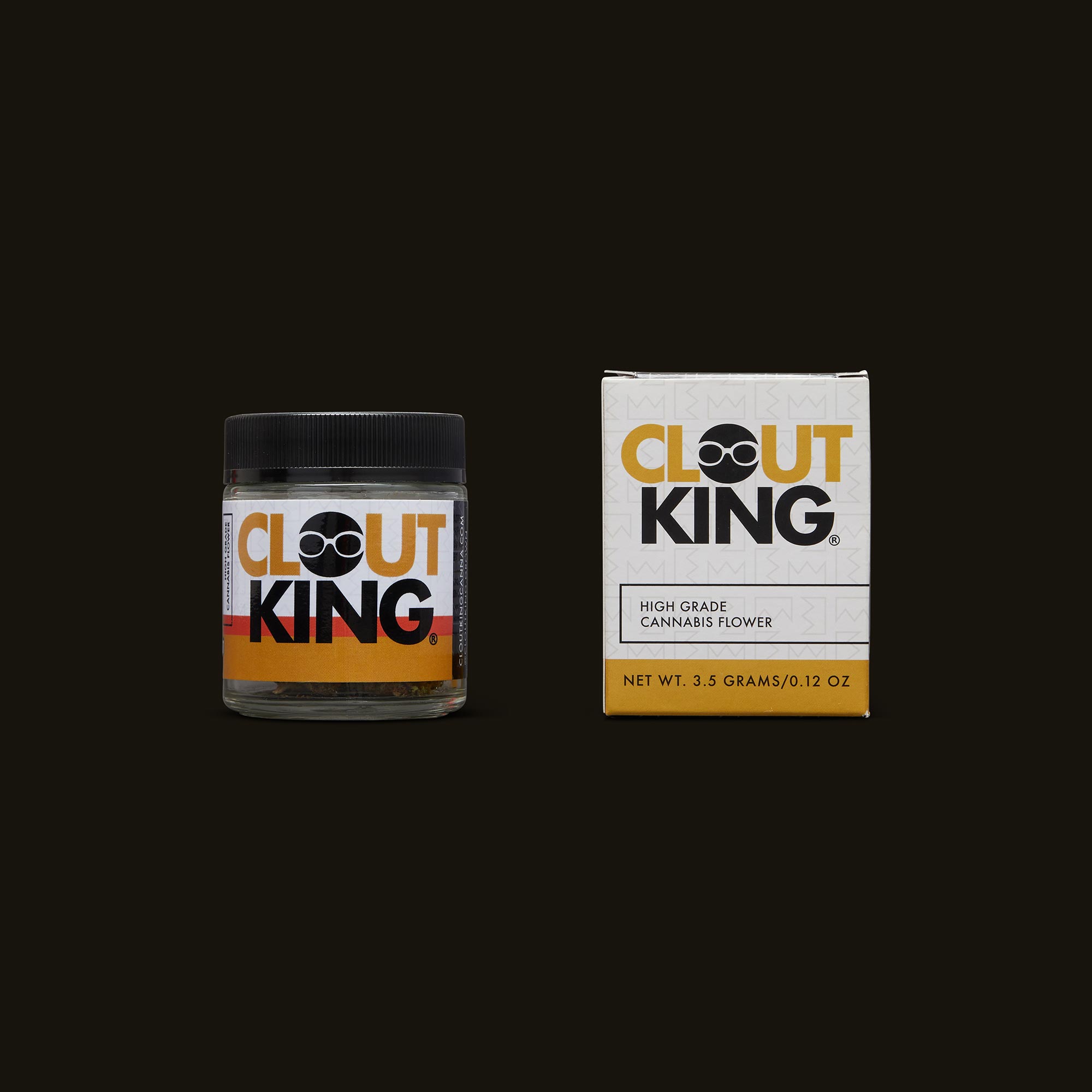 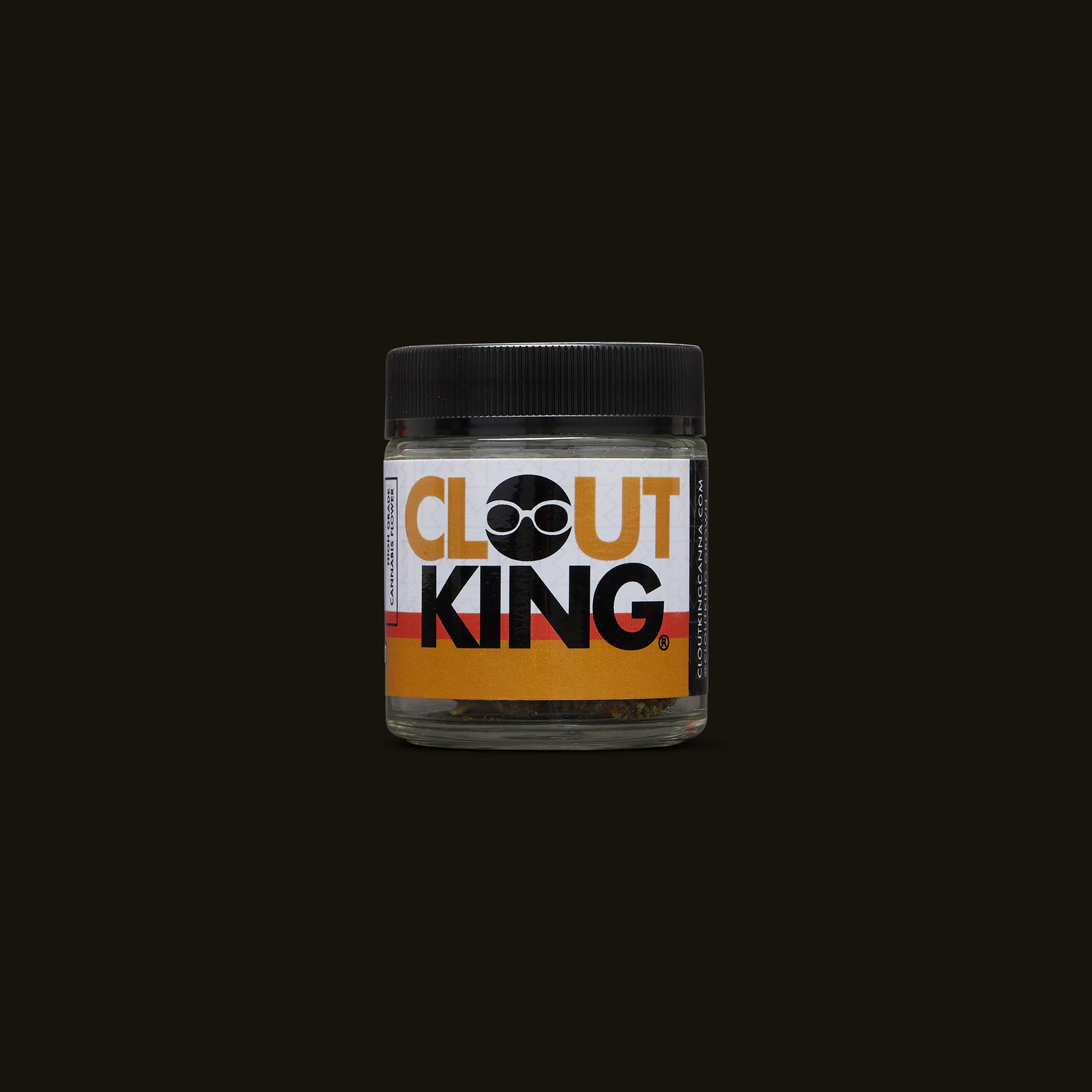 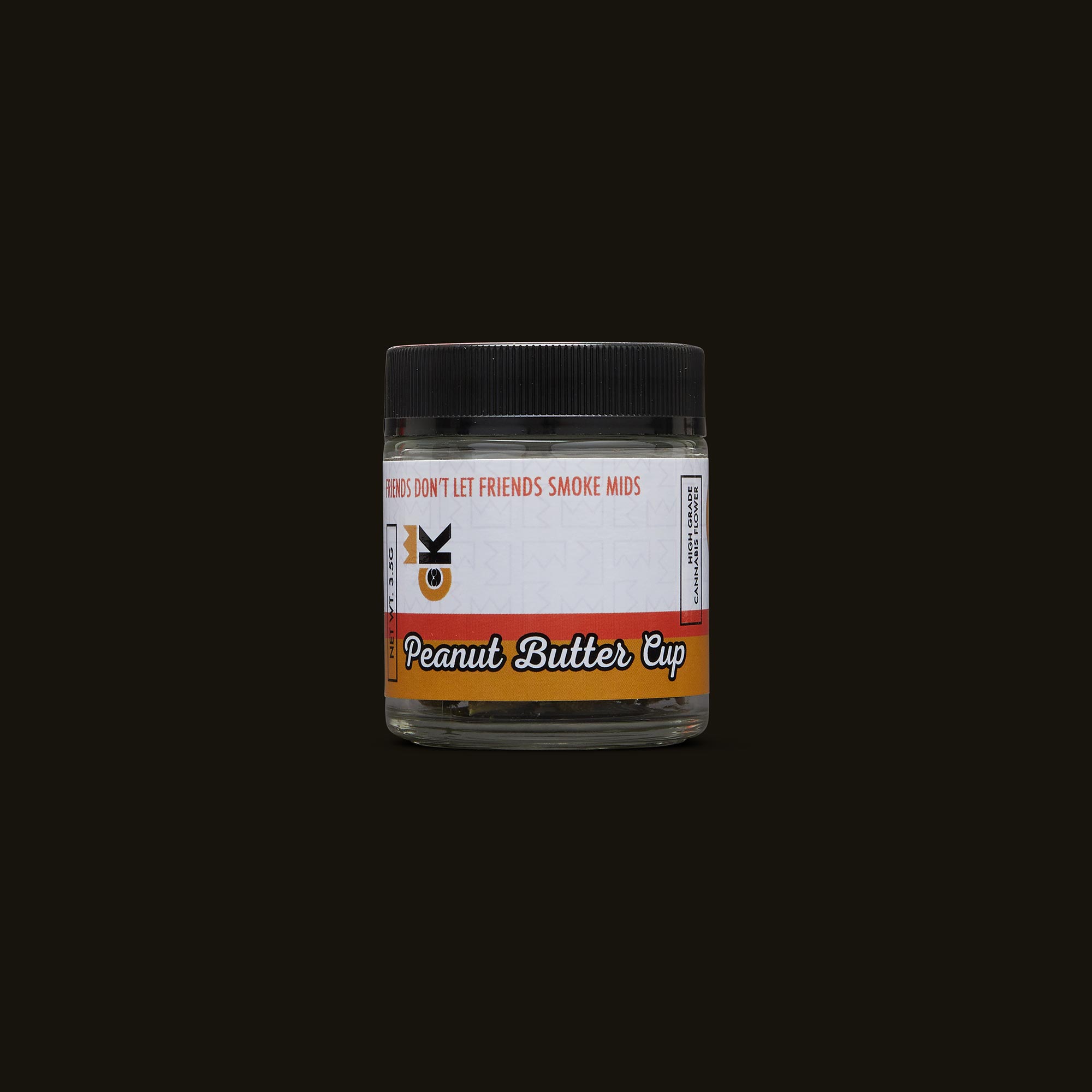 As our committee rates Peanut Butter Cup, we capture their experience in real time through our ratings app and report everything back here.

Nutty and creamy like a spoonful of peanut butter. I've slowed down for the evening and am cozy on the couch.

Take Charge of Your Chill with Clout King

This Peanut Butter Cup will heighten your sensibilities.

IN REVIEW: Want to stimulate your senses while settling your mind? This blend of Mendobreath and Do-Si-Dos won’t necessarily get you dancing, but it promises to keep you centered in challenging social situations. It’s an empowering treat as sweet as peanut butter--even if you’re alone at home, keeping yourself busy, or relaxing after a stressful day.

My place to myself...finally. While the boyfriend is away, Madeline gets to play. And nothing gets me going like the thought of peanut butter, even if it’s in flower form. So I got out this Peanut Butter Cup flower by Clout King and readied myself for the sweet experience to come. This strain is a blend of Mendobreath and Do-Si-Dos, with the latter being the first weed I tried through Proper. That weed absolutely blew my mind, and probably provided my favorite high of all time. It was intense and truly euphoric, so needless to say if that half of this high was involved, there was no way it could be all bad.

It was a Friday night and the only thing on my slate was a HouseParty (on the app), so I figured there couldn’t be a better time to romp in happy, peanut butter feelings. At 22.8% THC, this blend also promised to be strong. So I started rolling up my trusted fatty cone (YouTube tutorial pending) to get jiggy wit’ it before the group call. I was also setting up my new iPhone, so I was hoping for just enough brain capacity to get it all done and be on time for our virtual gathering.

The PBC flower had beautiful purple specks, a powdered-sugar frosted top and was soft and plush with the perfect amount of retained moisture. And boy—did it ever smell like peanut butter! Once loosely ground, papered up, and lit, it even smelled nice on the burn, and my first sip of smoke was smooth as butter.

Until I coughed. Whoa.

But even then, flavors hit my mouth and nose like toasted peanuts as the nuttiness filled the room. It seemed to burn a little quickly, but suddenly...everything around me was alive. Just before I cracked into the euphoria—I felt like I got really high, really fast, and my environment threatened to take a toll on me. Other than the flavor in my mouth and the buzz in the air, not much else was going well for me at that moment. My new phone, which I’d hoped to use to join our weekly “party” with better connectivity, wouldn’t activate. I couldn’t make any calls or send any texts to let my friends know I would be 10 minutes late.

I thankfully soon found that HouseParty was up and running beautifully on the new phone using my internet alone. Now, all I had to do was sit and wait, until the others arrived, which ended up being twenty minutes later. Both of my phones, new and old, were still struggling to connect to cell service, but our hangout was three people strong now and I was digging it. I was a bit distracted by, or rather focused on, my computer chat with the Verizon representative. Still, I was somehow able to nod and fake my way along joyously to my friend’s jokes and stories. The high had mellowed out, things were starting to look up and I found myself rejoicing in the little things thanks to this flower.

“Thanks to the calm provided by this flower, my words were flowing freely and calmly, and the tension slowly dissipated.”

Until my friend Ian joined the party, who started negging me fresh out the gate. Not nice, Ian! Maybe he was joking, but just last week he’d been talking about hating when friends (or dates) neg each other. And this time he wouldn’t stop!

My high wouldn’t stand for such hypocrisy.

My senses were in hyperdrive—i.e. I knew I was being sensitive, so I chose my words carefully. I articulated clearly and firmly that, well, I was high, and I asked him if he was too. I then proceeded to stand up for myself, not backing down. There were some “oohs” and “aahs” from a small, but instigating crowd. But thanks to the calm provided by this flower, my words were flowing freely and calmly, and the tension slowly dissipated. I was in peak awareness now, and thankfully the conflict passed.

This flower provided a strange mood, though I couldn’t be quite sure it was from everything going on around me, or inside of me. I was highly alert and disoriented all at once. All of a sudden, I felt this inner resolve and a strength of character uncharacteristic of most “too high” experiences. I was verbally confident, and ultimately forgiving without being overly apologetic. A rare but welcomed combination. This is some good fortitude weed!

“ I enjoyed a blend of buzzing energy, relaxation, and the internal boldness to stay in charge of my day.”

In that same vein, and while I wanted to jive with others I had this sense that I could have just as easily curled up alone on a pillow to think and play in my own mind. Two of my closest gal friends ended up visiting the party as we all talked, and then one of them suggested Pictionary. The euphoria found me there in bursts of easy joy: I was so happy to see them, so effortlessly grateful that they’d popped in, and so ready to crush it at Pictionary.

Two hours later, with my phone fully functioning and friendships smoothed over, I was able to excuse myself when the sedative effects of this strain took over. My inner planner had been sparked to life as if there was a defibrillator for what I’d do later. Each following moment was perfectly calculated and taking steps to get to bed seemed totally within reach...even though I’d already lost my new iPhone charger.

There were at least two more hours before my head hit the hay, and man did that time fly. I still felt level-headed, but understandably foggy as the indica effects made themselves known. Time was a thing of my not so distant past, and wouldn't be a factor in my future until the following morning.

Though I suppose I did note the time once more when my boyfriend arrived home two hours past due. When he joined me in bed, I finally fell asleep under the spell of a unique mixture of unaffected, attuned, and assured. My Peanut Butter Cup joint had provided me with the tenacity I needed to navigate emotional sensitivities, and a heightened awareness that brought focus to my solo chill and nighttime routine. I enjoyed a blend of buzzing energy, relaxation, and the internal boldness to stay in charge of my day.