Ranked 158 of 489 in Flowers for feeling Euphoric. 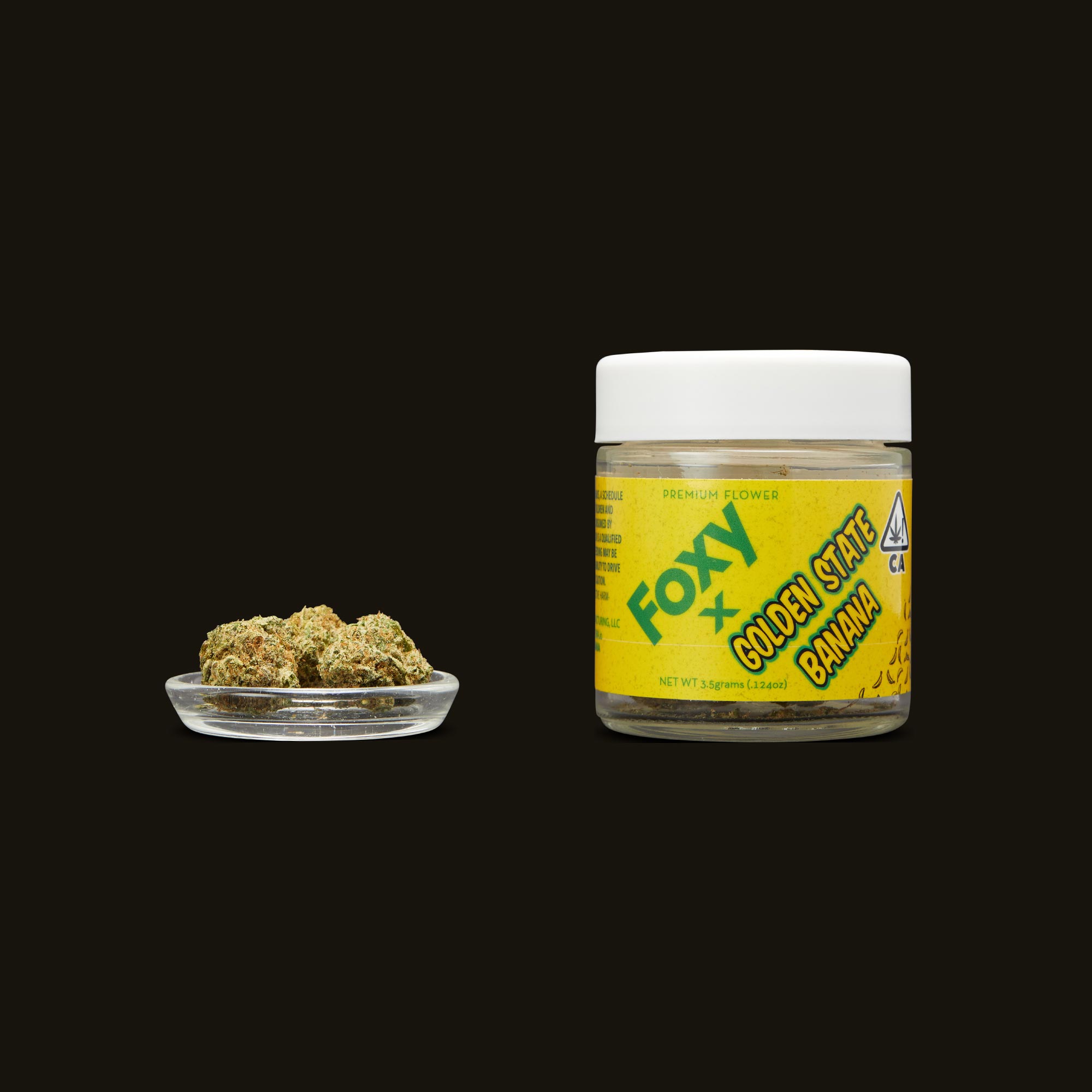 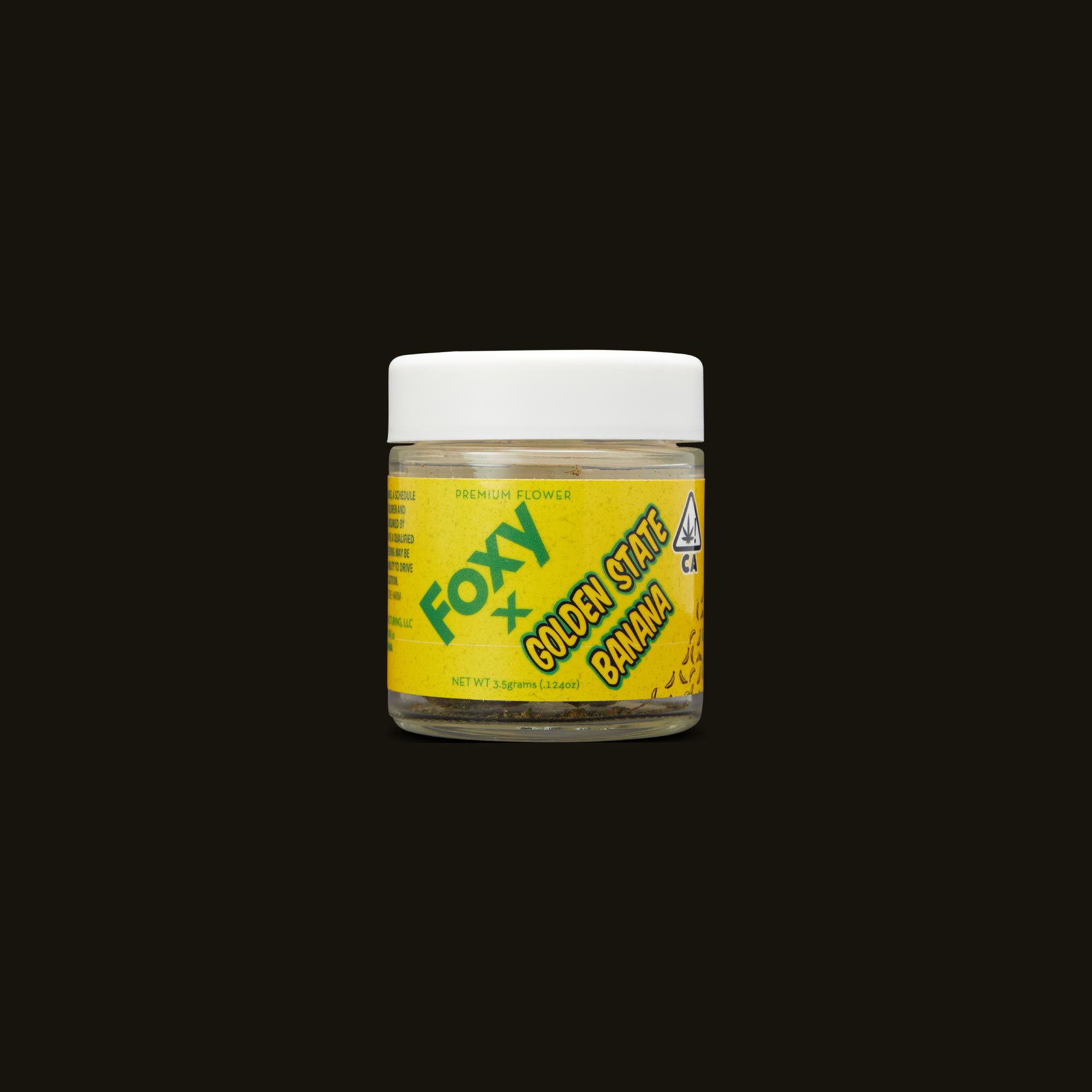 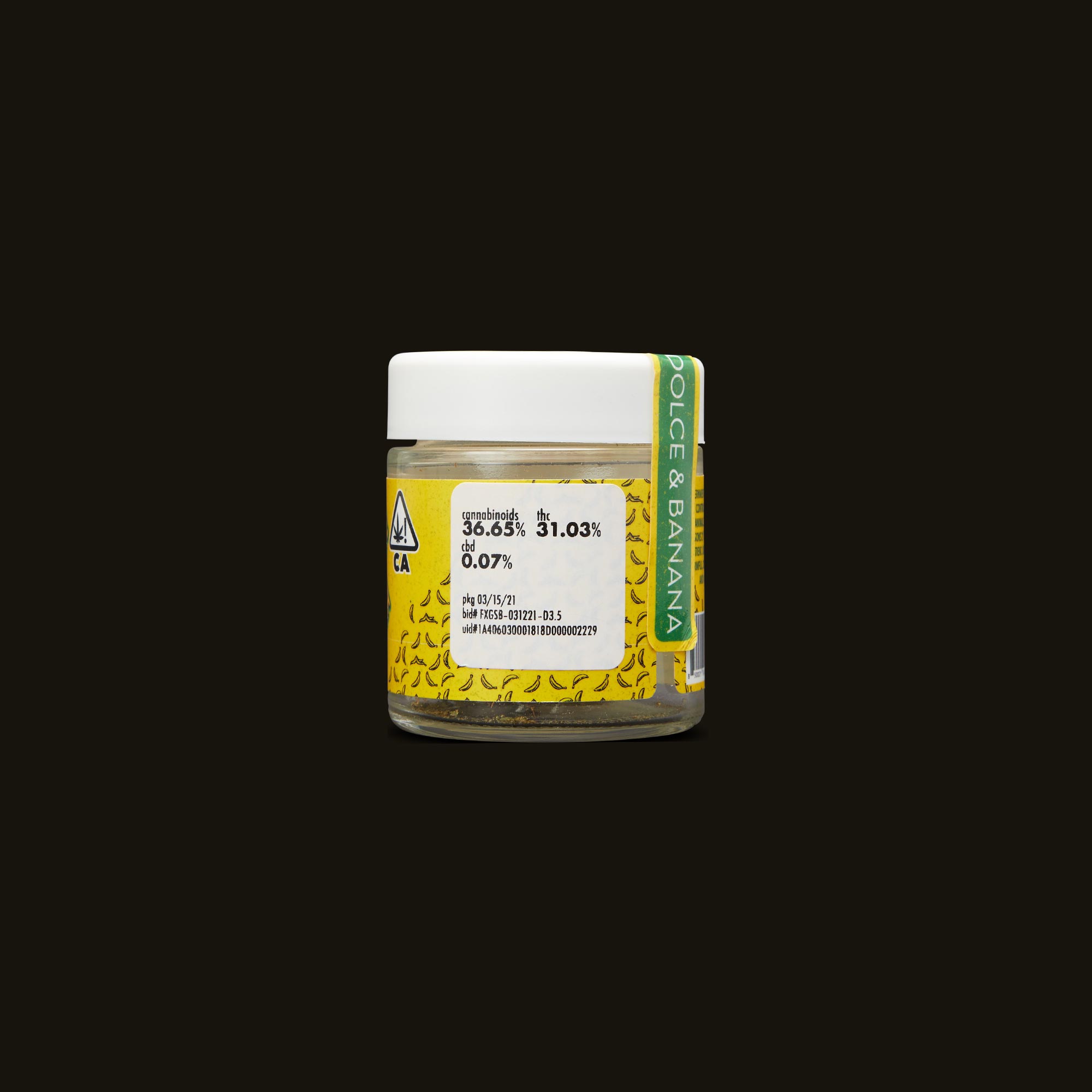 As our committee rates Dolce & Banana, we capture their experience in real time through our ratings app and report everything back here.

Ranked 158 of 489 in Flowers for feeling Euphoric.

I feel super focused and a bit perky. This high is a little like a shot of espresso!

Writer, Printmaker, and Pop-Punk Enthusiast. It's not a phase, Mom.

Bananas On The Danube

Dolce & Banana by Foxy is a sweet tasting hybrid strain that emanates positivity while providing a tranquil buzz.

IN REVIEW: Dolce & Banana is a potent flower born of a collaboration between Foxy and Golden State Banana. Each beautiful bud has an eye-catching 31.03% THC and is covered with a winter wonderland level of trichomes—and every smooth puff of this stellar strain tastes faithfully of banana while giving off a strong, pine-forward aroma. You can expect a potent high that’s ripe for everything from a walk outdoors to a relaxing drink at your favorite cafe.

Having recently gone on vacation to the beautiful city of Vienna, Austria, I was keen on bringing along a bud that could help me gain a further sense of appreciation for the art and architecture of this once former seat of the Austro-Hungarian Empire. A classy city deserves a classy flower, and so Dolce & Banana became my sweet-tasting tour guide for a day of euphoric exploration.

“I was instantly struck with a wave of full-bodied euphoria.”

As is custom, when I visit any foreign town I wake up early and throw on my running shoes and see what the place has to offer sans map. It was my intention to get lost on the side streets until I hit the Danube river—just following it along until I got tired, or I was abducted by Viennese street urchins. I purchased a pipe from a charming smoke shop the night before, so when I found an out-of-the-way park near my hotel, I christened my first morning in the “City of Music.”

I was instantly struck with a wave of full-bodied euphoria that had me stop at moments to simply get my bearings, and drink in the baroque-style buildings and cobblestone streets. This was a far cry from Los Angeles, but once this strain took hold, I got the universal sense of connectedness that bonds all people across all geographic locations. It was this sense of openness and gratitude that whisked me from cosmopolitan boulevards towards backstreets on the fringes of town before I found myself in one of the many picturesque parks found along the river. My only goals were to discover and appreciate, and those boxes were checked early and often.

“It was this juxtapositioning of the old and new that opened up my mental floodgates.”

At times, this high imbued me with a rather keen internal GPS because I eventually found what I learned to be a rather popular path for local joggers and bicycle riders. The stone walls lining this path were covered in vibrant graffiti that acted like a miles-long mural. The river was green and almost mosslike, and in the distance, I could make out the futuristic spire of The Spittelau incineration plant. To my right, I could see one of two Flakturns, or Flak Towers: a giant concrete monolith used during WWII to fight against allied bombers. It was this juxtapositioning of the old and new that opened up my mental floodgates, and gave me a deeper appreciation for architecture as a means for enhancing one’s high. It’s easy to overlook the physical space of your high when you go inwards or turn to nature, but when you’re stoned in Vienna, it’s almost impossible to avoid. This just added another layer to the experience that I found to be as interesting as the landmarks themselves.

After logging in a respectable five miles, I headed back to the hotel, checking the time and making sure I would make it back before the free breakfast hours had elapsed. I still had some time left to knock off one bucket list item before I got my fill of all-inclusive Wienerschnitzel. Still brimming from this potent high, I found an out-of-the-way cafe in the maze-like Aufgarten, and after guzzling a few waters, I settled in with an espresso in hand and a smile slapped across my face. When in Rome...

This Dolce & Banana strain followed my intentions carefully. Where it filled me with euphoria and energy earlier on during my jog, it then instilled me with a sense of peace and contentedness that paired well with strong Viennese coffee. To get wholly immersed in things, I’d queued up some Mozart for my run, and it was only when I removed my AirPods that I heard the real music of this city. A waiter yelling at another waiter in German to put out his cigarette and help with orders, and the almost pervasive singing of birds that were so crisp and melodic that I caught myself inspecting the trees for tiny speakers. It’s funny what you can notice in the throes of a euphoric indica high.

It was nice to be abroad after a year of near solitude. Witnessing a centuries-old metropolis awaken as people across the world emerged from their own sense of isolation was, and is a hopeful thing. Dolce & Banana helped me parcel out the essential elements of human curiosity from the ephemeral qualities of self-conceit.

This is a flower well suited for outdoor adventures or cultural quests of all stripes. It is a fine example of a hybrid that instills the user with an open-minded euphoria and ultimately finds its way to a tranquil and deeply grateful place.

Be the first to review Dolce & Banana from Foxy and help others find their high.