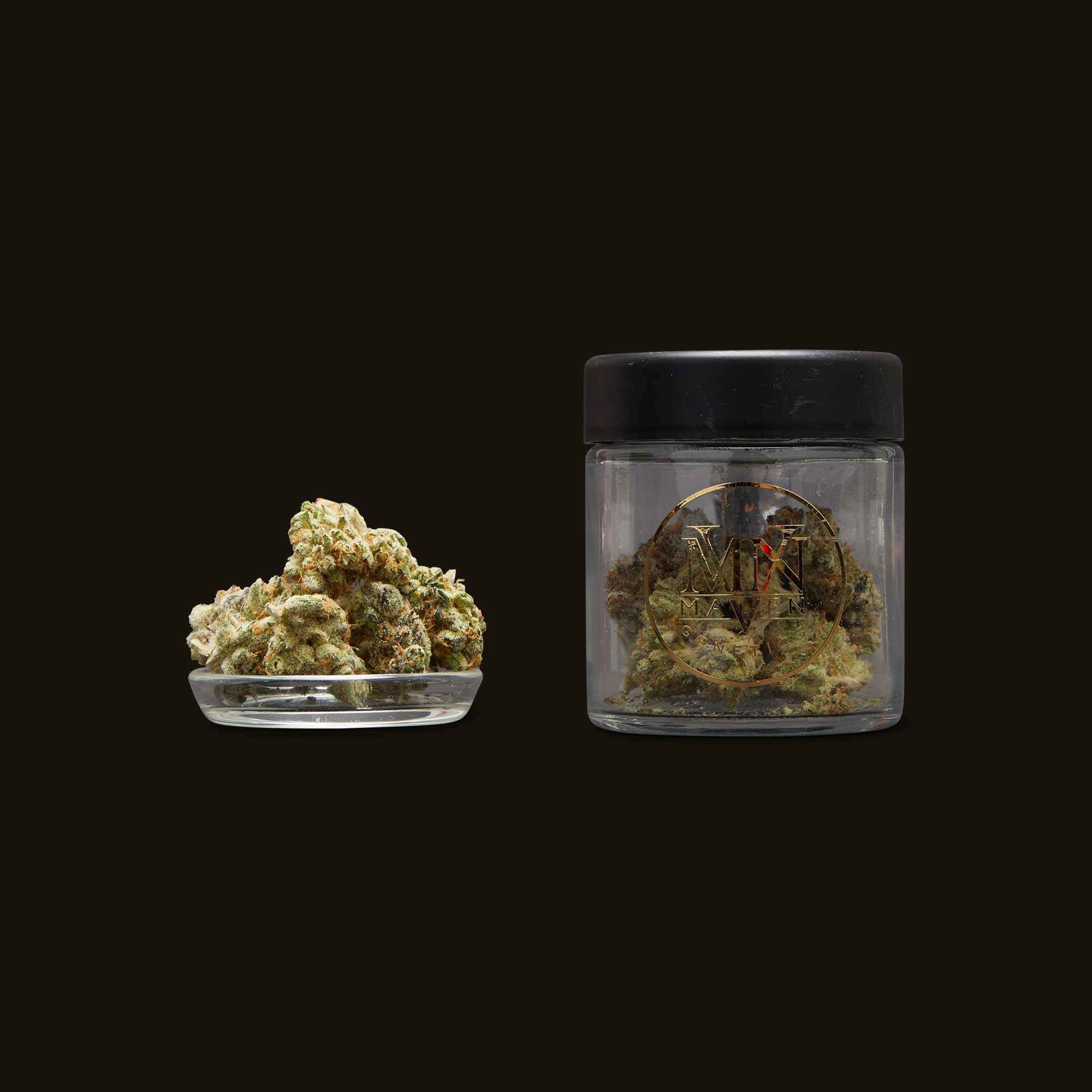 Maven’s Mendo Breath flower is an herbal indica that provides a calming head high. Ride this relaxing wave straight to the sofa and enjoy a mellow moment with some movies.

Ranked 52 of 205 in Flower for feeling Relaxed. 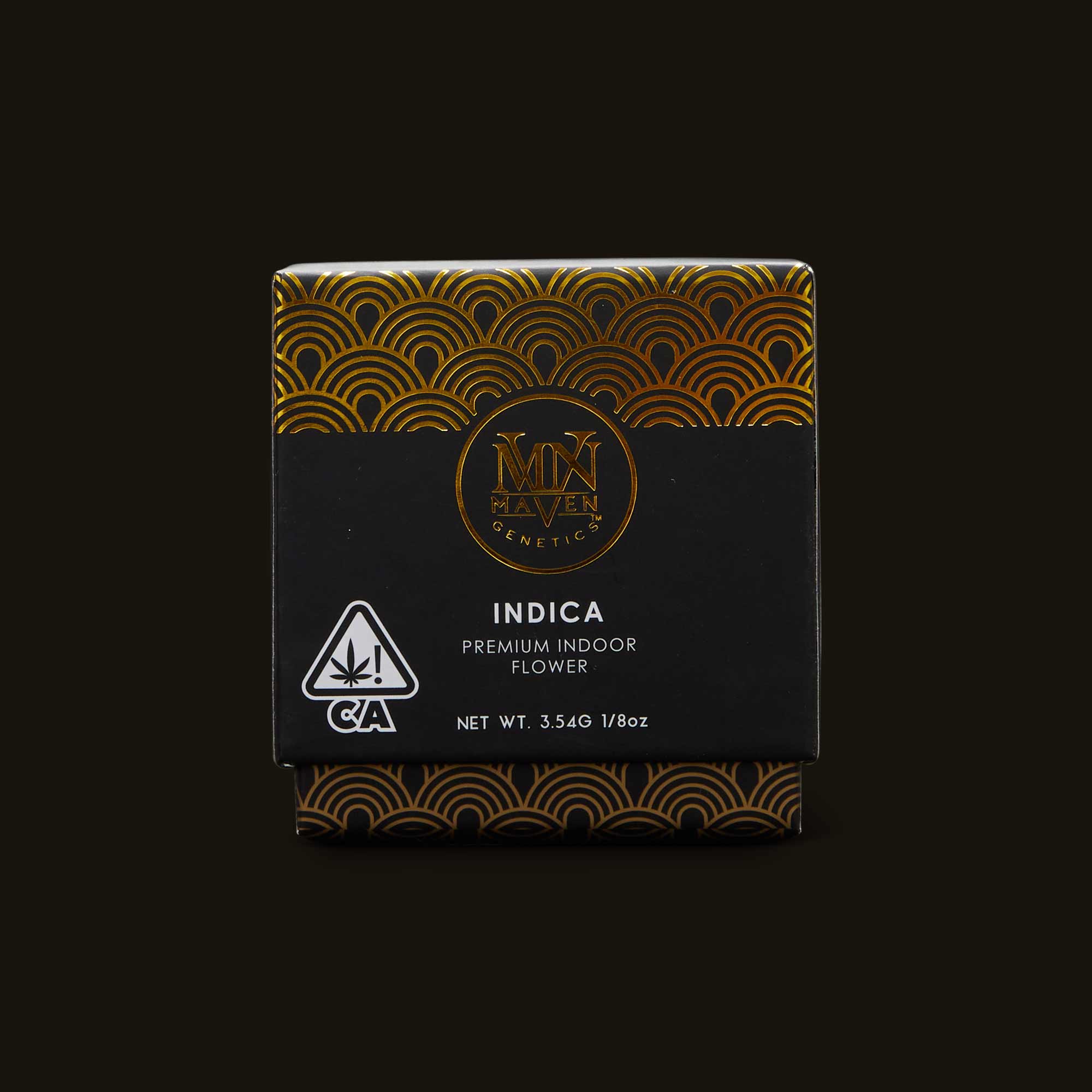 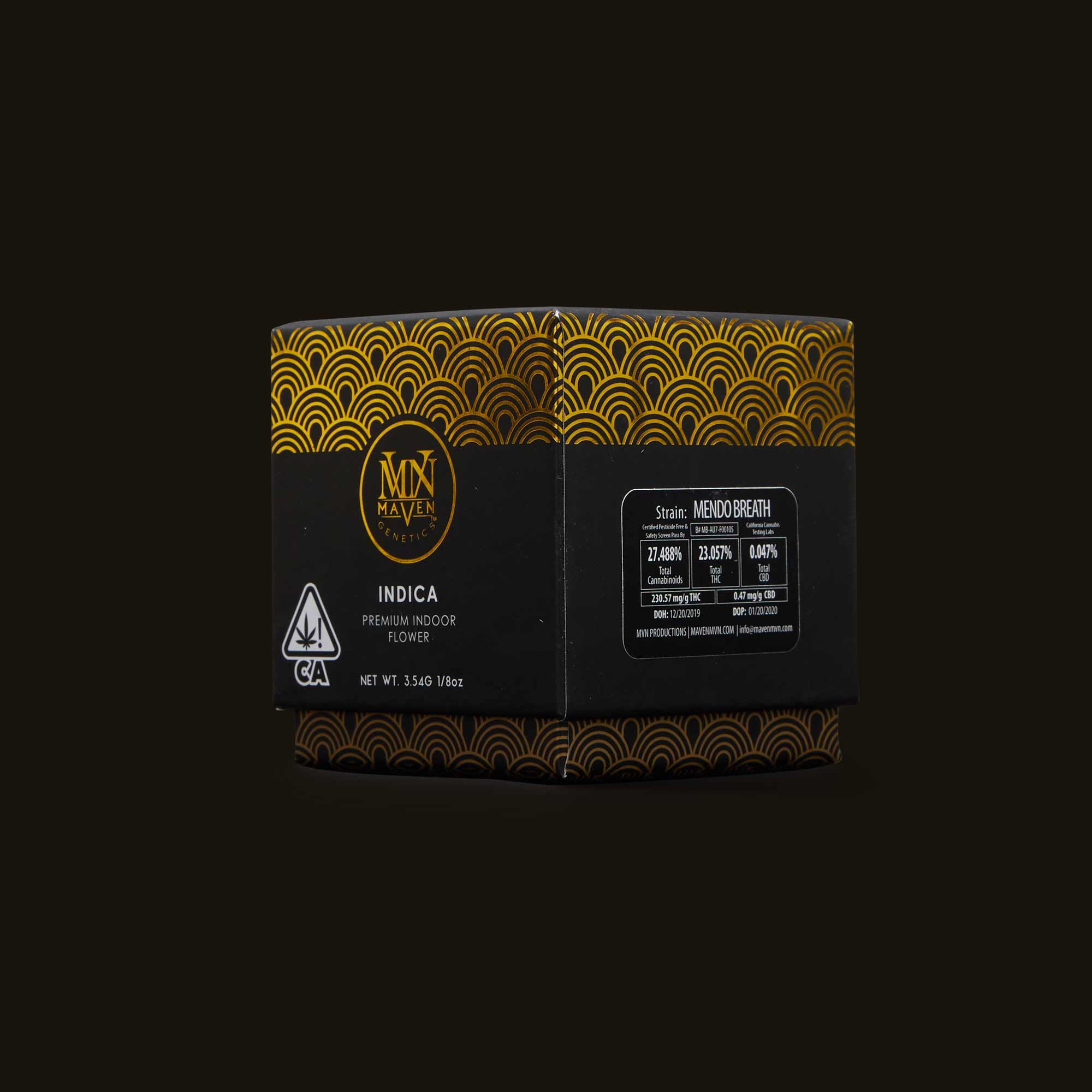 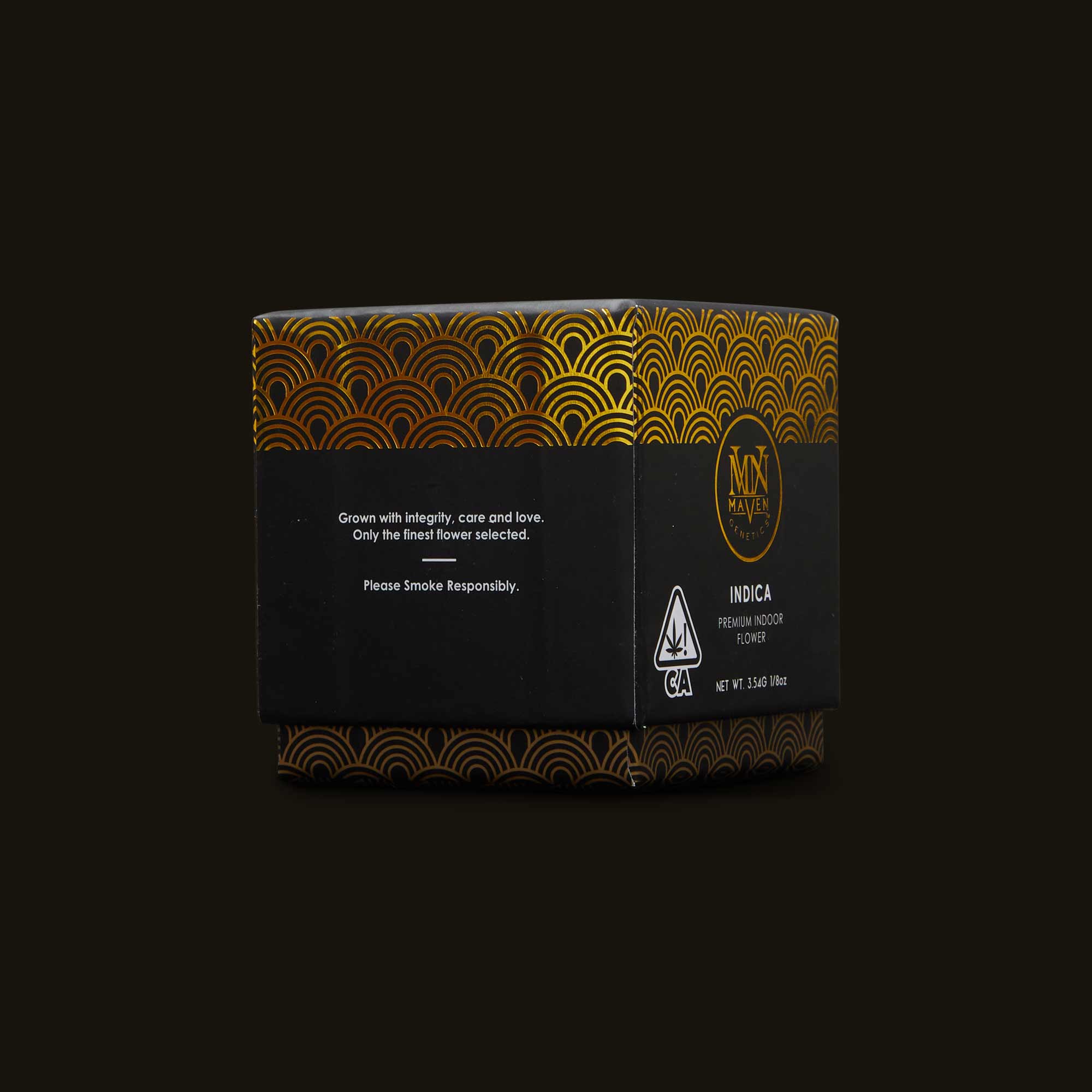 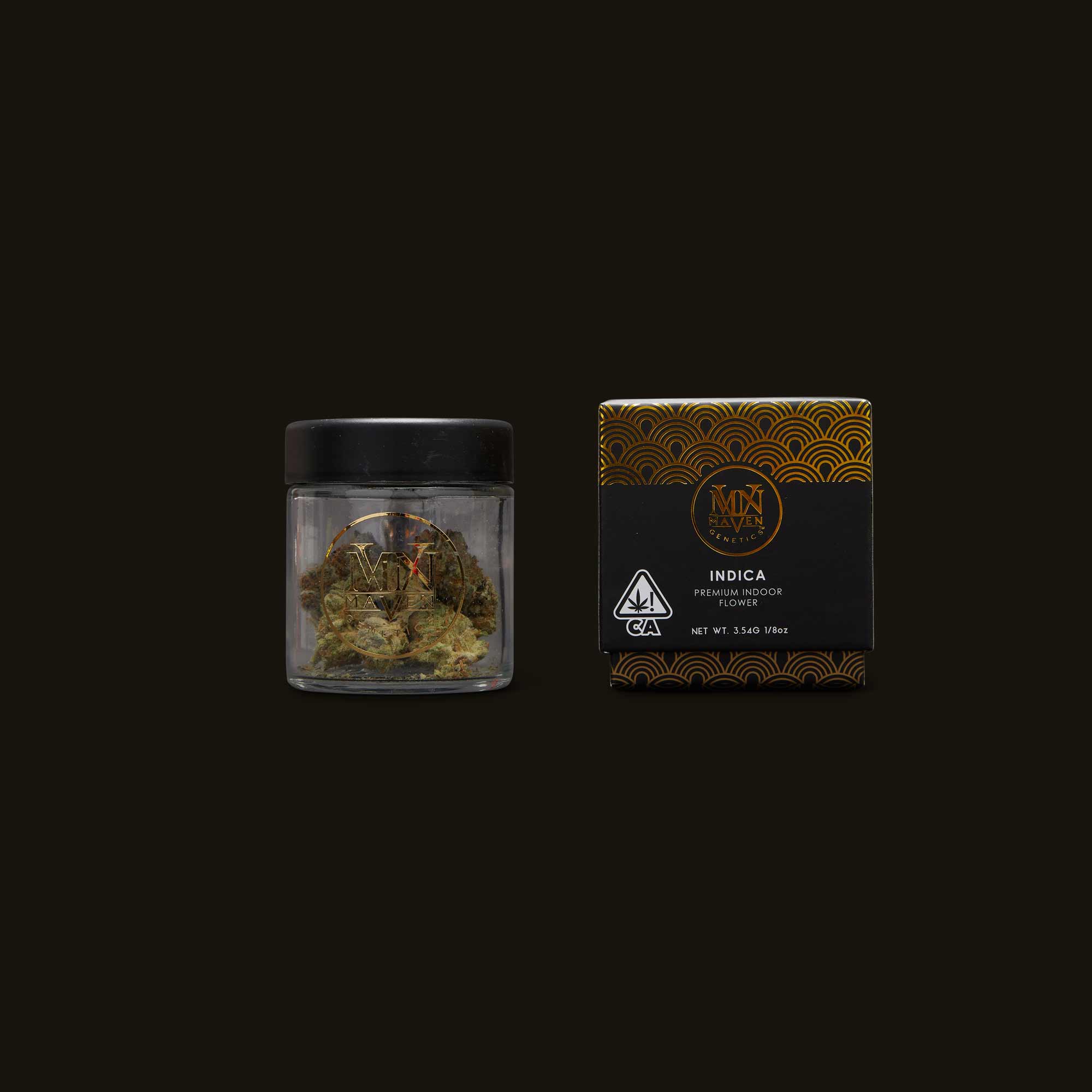 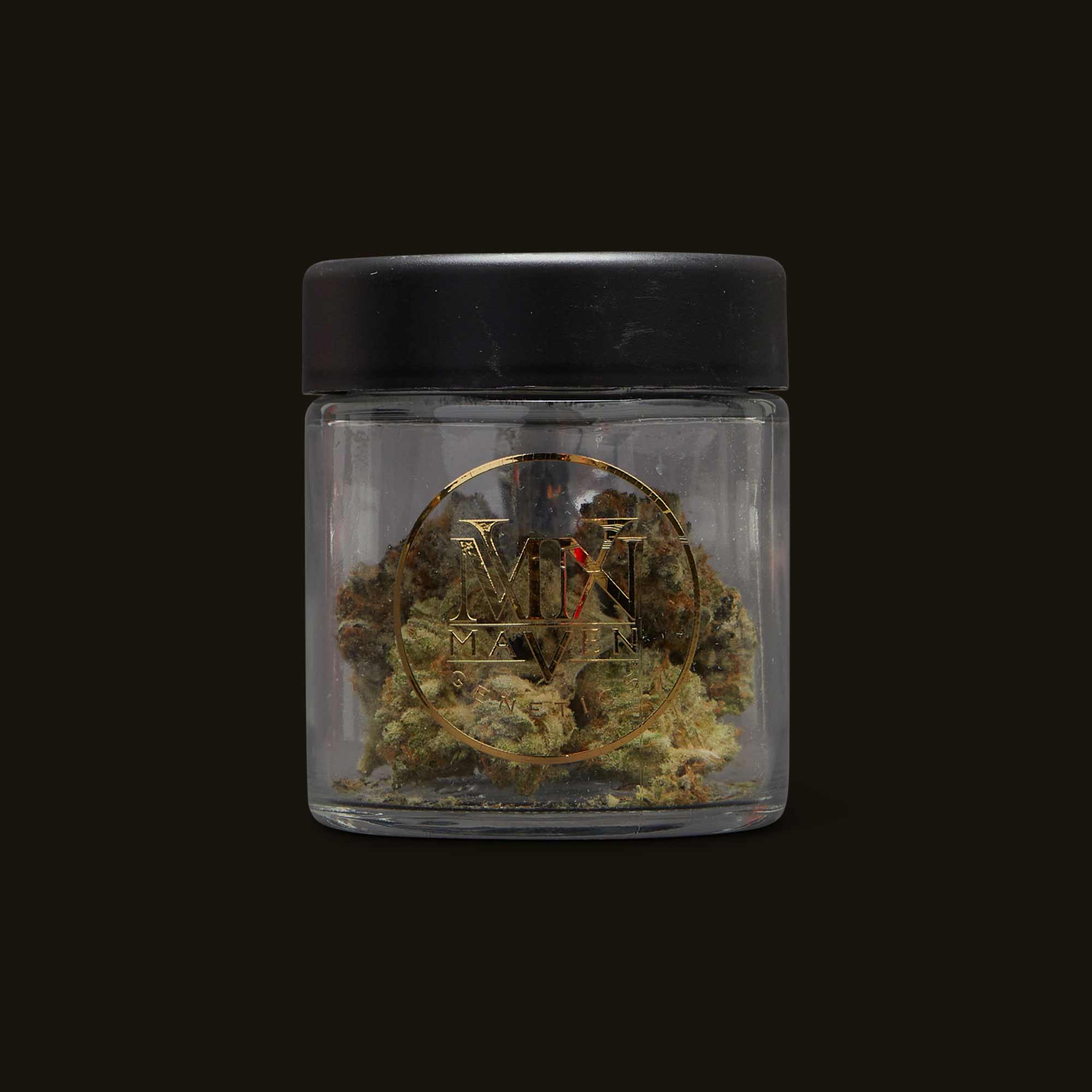 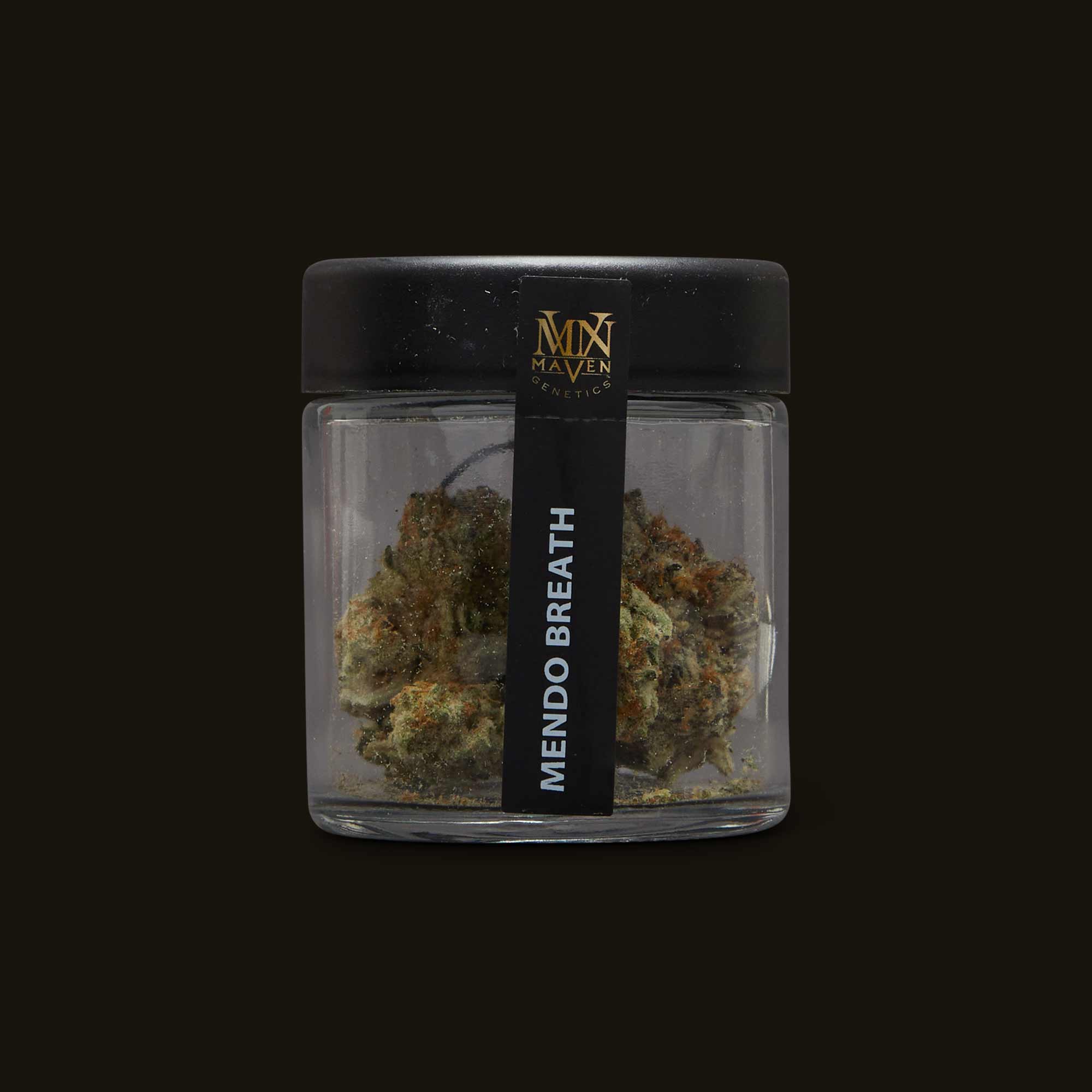 As our committee rates Mendo Breath, we capture their experience in real time through our ratings app and report everything back here.

Ranked 52 of 205 in Flower for feeling Relaxed.

This bad boy just cradled me in its arms and set me down on a bed of unicorn feathers. It's a heavy cerebral high that has me turning inwards.

This introspective, cerebral high propels you into space before quickly pulling you right back down to earth

IN REVIEW: Maven's indoor-grown Mendo Breath produces some nice hints of pepper and lemon and is smooth hitting through and through. This heavy high fuels mellowed-out mind adventures you can embark on without ever leaving your couch. It made it feel like I had been transported and set free to roam in a blissful meadow of my own design. Don't reach for this strain if you have anything left on the agenda, unless the last item to cross off is sleep.

When I smoked Maven’s Mendo Breath, it didn’t take long to be reminded of how this strain tends to catapult me out to the rings of Saturn. While purporting to be a mere 15% THC, I occasionally have also claimed to be the King of France. This hits me more like something in the 25% realm. That, or some extra powerful terpene lies within this strain which specifically affects me in such a way that for the first half hour I was riding the all-encompassing highways of the great space coaster.

“Closing my eyes during the peak of this experience brought forth a tidal wave of vibrant images and limitless potential. ”

This powerful strain made its pain-relieving properties known right away. The night before, I had eaten old turkey meat, and those consequences were starting to rear their ugly head. This strain reined in the insurrection with all the tact of a heavy-handed bouncer. For those suffering from stomach issues, or really any physical ailment in general, you would be hard-pressed to find a better product to help.

The side effects of this flower were limited to some temporary dizziness, but once that passed it was smooth canoeing, especially if you like rowing into unchartered waters. With such a deep, introspective high, I felt motivated to meditate and do some breathing exercises. Closing my eyes during the peak of this experience brought forth a tidal wave of vibrant images and limitless potential. This gave way to a sense of gratitude and genuine appreciation.

I sampled this product during the self-isolation order due to the COVID-19 pandemic, and I was intent on not being a stoner shut-in and spending the entirety of this high by playing “Red Dead Redemption 2” on my Xbox One. Instead I used maybe a scant 5 or 10 percent of my indoor time playing that video game, and I must say it really was fun.

“The tail end of this high was like a lazy train ride into Sleepy Time junction.”

When I got tired of riding around on my digital steed, I tapped back into the real world and reached out to some friends on the phone. At this time, I felt it was important to keep in touch with others, and this flower was a fun catalyst for that. Speaking to others going through the same thing was a really nice bonding moment. I took that feeling a step further and watched some live music on Facebook, which I strangely enjoyed. It sort of took me back to my old high school days of burning a doobie behind the American Legion Hall and heading over to Jake’s Tavern to catch some local band doing a passable cover of The Police’s “Message in a Bottle.” Except now, I was lying on my bedroom floor, staring into my laptop, holding a caked bowl of Mendo Breath and letting myself be carried away by a couple of Santa Monica musicians broadcasting original songs from their living room. Any strain that harkens back to the halcyon days of misspent youth is one that should be kept at the very front of your weed drawer.

This really was the perfect “quarantine at home” strain because there’s no way I could have smoked this on a day where I had a lot to do. This strain provides more of a relaxing, plodding, “I can’t deal with that right now” sort of buzz. It worked wonders for stress and anxiety—and goodness knows there is a lot of that going around these days.

The tail end of this high was like a lazy train ride into sleepy time junction. After several hours of seesawing between poignant introspection and body buzzing chillness, I vaguely recall the Mendo Breath placing me in its arms and wrapping me up in bedsheets like a low thread-count burrito. This is a terrific sleep aid. This high is best saved for days where you haven’t got much to do, or at the end of one where you simply did too much and are seeking deep rest and recuperation.