The Old Time Bubble Gum flower is an earthy Colorado hybrid. The smoke is pretty smooth, and it typically sets into a balanced high. Expect to feel uplifted and relaxed in a mellow haze, good for a mood boost and binge watching. The lazy part of the high can often fade into a more productive buzz before the calm comedown. 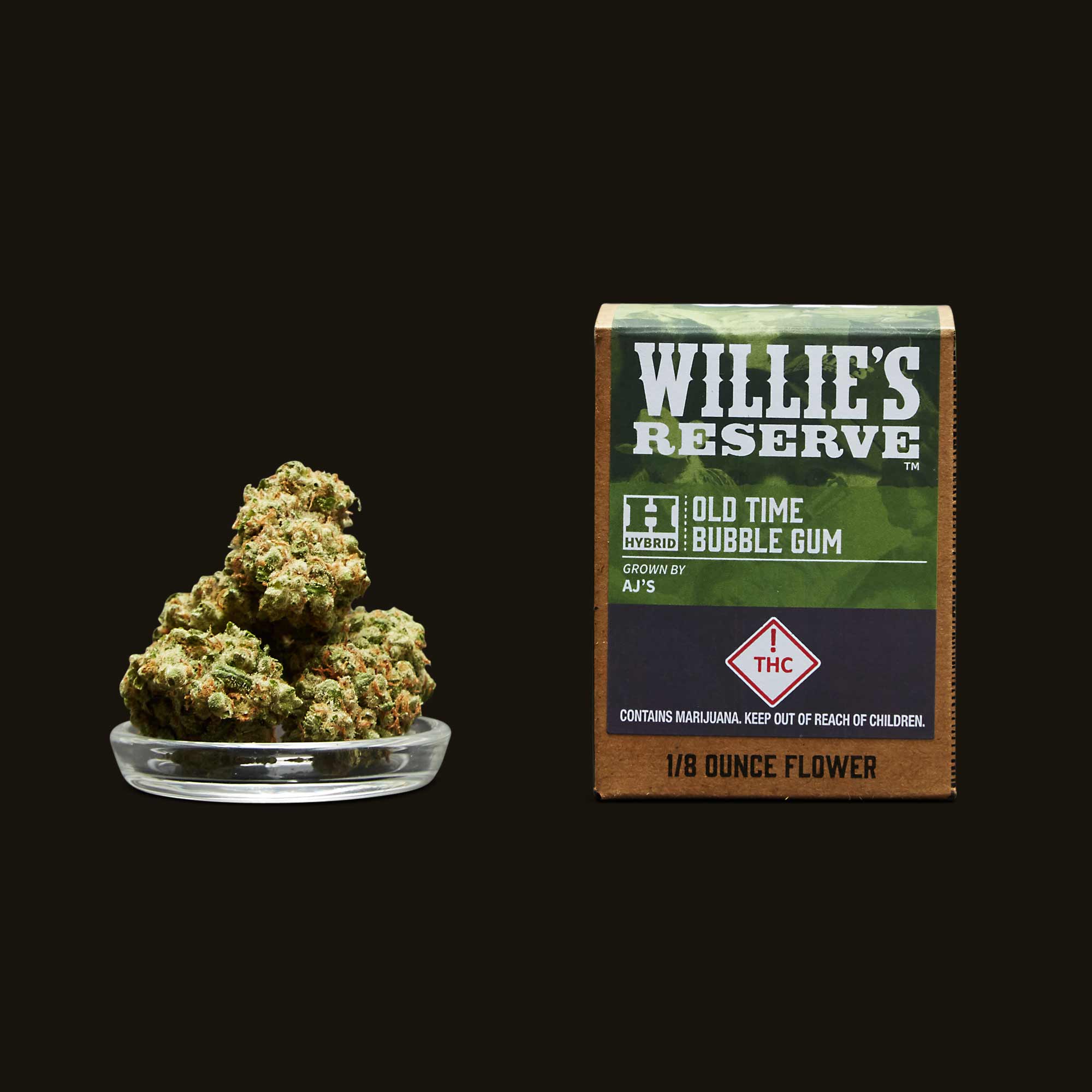 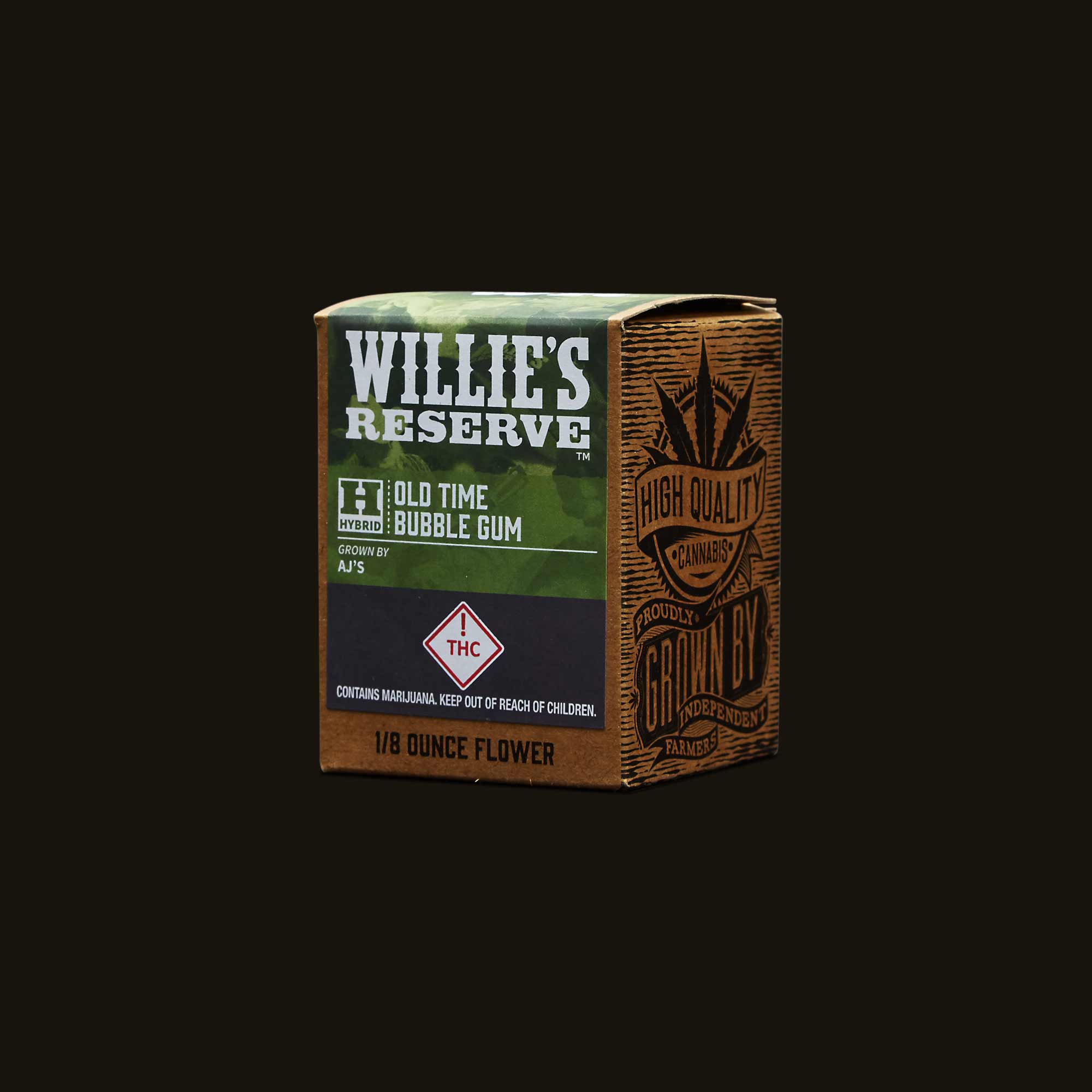 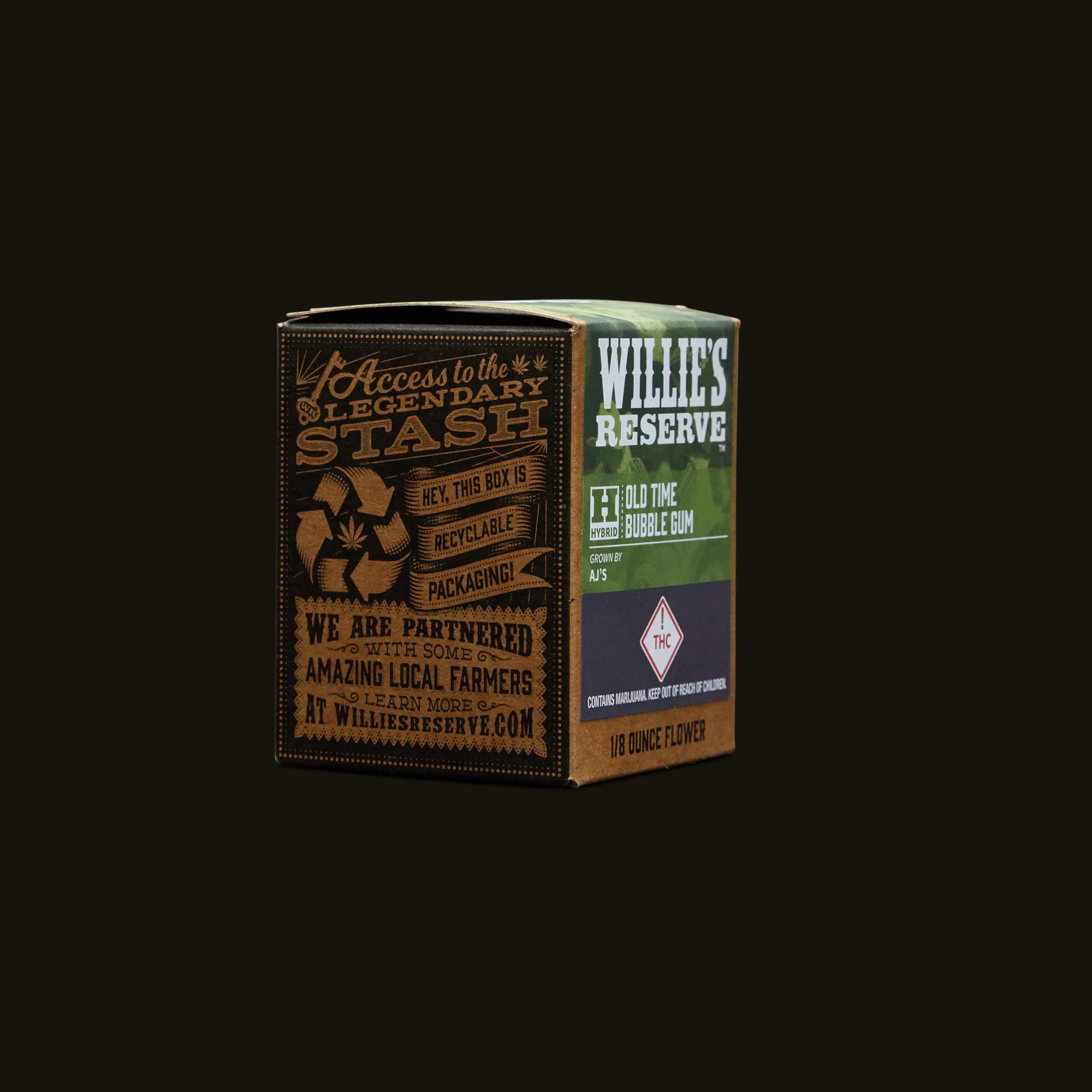 As our committee rates Old Time Bubble Gum, we capture their experience in real time through our ratings app and report everything back here.

Bring On The Funk

Here we are in Denver, Colorado, and yet many of us still wrinkle our noses at the tell-tale aroma of the unofficial state flower.

“You smell,” my wife tells me, giving me the side-eye.

This isn’t a knock on my personal hygiene or choice in cologne. It’s because I’ve been smoking flower in the backyard. She says this regularly. She herself doesn’t really mind the smell of marijuana all that much. She’s just worried about what the neighbors might think.

It’s funny when you think about it. Here we are in Denver, Colorado, ground zero of the Great Legal Cannabis Experiment where dispensaries are everywhere, adding billions to the local economy and millions in state and local tax revenues. Yet many of us still wrinkle our noses at the tell-tale aroma of the unofficial state flower. In fact, it might be the last marijuana stigma remaining in these parts: the shame of its tell-tale funk.

“Will we all eventually savor the skunky, resinous fragrance?”

It’s not just my better half who thinks this way. I can’t count the number of times I’ve heard folks grumble about the smell of Denver cannabis greenhouses wafting through the neighborhood. And at my gym, which is located in an industrial part of town, my colleagues are far more likely to complain about the smell of the grow facility down the way than they are about equally fragrant odors of a nearby brewing facility.

The local beer industry is actually a nice comparison here. Denver is a city of microbreweries. It’s hard to cruise through any part of town without catching a malty, sulfury whiff of fermenting grains. But hardly anyone complains about this; it’s part of the city’s character. But the stench of marijuana? Not so much. We’re happy to sell as much of the stuff as possible. We just don’t want to smell it, thank you very much.

Will this ever change? Will we all eventually savor the skunky, resinous fragrance of cannabis plants swaying in the breeze, like we do the rich, musty aroma of an ancient wine cellar or the ripe stink of excellent Roquefort cheese? Or are our olfactory receptors destined to be intolerant long after the rest of our bodies have embraced legalized cannabis, forever linking the smell of marijuana with something bad?

“It’s a deep and inviting smell, equally enticing and relaxing.”

If we’re ever going to revolutionize the way people think about the scent of cannabis, a strain like Old Time Bubble Gum from Willie’s Reserve should definitely help us do so. Crack open a container of these buds and out wafts sweet and nutty aromas of lavender and berries. It’s a deep and inviting smell, equally enticing and relaxing. It’s like the jar of potpourri your grandma keeps in her living room.

Old Time Bubble Gum tastes nearly as good as it smells. Each time I packed my one-hitter with the strain, the resulting smoke tasted strongly of cinnamon with nutty and sweet undertones. It’s a great flavor, one that lingers long after each hit as the buzzy, energizing effects of the flower take hold. Does the taste of the flower bring to mind the Bazooka Bubble Gum pieces my friends and I used to buy by the handful from the neighborhood newsstand? Not necessarily, but that doesn’t make it any less pleasant.

I was pleased to discover this strain comes with an equally evocative backstory. Bred under the Willie’s Reserve brand, Old Time Bubble Gum hails from AJ’s Farm, a truly unique cannabis farm in the Eastern Plains where the cannabis is grown in an underground greenhouse. According to Willie’s Reserve’s background materials, this distinctive arrangement allows the plants to reap the benefits of both indoor growing controls and sun-grown farming practices, all while maximizing the farm’s sustainability. Does the underground greenhouse help keep Old Time Bubble Gum’s scintillating yet scandalous aromas in check? I would venture to say yes.

I was feeling grand after enjoying Old Time Bubble Gum on a recent summer evening, savoring the sweet aromas and lingering taste of cinnamon on my tongue. The effects were already taking hold: a blissful, energizing head high with a slight body buzz thrown in for good measure. Even better, I wasn’t gripped by an attack of couch-lock or the munchies—the sort of thing to which I often fall prey after smoking high-end flower. In other words, it was the perfect time to engage in a thoughtful and stimulating conversation with my wife.

“You smell,” she grumbled as I approached, rolling her eyes.

Be the first to review Old Time Bubble Gum from Willie's Reserve and help others find their high.