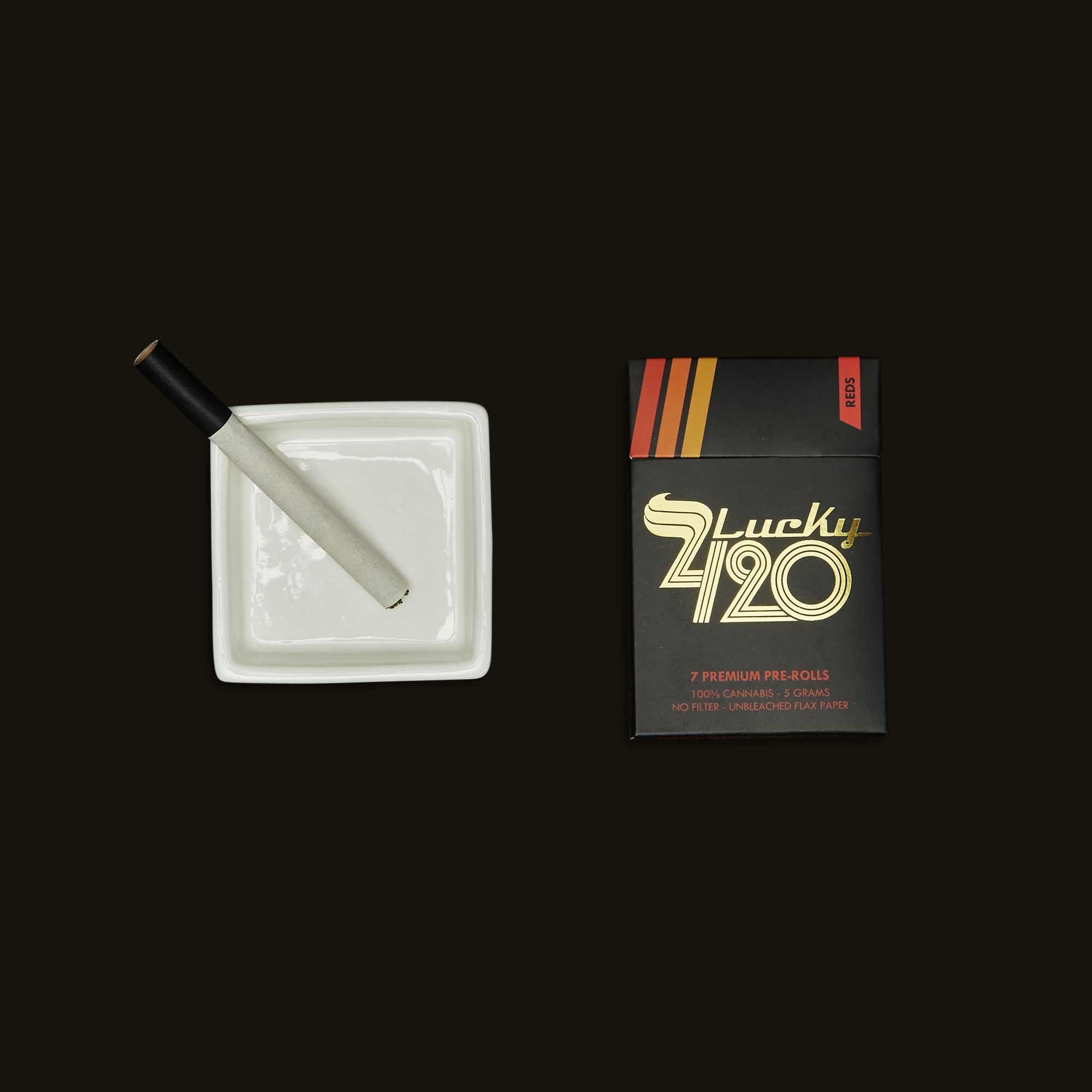 The Lucky 420 Indica Pack is loaded with earthy cream pre-rolls that typically provide a subtle body buzz and a calm, focused head high. They might leave you feeling drowsy, making these a good option at the end of a long day. The unwinding high can be good for anxiety and binge watching.

Ranked 76 of 98 in Pre-Rolls for feeling Relaxed.

As our committee rates Indica Pack, we capture their experience in real time through our ratings app and report everything back here.

Ranked 76 of 98 in Pre-Rolls for feeling Relaxed.

Expanding My (Weed) Horizon, One Joint At A Time

I’m the type of person you might describe as “high frequency.” In other words, I’m anxiety prone; a hypomanic; a busy-body. I always stick with sativa strains when it comes to weed because I like to smoke during the day, but I’ve simply got too much shit to do, and I just hate that drained feeling I’ve come to associate with smoking indica strains. Lately though, with all of the new cannabis products coming out, I’m thinking it might be good to expand my horizons and you know, tap into a groovier frequency.

Sure, I’ve smoked weed. But this is the first time I’ve ever written about cannabis, and documenting the THC-induced shift in mental stasis feels like a good first step, a natural place in which to take the plunge. Truth be told, I actually had no idea what I was about to smoke for this review–a fact for which I’m thankful, because I was pleased to ditch my prejudices and (critically) consume a mystery smoke which was later revealed to me to be Lucky 420’s Red pack of high-end, indica pre-rolls.

Before sampling the joint, I was about two-thirds of the way through an intense workday. I’m a video editor and after more than six hours in front of a screen, my back was feeling trashed. I was dreading the last couple hours of cutting it would take to call the project I was working on “good.” I’ve found that during these trying times (and by that I mean the late afternoon), a bit of icky sticky can freshen up my perspective, which in turn provides that little boost of enthusiasm, that extra pep I need to keep me productive at the tail-end of a long day. I have a hunch that I am not the first cannabis user who has experienced this phenomenon.

I slid the joint out of the package and examined it. Classic style pre-roll, translucent, with an extra thin rice paper. The joint smelled surprisingly refreshing—zesty even. The aroma was noticeably fruity with a potent skunk vibe now lingering in the air. I lit her up and sure enough I tasted fruit, possibly berries. To my delight, the smoke was very smooth and enjoyable, no irritation whatsoever. Five minutes later I was sitting on the couch, head tilted back, still obsessing over my to-do list when gradually I began to taper off, turning my thoughts instead to the music playing in the room.

“The high is like a high quality, lightweight angora sweater. Maximum cozy.”

While working, I typically keep jazz or classical music playing softly in the background. But on this day, I had some afro-beat song going. The repetitive beats felt tremendously relaxing but also had me bobbing my head. It was the late afternoon and even though this is usually my worst time of day performance-wise, I began to feel the stress melt away. In its place, I found myself thinking of old friends. I didn't mind the heavy dose of nostalgia.

In terms of any sort of a body high, I was definitely buzzing. It felt as though I was covered in a static warmth that was not too heavy. It felt like a high quality, lightweight angora sweater. Maximum cozy. I'll admit it was a bit much though to get back to work immediately.

That said, I also felt a buoyancy of spirit and a sense of playfulness. I had a sudden urge to play with my cat, something I don’t find nearly enough time to do. He was grateful for it, and we passed twenty minutes or so alternating between his tennis ball and a laser pointer. I felt present and content in the simplicity of the moment. At the end of it, the body high began to subside, leaving me slightly fatigued but nothing majorly distracting. I smoked a little more and went back to work in a great mood. I breezed my way through the last couple hours of work with no problems. Sure, I would've much rather spent that time sitting on the back deck, watching the sunset and listening to music, but a girl has to pay the rent, you feel me?

Point being, I would definitely recommend this product to anyone seeking to unwind or potentially switch gears psychologically. In my experience, it was perfect for a mid-week mental reset. While I think it’s passable for social or everyday use, I do think this high is most perfectly suited for relaxing alone and retreating into the friendlier parts of the mind. Look, I’m not much of a hippie, and I have an aversion to using buzzwords like “mindful” and “attuned.” That being said, I am hip to a groovier frequency now, so I’ll go ahead and admit that’s the vibe we’re dealing with here. And I'm grateful for it.