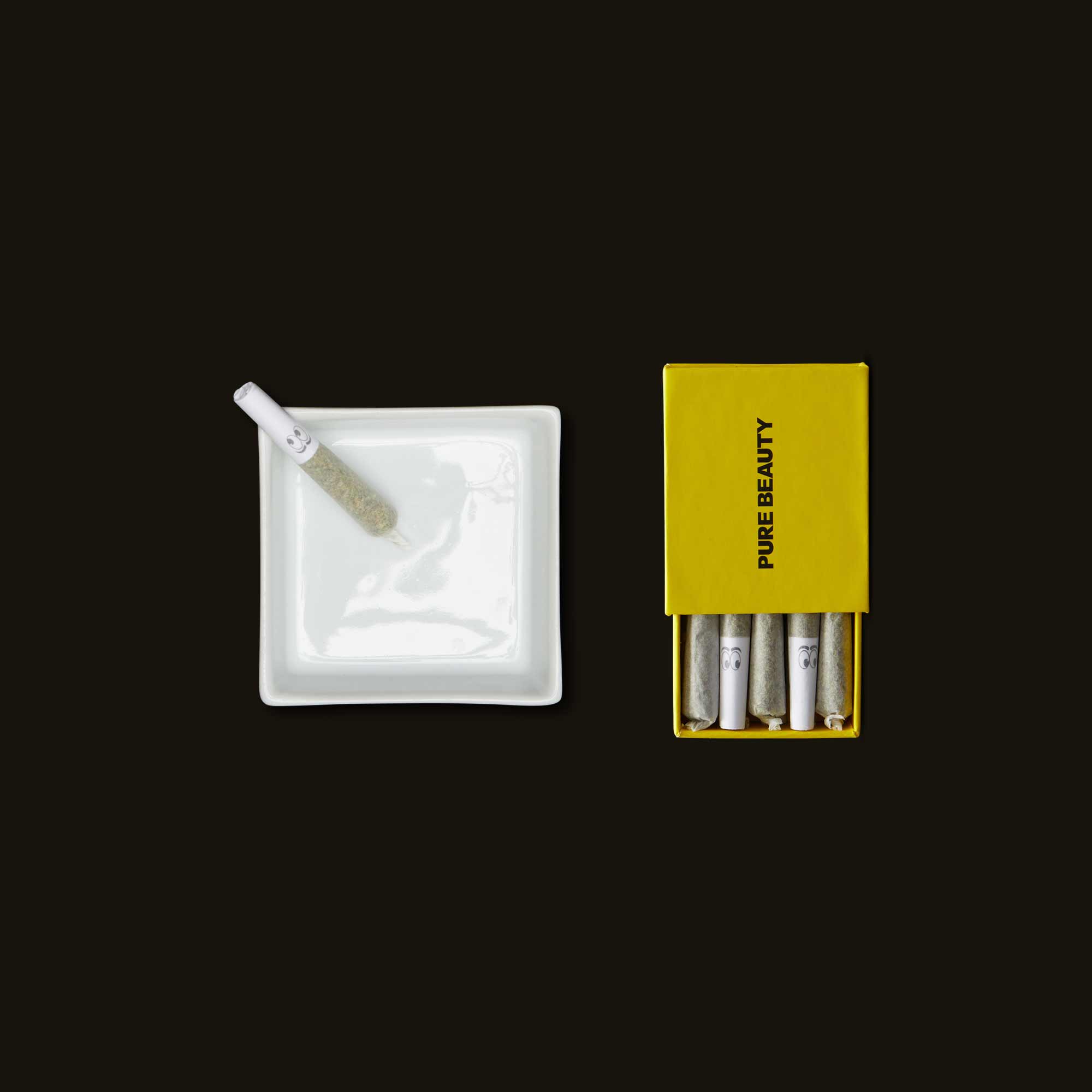 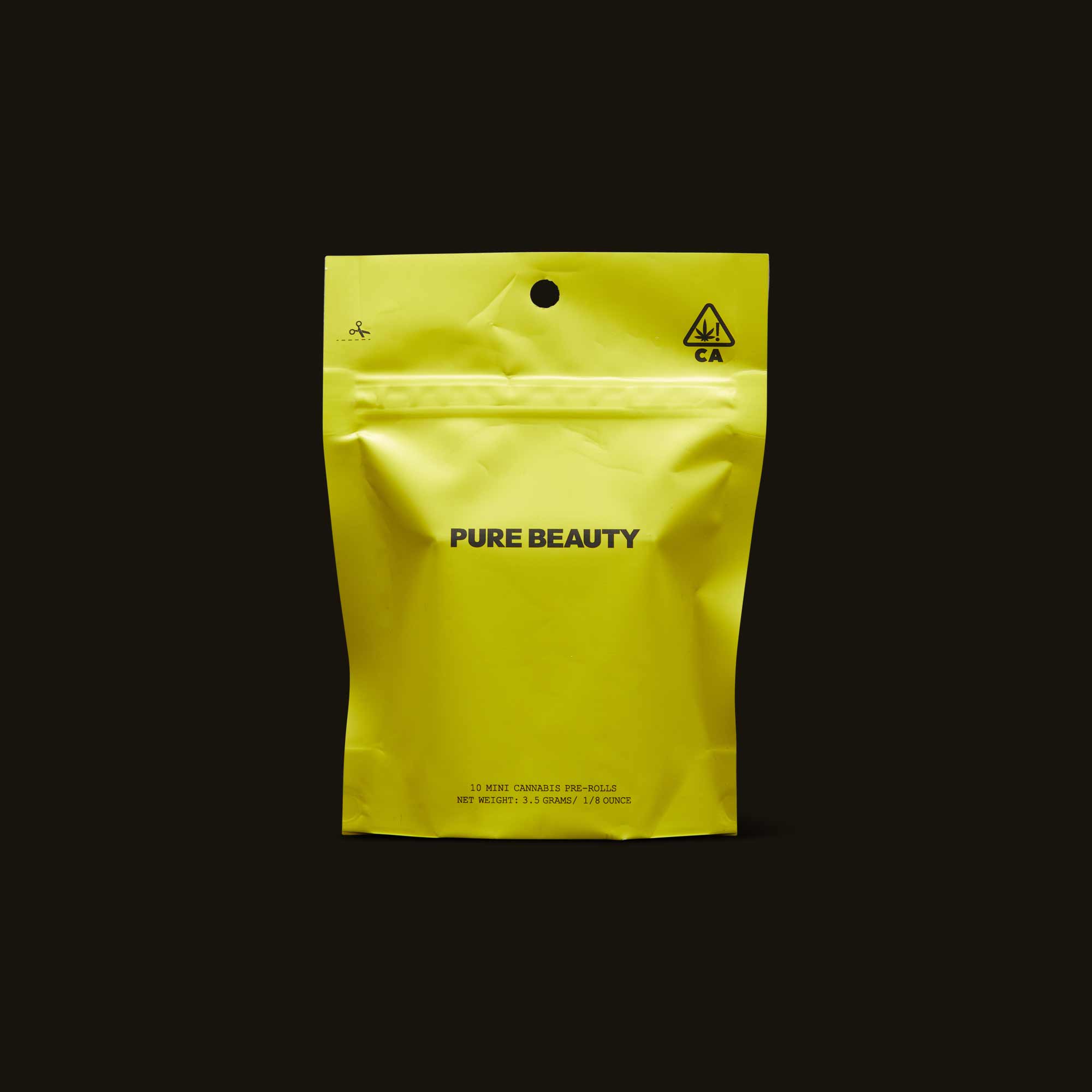 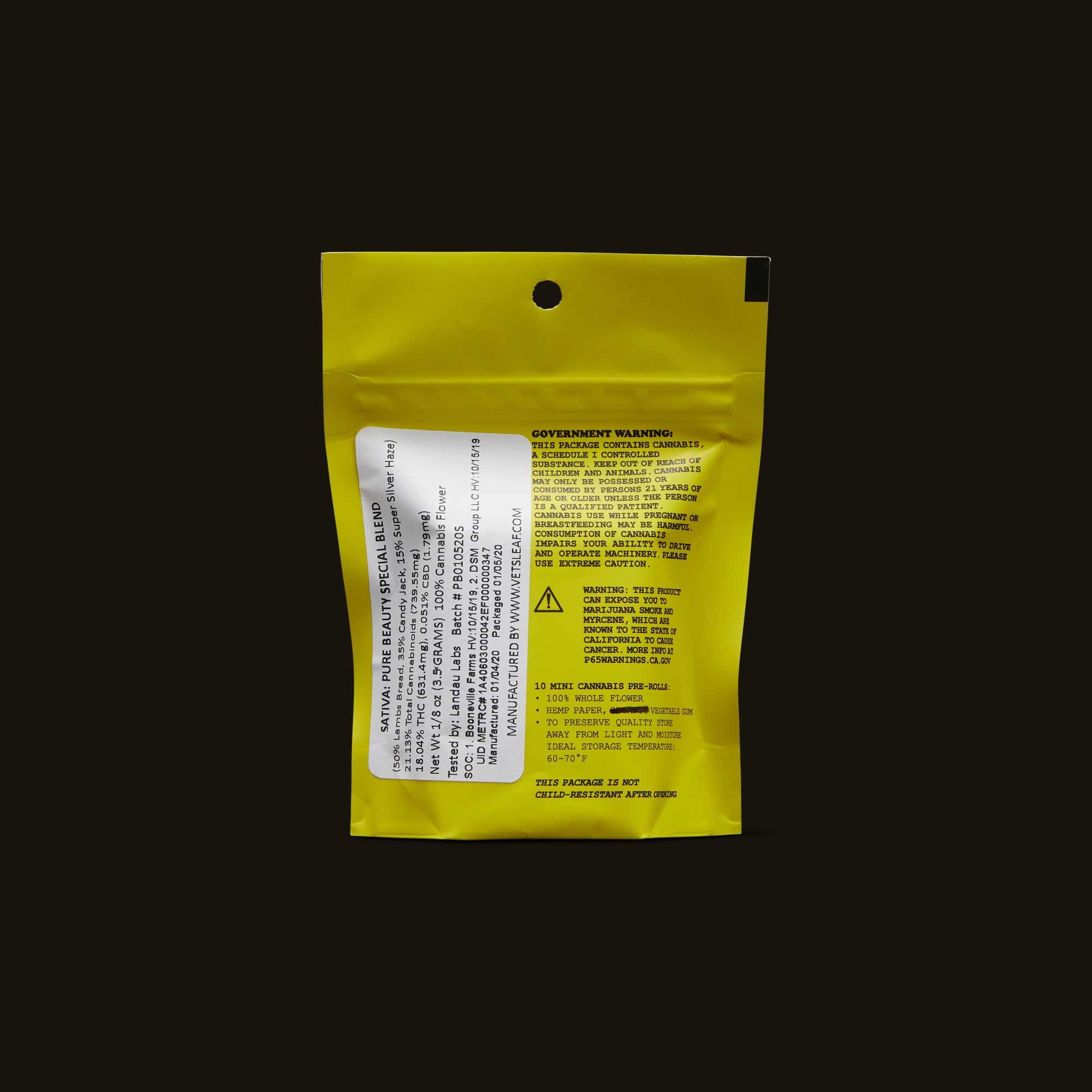 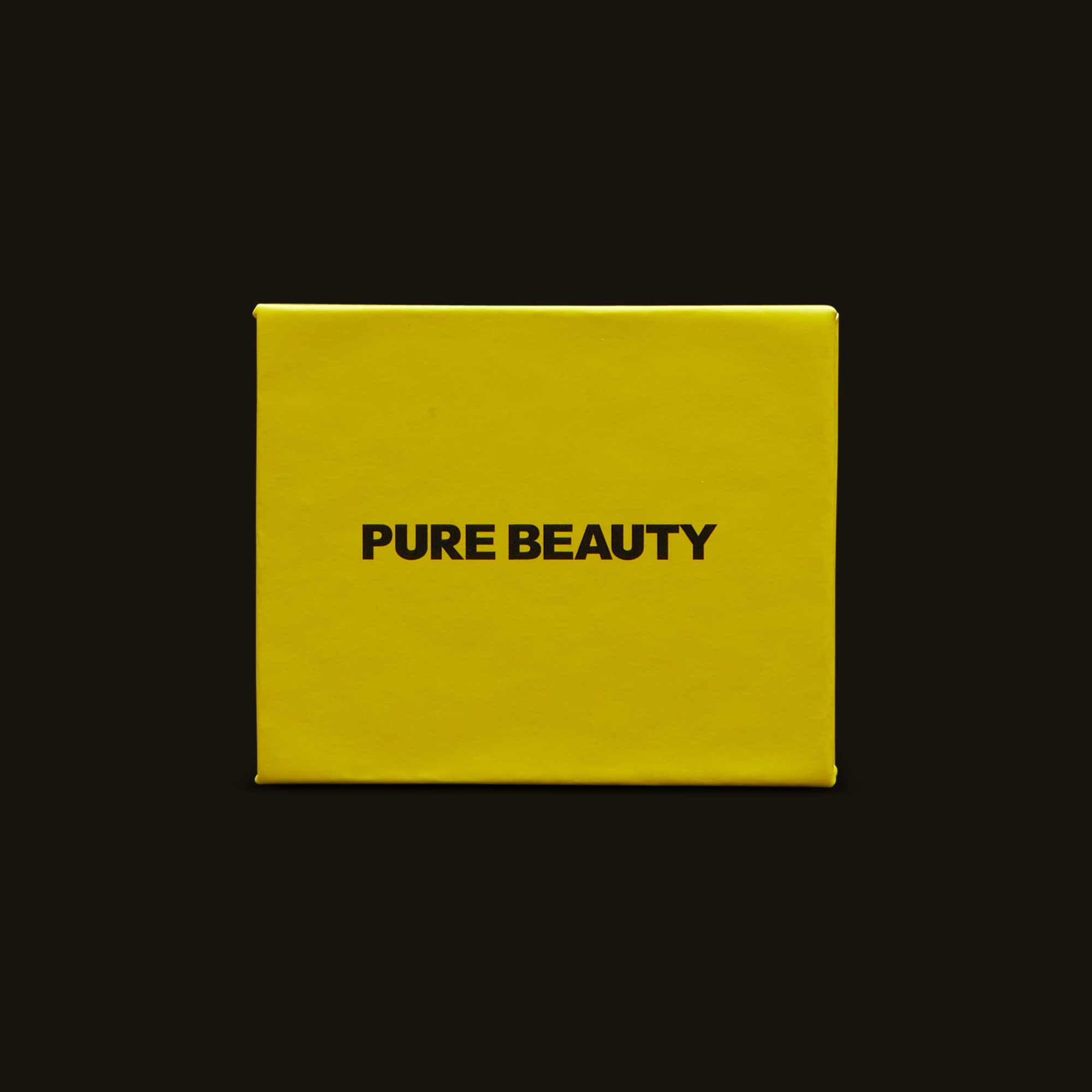 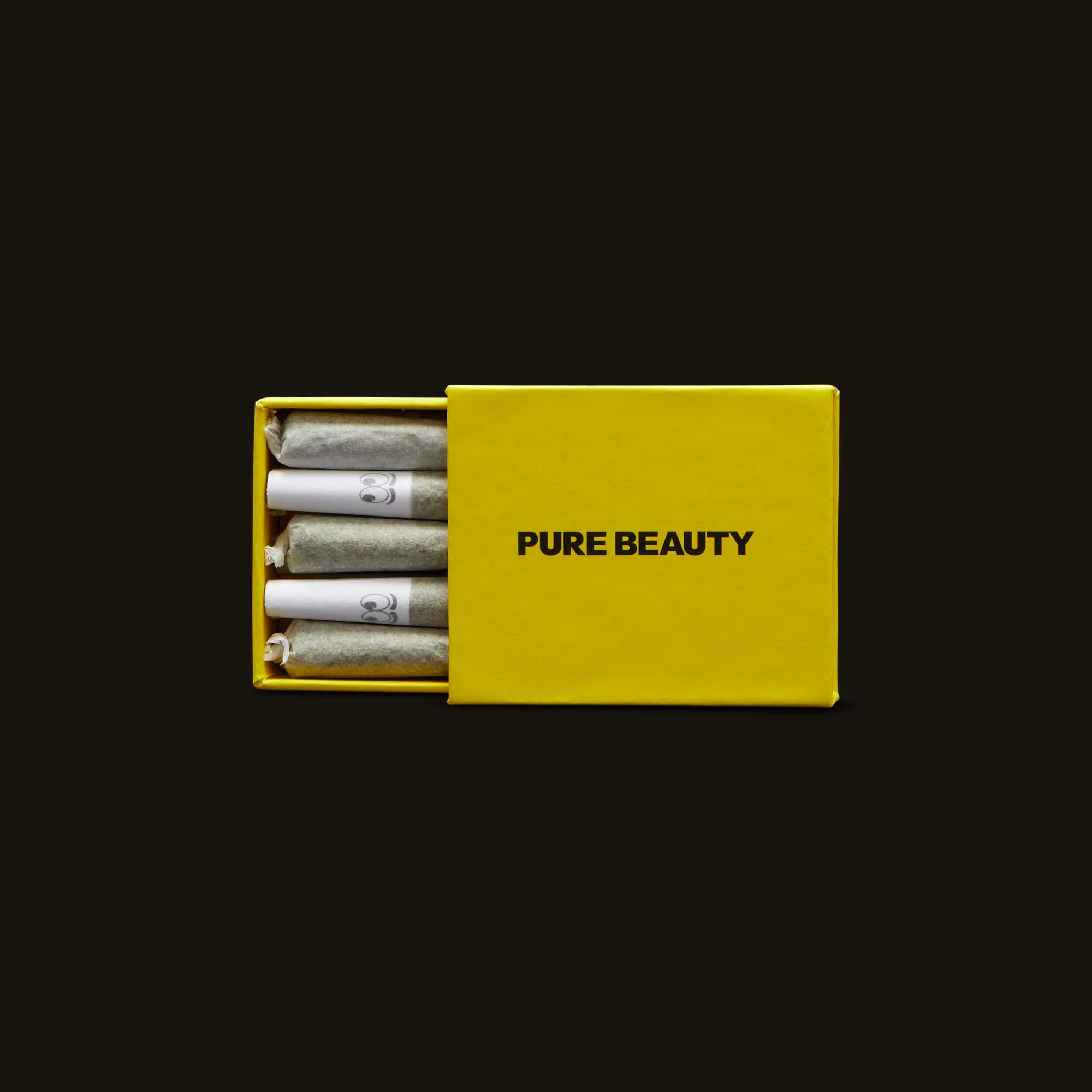 As our committee rates Sativa Babies, we capture their experience in real time through our ratings app and report everything back here.

An easygoing subtle high that is just right for household chores. Feeling positive and joyful.

IN REVIEW: These miniature pre-rolls offer euphoric, short bursts of focus. While they make a great on-the-go option, beware, the high leans towards the intoxicating side of the spectrum for some. Some small gaps in memory and vivid dreams are balanced out by a great social high that’ll help you focus on being in the moment and letting things go.

It’s late, and I’m craving guacamole. So, so badly. And chips. Those perfect tortilla chips with just the right amount of oil and salt you can only find in a restaurant. I’m ready to eat right now—not sleep. I don’t want to be knocked out for the night, and despite the ongoing debate about the validity of the sativa vs. indica designation, I know the latter will put me to bed too soon. So I decided to take a little trip to the lively Little Mexico in my mind.

“This is the kind of pre-roll that reminds me it’s worth having someone else roll perfect joints rather than going at it myself.”

Pure Beauty’s cute Sativa Babies pre-rolls, at 18.04% THC, promised me the energy and euphoria I was seeking. And just my luck, I had two of them to try. One of these little guys could fit stealthily behind your ear. Pinching it between my thumb and forefinger and holding it up to your nose yields a yummy, earthy smell—like dry wood, or the soot from a once-raging campfire.

It’s 7 p.m., and it’s time to light up. This pre-roll kicks off with a nice, easy pull followed by a hint of chocolate. It’s only slightly tangy to my tastebuds, with no gluey, papery aftertaste, though it did leave a slight film on the back of my teeth. As I let it sit in my hand puff-free for a minute, it didn’t burn out, but it didn’t roar on ahead of me, either. The cherry was even and long, growing at a steady pace. This is the kind of pre-roll that reminds me it’s worth having someone else roll perfect joints rather than going at it myself.

Soon, the muscles in my neck released every bit of stress they’d been holding. This sweet relief was followed quickly by the same feeling in every extremity. It’s as though any tension was sloughed off by some invisible foam roller. That familiar THC cloud came over my perception, and a state of mellow pondering crept its way into me. At 8 p.m. I found myself feeling a bit too normal, so I decided to finish the second half of the joint in an attempt to up my buzz. When I finished the last bit of this pint-sized pre-roll I found it perfectly portioned for the proper high.

At that point, turning back to my bowl of guac, I started to wonder if I could withstand the munchies. I then asked myself the more important question, why would I want to? I managed to finish my dinner with enough restraint to not feel ashamed at my beastly appetite, but man, did the food disappear fast.

After dinner, this good weed kept the party going with my partner. After two-and-a-half years together, I think we just found a new way to kiss. Anything that helps keep the spark alive in that department is something worth keeping around. Three hours were gone in a quick tunnel of subtle gratifications before it became that counting sheep sort of high. Not in that hit-the-pillow-hard kind of way, but more like the idea of sleep seemed scrumptious.

In the morning, I awoke to the recollection of vivid dreams. So vivid, in fact, that I seemed to have spoken out loud during a “cheating” dream! My partner and I laughed about me even imagining a double life. I found that I could recall the dream easily, but was left short of memories from the previous evening. There were blatant gaps in the minutia of my mental playback.

Still, it was worth it for a good little trip. This one may just be better suited for the home smoke sesh. Luckily, I had the perfect activity planned for my second go-around with these little beauties. It was going to be a real House Party, or at least everyone's new attempt at one as we hopped on the newly created popular app for people who want to “get together” during quarantine.

I lit up again, I was immediately cozy and took a back seat to the conversation. I was listening in and felt totally relaxed, but again, and more quickly this time, I started to notice that my short-term memory was pretty much shot. I was also more low-key energized than euphoric. My boyfriend even noticed I was slightly on edge, and perhaps not in the most delightful mood from dealing with constant technology blips. I did my best and was able to virtually play with others and remain fairly well-attuned to their needs. I was losing my understanding of things in a flash, but was somehow able to kill it at trivia! I was answering on pure reflex and ultimately found myself atop the leaderboard. Somewhere in my preexisting long-term memory bank an elite team of neurons were firing surprisingly well.

“I found plenty of empathy and an easy ability to let things go.”

We moved on to a game that was all about reading other people. Serendipitously, my boyfriend and I landed a win for matching the word “domestic” with the chosen card from our hand “guacamole.” This seemed to sum up the evening pretty well as this killer pre-roll brought things full circle.

I found myself having a thorough email exchange with one of my best friends in Detroit and followed that up with a perfectly delightful phone call with my neighborhood friend. Both were a nice reprieve filled with laughter and joy. True to the form of this memory-killing strain, I can’t tell you one thing my neighborhood friend and I talked about. The perfect cherry chimney of this joint is clearly not the only thing that tunnels in this high. Amid a very social evening, my brain and mood seemed to function at full speed in short spurts, but I ended up drifting away again into a state of lost cognizance.

Attempting some sexy time before bed, my boyfriend offered to shave my legs...I do not recommend this. In a somewhat detached malaise, our mission fell awkwardly flat, but that same detachment allowed me not to put too much pressure on the whole situation. It was easy to say c'est la vie, hakuna matata, no problem. This high made such moments possible as I found plenty of empathy and an easy ability to let things go.

When the night was ending and I was tucked in bed with my man, the high was pretty much done. It vanished away into the tunnel of the evening I’d hardly remember, except for my dreams—which provided another muddied snapshot the following morning. At no point was my trip with these minis too intense. While I was socially aware and keyed in at the moment, I was ultimately operating solely on reaction, leaving many holes in my memory. My mood hovered and plateaued a bit short of euphoria, but I would certainly love to get my next party started with a piñata filled with these babies.

Awesome giggly high. I couldn't stop laughing for about 20 minutes and then I eased into a relaxed state. My only issue is that these burn way too fast... doesn't last more than 15 minutes. Overall great high and will purchase again.