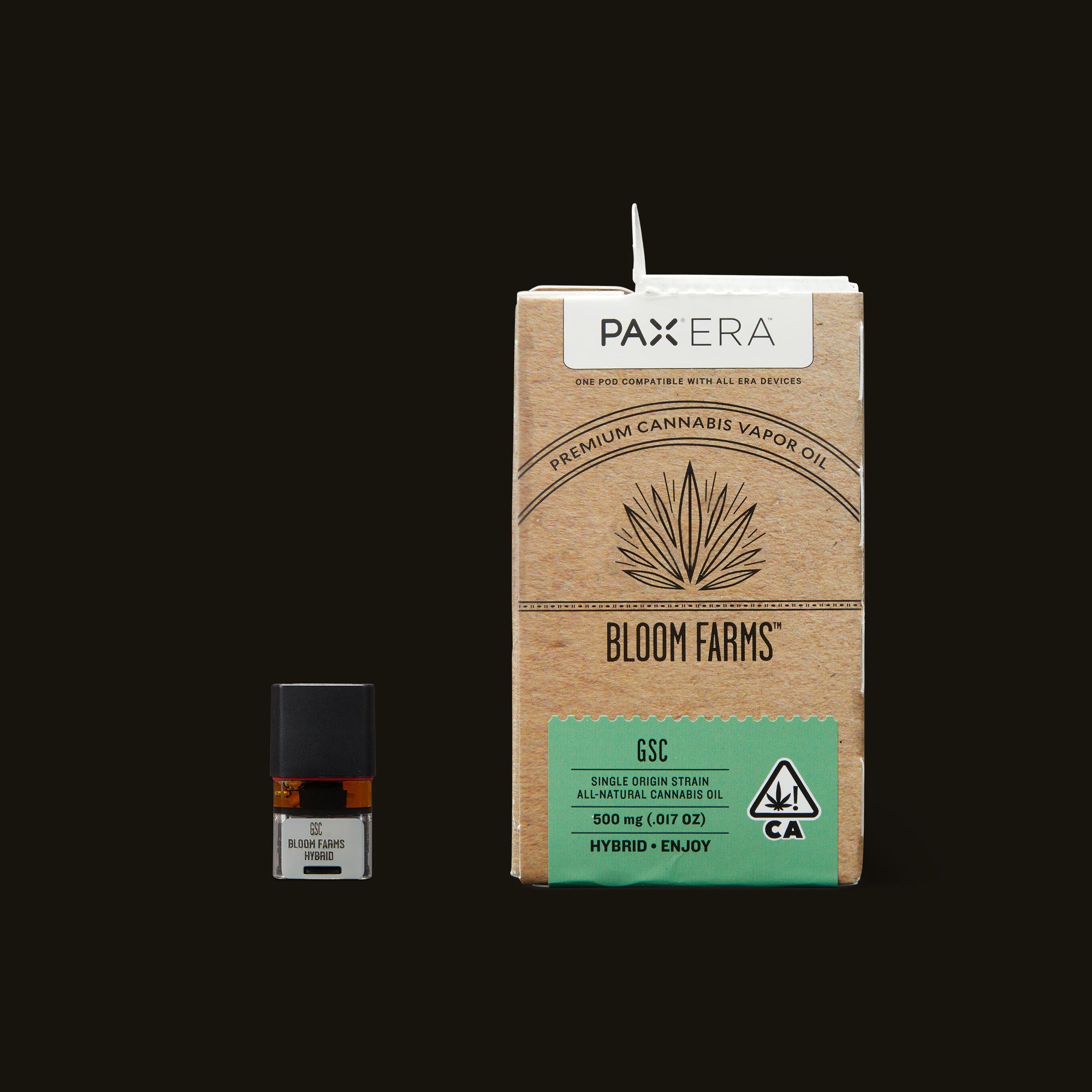 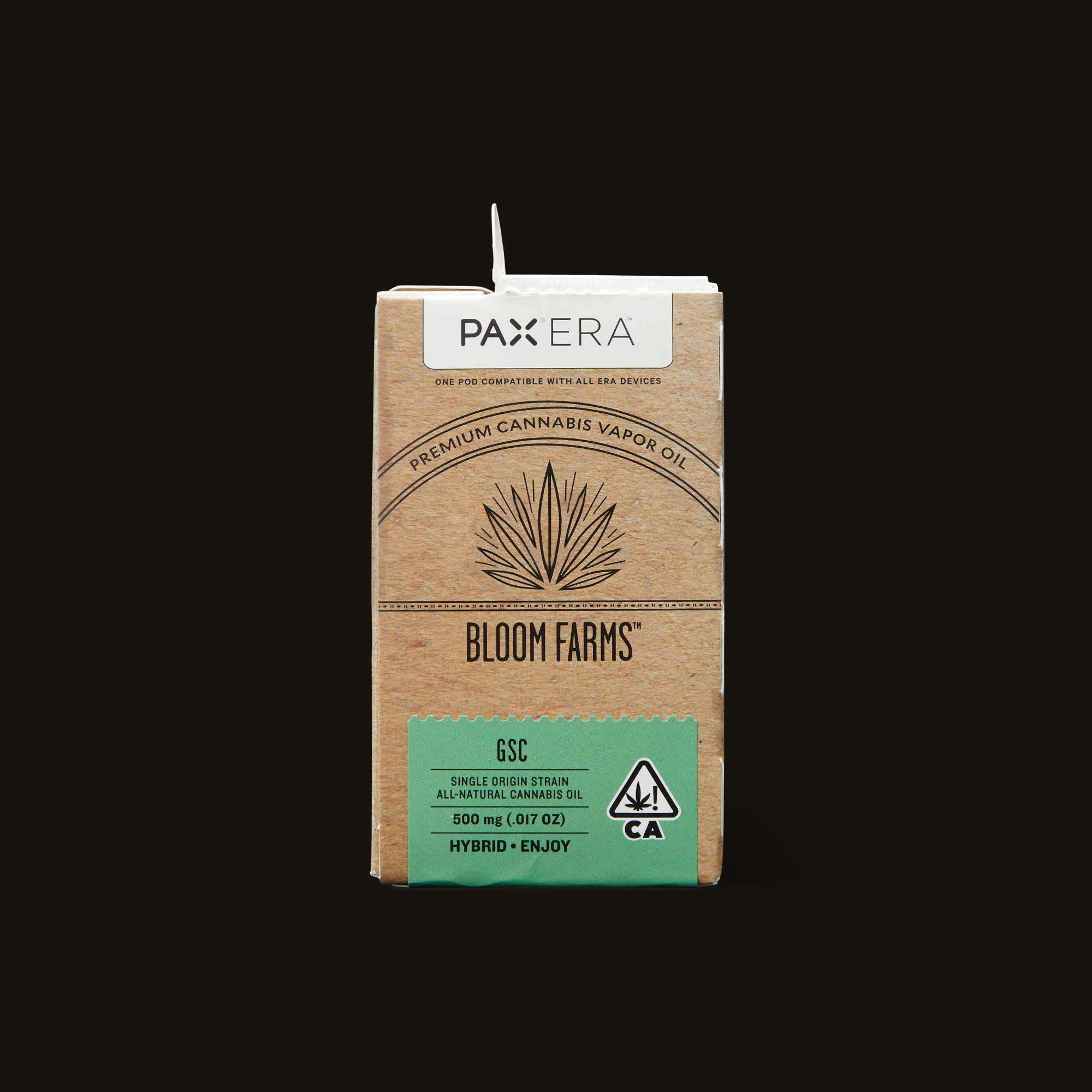 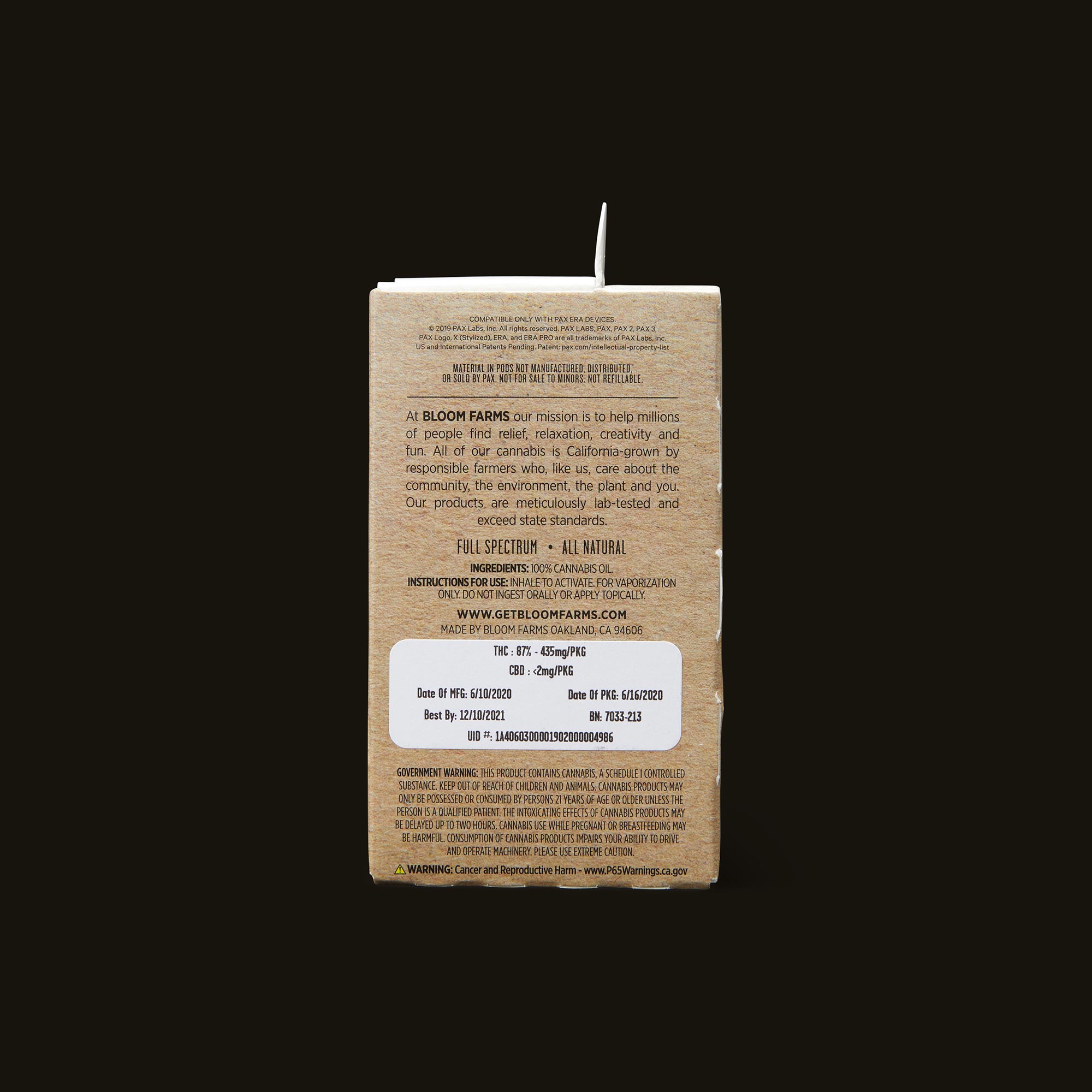 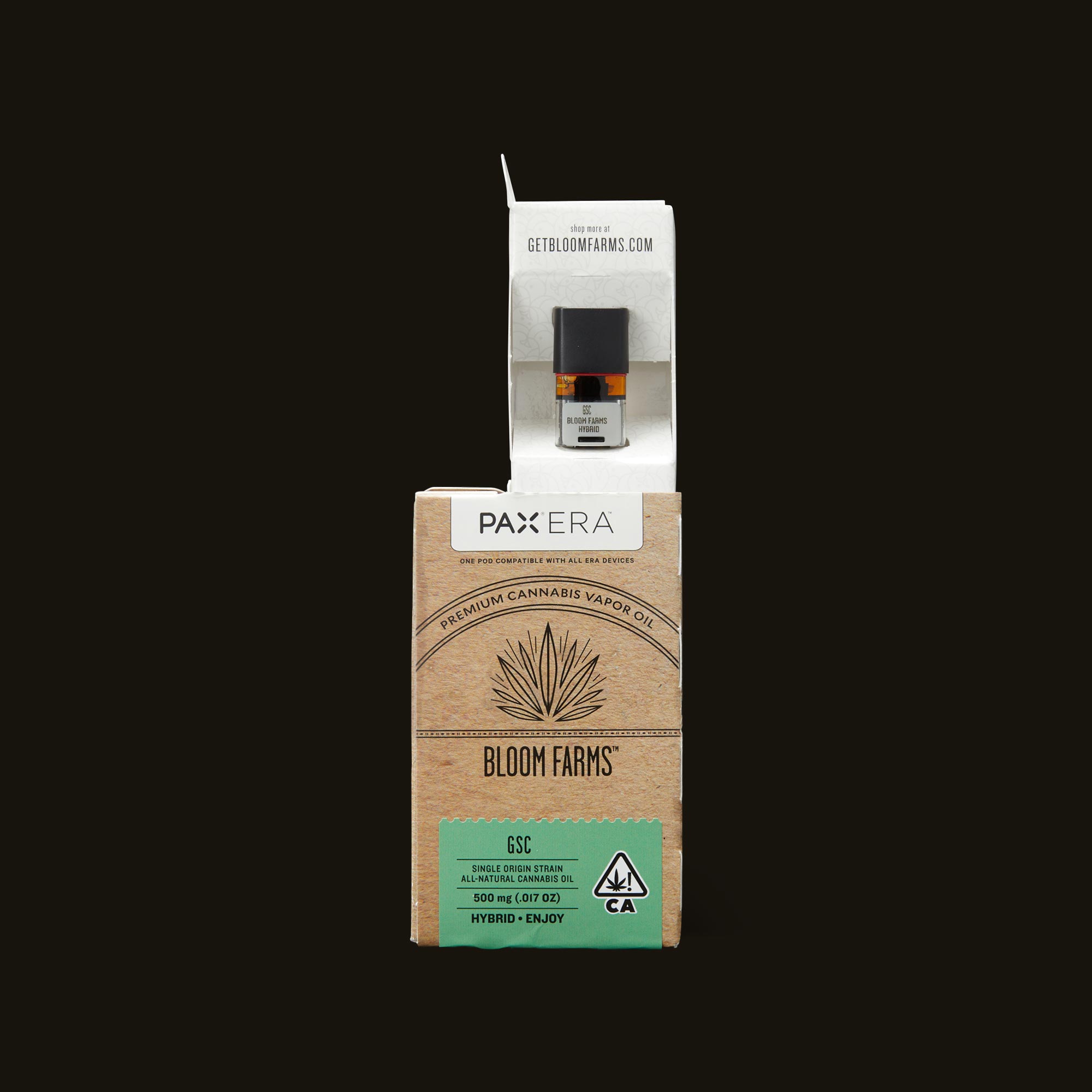 As our committee rates GSC PAX Era Pod, we capture their experience in real time through our ratings app and report everything back here.

I’ve always found this strain as a godsend if you lack an appetite—and this PAX Era pod was no different.

Acquire your Happiness Badge from this GSC PAX Era Pod.

IN REVIEW: This single-origin Girl Scout Cookies strain from Bloom Farms is a great companion to keep on you all day long. Whether you’re looking to just ride an approachable high from day to night or need something to eliminate stress and help you deal with a mess, you can expect an even-keeled demeanor and the uplifting energy necessary to keep calm and carry on.

Bloom Farm’s Girl Scout Cookies PAX Era Pod is a smooth hitting vape with subtle notes of minty sweetness. At 86% THC, it certainly packs a punch, but it stops short at catapulting you into some sort of unmanageable land of scaries. It acts as a leisurely escort, holding your hand throughout the day and reminding you to take pause and smell the hybrid flowers.

Personally, I’m always excited to see one of my favorite strains come in PAX Era form. Consistently euphoric cannabis oil combined with a stealthy and convenient means of vaping makes for a great stress-relieving tonic when dealing with the world at large. I had several errands to run when this GSC PAX pod came into my life, and it couldn’t have come at a better time. This pod was a much-needed calming influence and ballast to an increasingly frenetic day.

“I’ve always found this strain as a godsend if you lack an appetite—and this PAX Era pod was no different.”

It started with a trip to the grocery store, where I fortified myself with a few vapes before braving the Labor Day weekend crowd. The high just sent me off into a world of my own where most everything from the Nova Scotia lox to the pickled relish just sounded funny to me. My wife was busy pouring over a grocery list the size of the Magna Carta, and I was playing it a bit more loose. I kept nudging her with the shopping cart as a goof, but then I saw a look in her eye that told me she wasn’t enjoying it as much. I went off to grab a bunch of foodstuffs that I knew I would probably never eat. Like a can of curried butternut squash soup and a large jar of sauerkraut. It was just that this GSC vape made me so damn hungry. I’ve always found this strain as a godsend if you lack an appetite—and this PAX Era pod was no different.

Despite the surrounding chaos, I was more or less in a pretty laid back and content mood. I was more amused than aggravated, and this would ultimately give way to a feeling of gratitude. I found myself reaching for the PAX Era frequently, as this was a short-lasting buzz. On a day where I had nothing to do but buy food and grill burgers, this was fine by me. We had some friends over and wound up cooking a feast. I may have had five turkey burgers before I passed out in the early evening.

“By the time afternoon rolled around, I’d karate chopped my way through a number of hassles without ever feeling drowsy.”

For a small social gathering like the one we had, the GSC strain is the right fit. I found a sense of joy and laughter around every turn. It’s stealthy convenience also helped out with the fact that we had youngsters running around. Perhaps it’s the Puritan in me, but sometimes you don’t want to hand over a hot dog to a seven-year-old while holding a lit blunt.

We went to Target following the grocery store, where an even larger Labor Day crowd awaited us. Time for a few more vapes, a change of the ol’ facemask, and a quick prayer to the patron saint of department stores on a holiday weekend in the midst of a pandemic. The stress of the times was mere background music after another helping of the GSC oil. A sea of red, white, and blue met us as we entered the automatic doors. I lingered by the Starbucks kiosk for an iced latte and generally got lost while my wife purchased what we needed.

I vaped this GSC as if I’d hired it to be the door guy at a swanky nightclub. With each petty grievance that managed to sneak its way through the bathroom window, I would take a deep pull and let this hybrid oil gently take the interloper by the collar and show it the exit. By the time afternoon rolled around, I’d karate chopped my way through a number of hassles without ever feeling drowsy. It did an effective job of settling me into a relaxed rhythm while also helping me keep focus. This is a true hybrid that would benefit you day or night.

Be the first to review GSC PAX Era Pod from Bloom Farms and help others find their high.