OLD PAL’s Guava Vacation Vape delivers a sweet and smooth vapor and results in a happy buzz. Certified mood booster. It comes down gently and opens up your mind for clear thought. Consider this when you want to get problem-solving.

Ranked 99 of 316 in Vape Pens for feeling Euphoric. 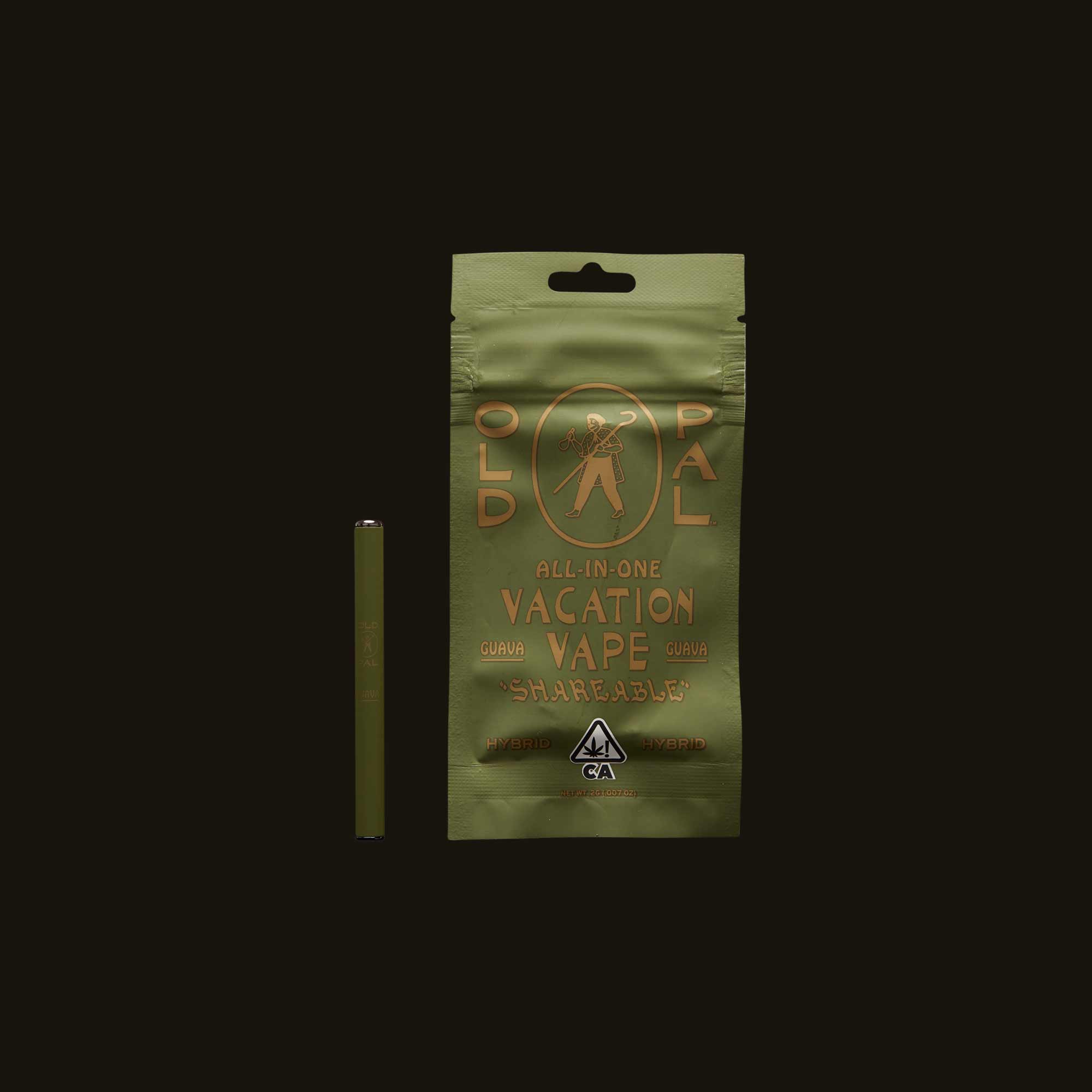 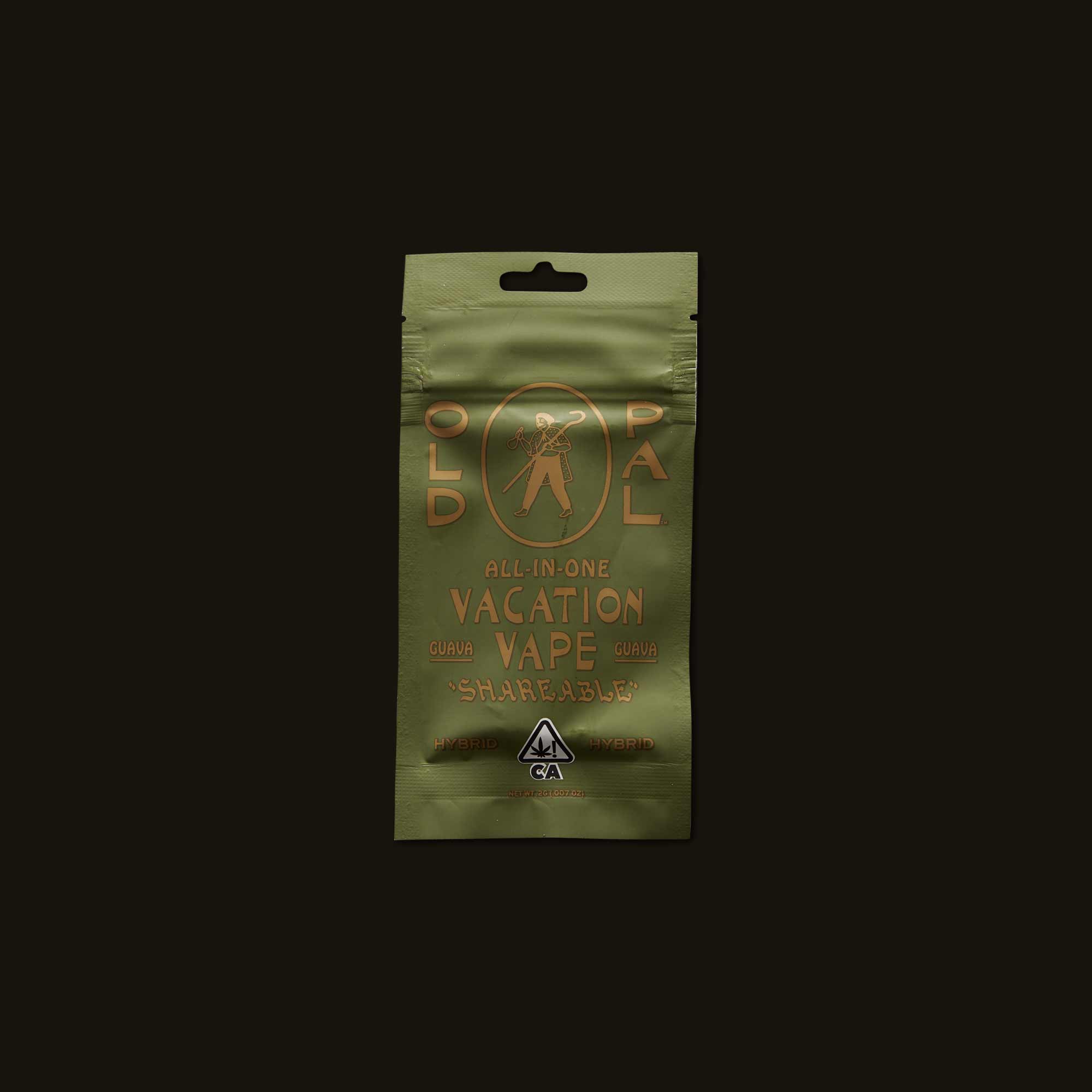 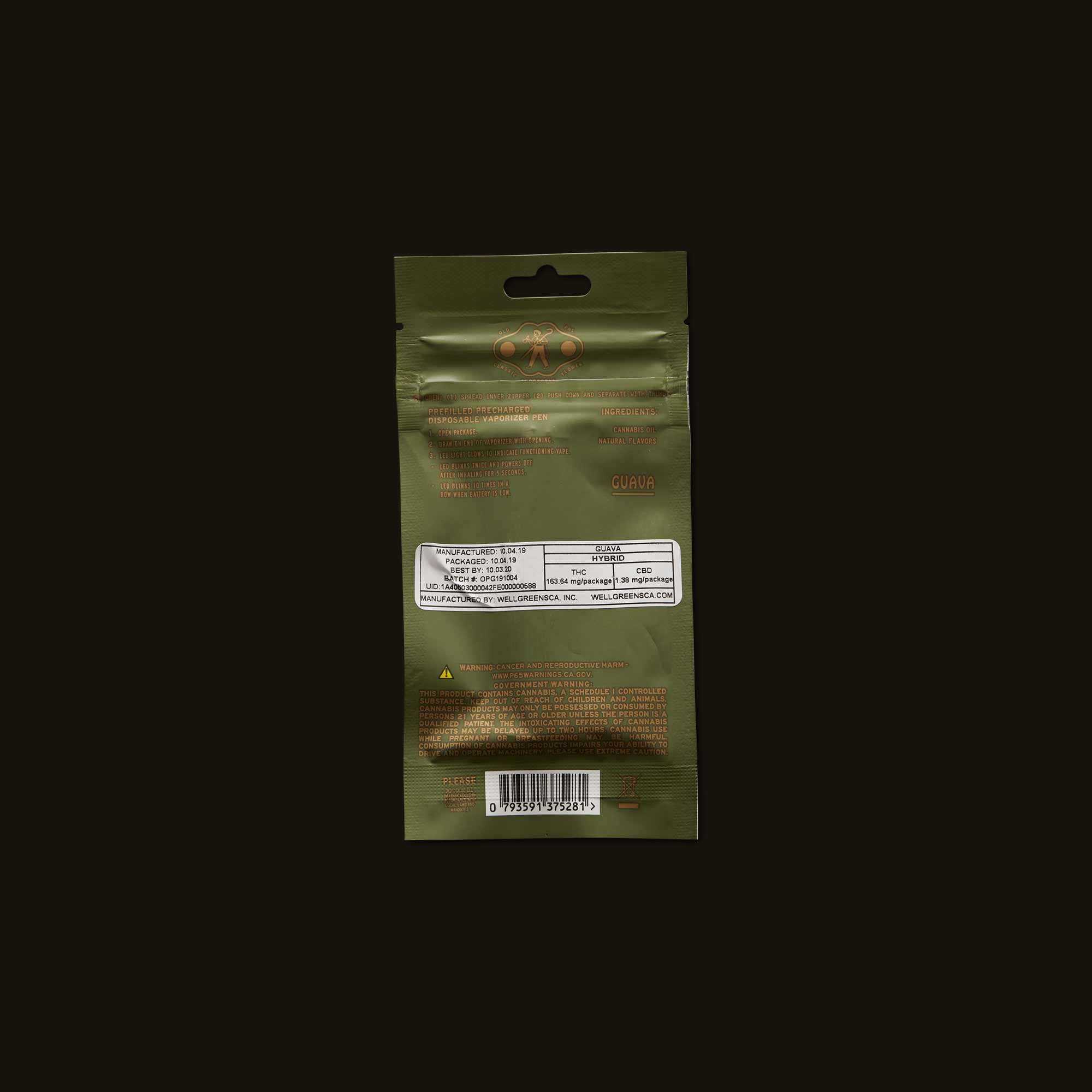 As our committee rates Guava Vacation Vape, we capture their experience in real time through our ratings app and report everything back here.

Ranked 99 of 316 in Vape Pens for feeling Euphoric.

A very delicious tasting vape that's discreet and sleek. A very subtle high that is putting me into a social mood.

After reviewing two of Old Pal's Vacation Vapes, I've come to the conclusion they're pretty awesome for new consumers

IN REVIEW: By comparing Old Pal's Hybrid Guava Vacation Vape and Indica Grape Ape Vacation Vape, PCC rater Luca found that the former can get you lifted and energetically amused while the latter can help you wind down after a long day of activities. Both vapes are much smaller than your average disposable and are designed that way. If you're in town visiting, you could very easily vape through both within the span of a weekend.

It’s a stylish 200mg disposable that delivers 81.82% THC and yearns to be vaped on the shores of some misbegotten tropical island. Alas, I did not have such a destination at hand so a parking lot in Agoura Hills would have to suffice.

As I sat in my car and waited for class to start, I decided there was no better time than the present to establish a nice THC primer before class—something that has been known to loosen me up before a friendly sparring session. The first thing I noticed about the vape is the tastiness of its guava flavor. It has a really dead-on flavor profile of a fruit that I have never seen offered in any cannabis product. A truly original flavor.

“This high gave me sustained energy and had indeed loosened me up.”

As I eased into my fourth or fifth pull, I was dismayed to find it increasingly difficult to pull from. It was a minor annoyance that gave way to a subtle, full-bodied buzz that was pointing due north. There was an undeniable positivity linked to this strain and I found my mood palpably becoming lighter. Then my gaze started to wander to the table tennis academy next door and I found what looked to be a father and son duo in the middle of a heated volley. Then they would start up again and engage in several more masterful exchanges and I was just transfixed by the whole thing. Part of me wanted to blow off kickboxing class and give one of those ping pong paddles a try. I must have gotten a bit too wrapped up in it because I was almost late for class despite sitting in the parking lot for the last twenty minutes.

This high gave me sustained energy and had indeed loosened me up as I desired. I was feeling so good that I stayed for the following Jiu-Jitsu class and that is where I felt the creativity really kick in. It was just the right amount of high to explore and have fun while staying at arm’s length from self-imposed terror at every turn. The entire experience seemed tailor-made for those with either a low tolerance or just looking for that subtle edge-chiseler. It’s a perennial cheerer-upper that makes no hard commitments.

By the time I hit the grocery store on the way home I felt this high fall to the wayside and what remained were my bones aching something serious. I had really put myself through the wringer so I was looking forward to part two of my Old Pal offerings, AKA the Indica Grape Ape Vacation Vape. It tests at 77.28% THC and comes inside a similar 200mg disposable pen.

This vape was no less tasty than its predecessor and damn near transported me to my youth where I would frequently go over to my friend Glen’s house and raid an endless cabinet of junk food. All washed down, of course, with what seemed like barrels of Grape Kool-Aid. Glen’s mother stockpiled the stuff. I would gorge myself on it and waddle home like a sugar-shocked dromedary. This Grape Ape vape had the same flavor of those harrowing days. Simpler times no doubt.

Home and showered and feeling beat up, I naturally gravitated to the couch where I could no longer conceive of a galaxy where I would be getting off said couch to cook a meal of any stripe. It was at some point between puff five and six, where relaxation had completely set in, that I had declared the night a “DoorDash night.”

“It was a ride that obeyed the laws of physics.”

This disposable, while superior in taste, became difficult to pull from. One got the increasing sensation that a decent hit was becoming illusory. It could also be that I was looking for a bigger experience than this sleek disposable is targeted for. It is ultimately a subtle high that infuses notes of joy and ease into your day and does a diligent job while falling short of any “wow” moments.

The Indica Grape Ape would go on to have the added benefit of really increasing my appetite. I nearly finished my food before the delivery guy pulled away. After dinner, I was doing nothing but winding down. In honor of this, I vaped the Grape Ape down to its metallic bone—not that hard to do with a vape of this size. I then stumbled upon a Netflix documentary entitled “Secrets of Westminster.” I wasn’t particularly interested in finding out the secrets of Westminster but my Apple remote had gotten lost somewhere (as it is designed to do), and there wasn’t a blizzard’s chance in hell of me going against the orders of this indica vape pen and leaving the confines of a prone position.

It was a ride that obeyed the laws of physics. What goes up, must come down. What helped me explore and get physical during a tough training session is what helped me recover and turn down. What else could one ask for in an Old Pal but to kick you in the hindquarters and then tuck you in at night?

Be the first to review Guava Vacation Vape from OLD PAL and help others find their high.