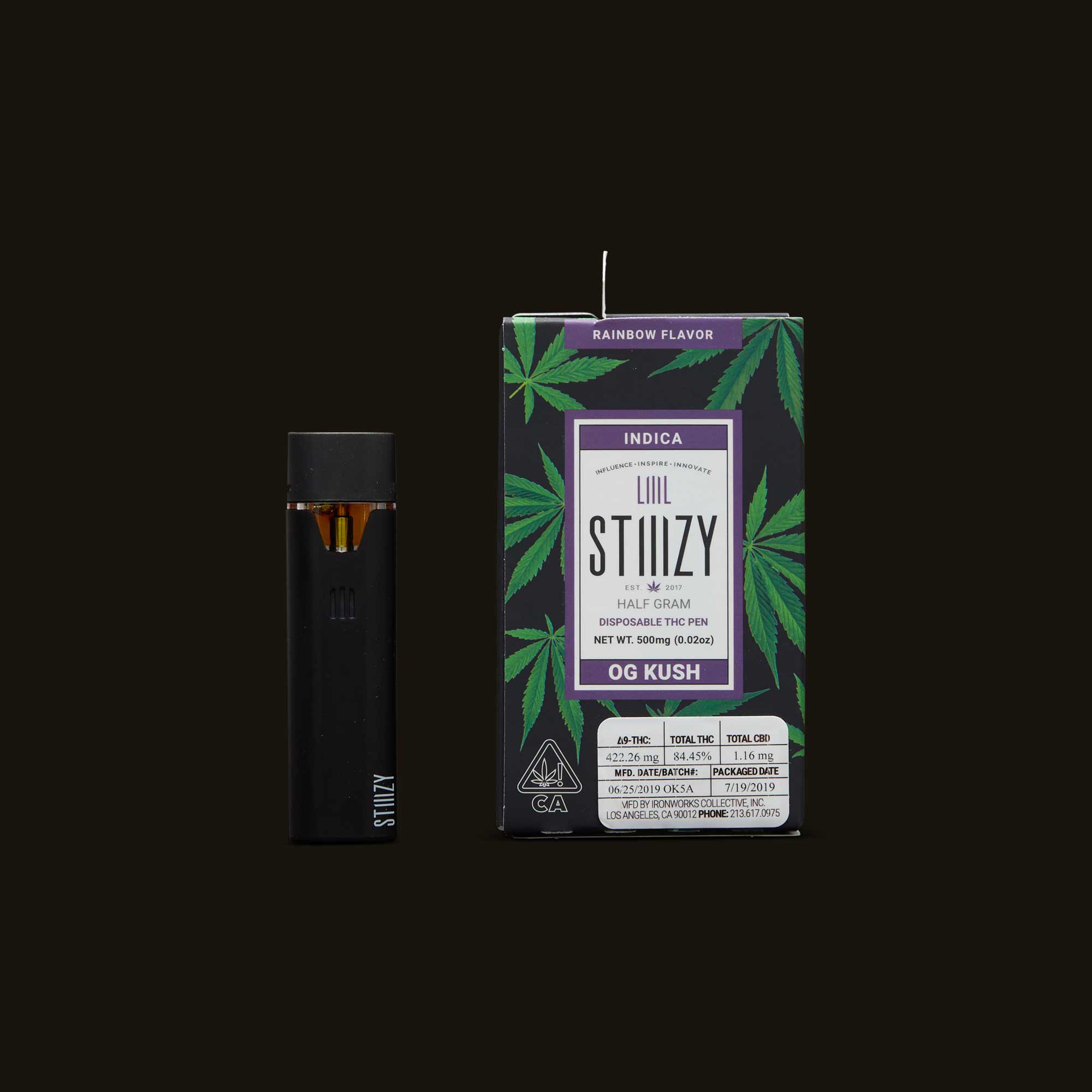 Stiiizy’s OG Kush Liiil is an all-in-one disposable vape pen with a citrus flavor and a typically smooth vapor. You can expect a euphoric head high that builds with each hit and leaves a light buzz of relaxation in the body. Use this to binge your heart out. With your shows, that is. Get settled on the sofa and consider ordering in. It could take a little effort to pull from, but with almost 85% THC, the high is easygoing. Read our full review below. 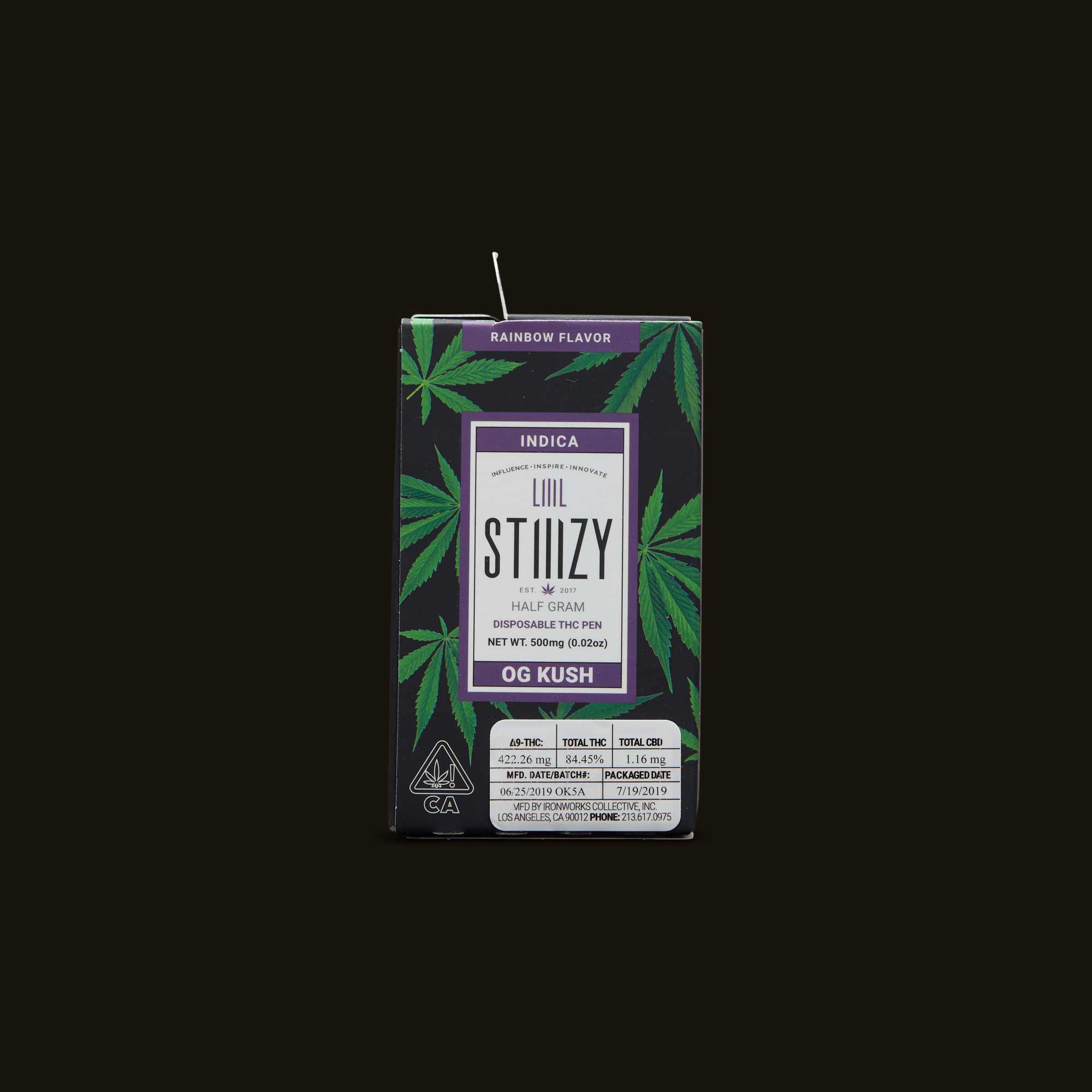 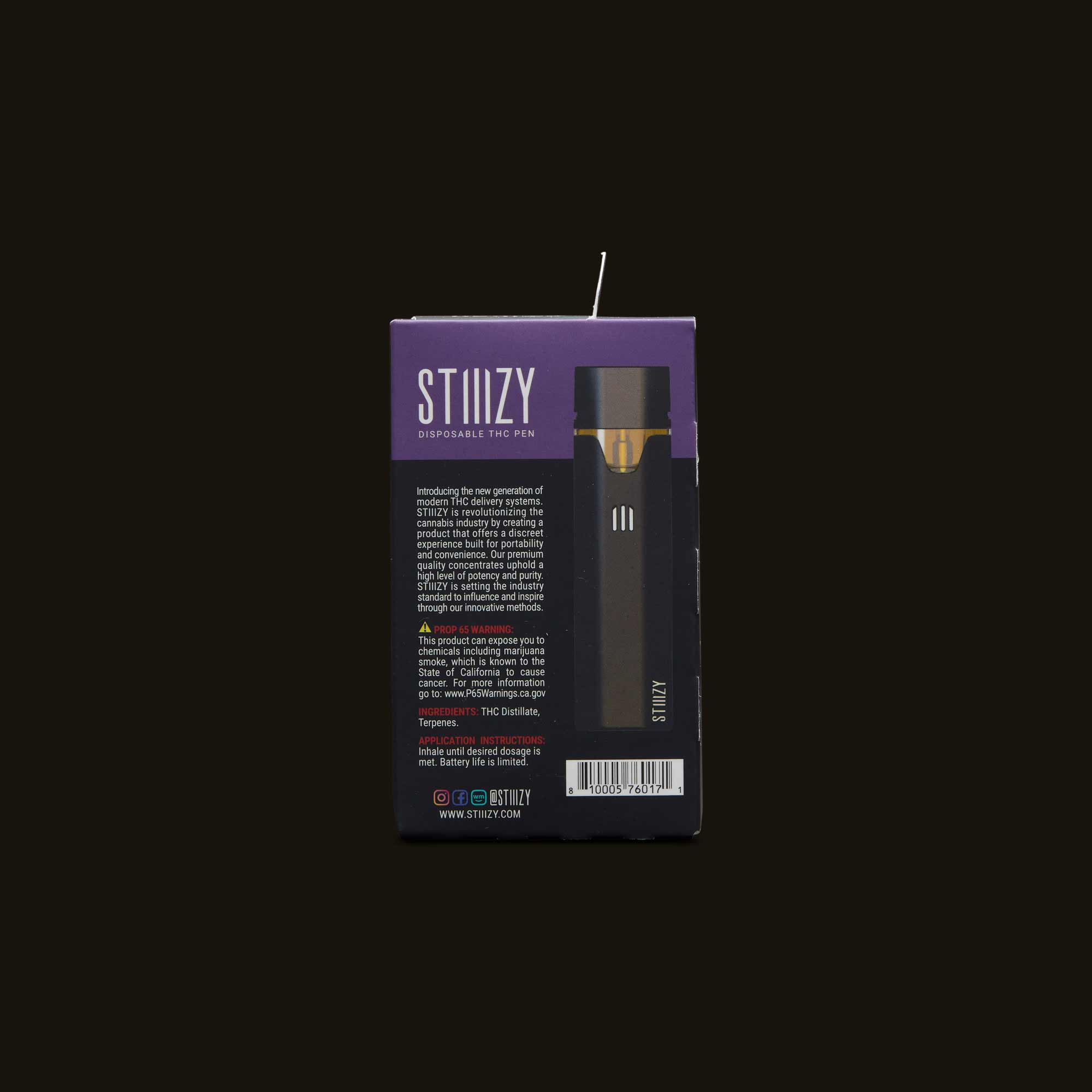 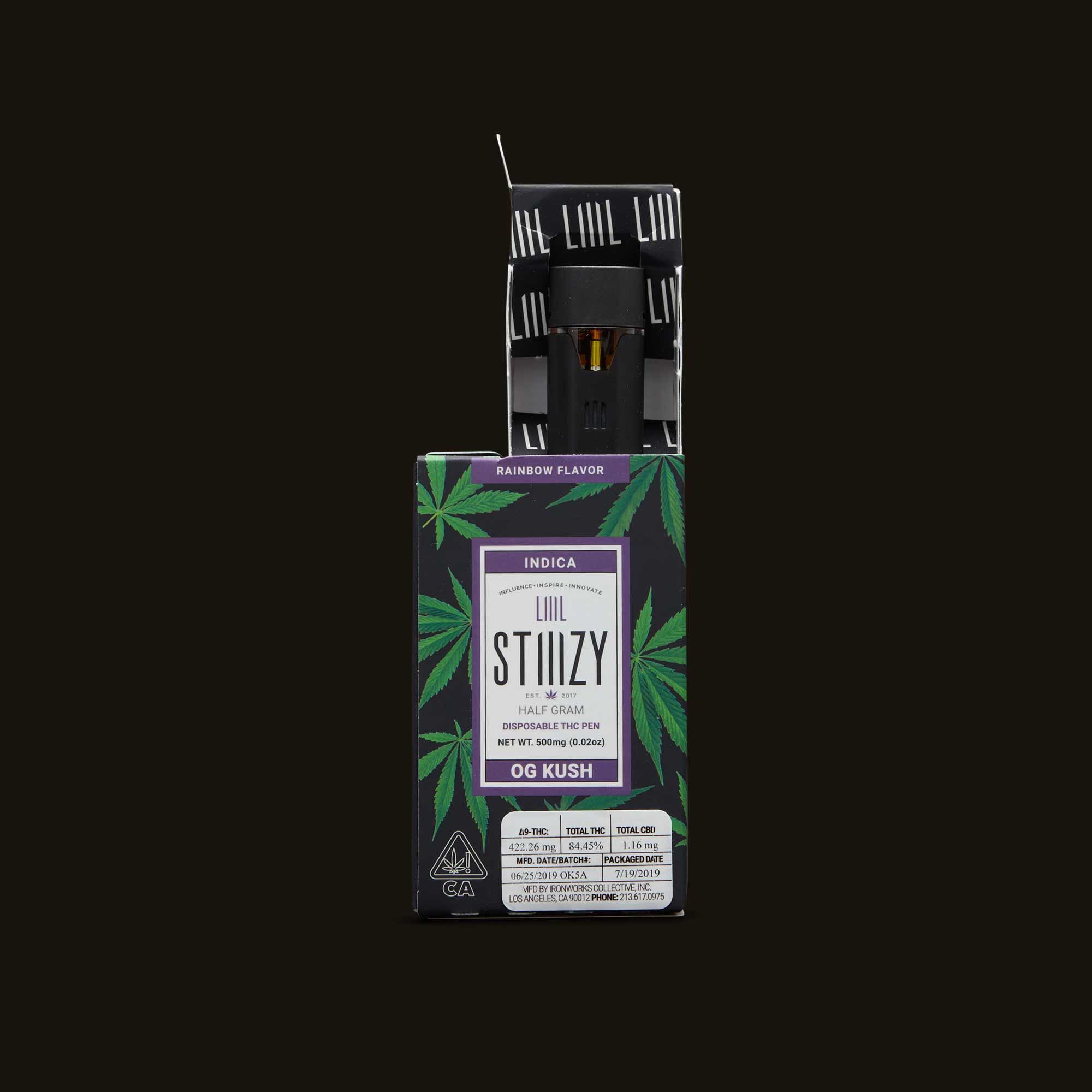 As our committee rates OG Kush Liiil, we capture their experience in real time through our ratings app and report everything back here.

IN REVIEW: These all-in-one vapes offer true convenience, though they could pull a little smoother. Powering through is worth it, and you’ll find velvety vapor that provides classic flavors true to their name. Either of these options will offer noticable effects that grow with each puff, so those new to smoking should start slow, or at least strap in. Those who know their limits will find two companions that provide steady, agreeable highs that get you through the day.

Stiiizy’s LIIIL STIIIZY Sativa Sour Diesel (82.4 percent THC) vaporizer and its counterpart, the LIIIL STIIIZY Indica OG Kush (84.5 percent THC) disposable vaporizer pen, combine for a subtle bookend to a busy workday. This pair of vapes is well suited to get you through that 9-to-5 grind, and ultimately back home for some rest and relaxation. There might even be time, if the feeling strikes you — and it just may — for some mambo.

“The cerebral effects injected me with an early morning burst of energy, acting as the perfect vaporized chaser to my morning java.”

My place of business is pretty laissez-faire when it comes to medicinal marijuana, so knowing I had a long day ahead of me, I fortified myself early with a few good tokes. This was not the easiest vape to pull from; there was some definite labor involved. The flavor was classic Sour Diesel, with distinct pepper notes.

The cerebral effects injected me with an early morning burst of energy, acting as the perfect vaporized chaser to my morning java. I was greeting co-workers with cheery “good mornings” left and right — way out of the ordinary for me. Normally I approach the drawbridge of my office with trepidation and a scowl, but after only a few puffs and I was as genteel and friendly as your neighborhood grocery store greeter.

I told myself I better keep it cool, not wanting my co-workers to get suspicious. Then I realized nobody would care, and may even ask for a hit. Then someone did just that. As I stepped outside for a few midday vapes, only a few hours into the day, my buddy ambled up next to me and stuck out his hand for the universal sign of, “Can I get some?” Jokes were told, laughs were had and a day at work didn’t seem much like work at all — and isn’t that the point?

It was a subtle high, too. Not the sort of jittery, M.C. Escher-type brain spirals that are possible to fall into. It’s important to be careful when selecting a medicinal of choice when around others in a work environment. It was just the right note of positivity that could propel you through the perennial slog of mundane, and sometimes soul-crushing, tasks. Stiiizy does its level-headed best in the form of this ergonomically pleasing disposable. While it wore off quickly, that was a trait I actually found reassuring since I had actual work to complete.

“It helped lull me to sleep like Dorothy gallivanting through the poppy fields.”

After the proverbial factory whistle blew, as I arrived home, I was quick to sample Stiiizy’s Indica OG vape disposable. It was just the right afternoon antidote to some harrowing rush hour traffic. I started to unwind almost immediately. First came the sweatpants, then the plopping down on the couch. Before long this OG high had me and the wife entirely invested in a “Cold Case Files” tripleheader. As I vaped liberally throughout, an inner fire burned deep and true. What they say about oysters and Luther Vandross can equally apply to this classic strain. It was not long before the Mrs. and I eschewed the soothing narration of Bill Kurtis waxing rhapsodically about a cold case out of Chattanooga for the more immediate concern of “getting it on” (as the kids are saying). Full disclosure: I have no idea what the kids are saying.

All I know is Indica Stiiizy worked well for relaxing after a long day at work, and had the added benefit of pulling whatever levers need to switch on in your brain to unleash the libido. In the end, it helped lull me to sleep like Dorothy gallivanting through the poppy fields.

Both LIIIL STIIIZY disposables provided a subtle escape from the grind of everyday life. They are great as something to reach for when you desire a small change in habits, whether that be wishing someone a great morning, thus paying the positivity forward, or shutting off the television at night in favor of being present in your relationship.

Be the first to review OG Kush Liiil from Stiiizy and help others find their high.